J.J. Abrams has been known to put his Beastie Boys fandom on display in his films, like when he stuck “Sabotage” into his first Star Trek movie. For his upcoming Star Wars: The Force Awakens, however, it seems he’s taken things a step further. According to newly leaked images of a Hasbro Black Series action figure (via Jedi Insider), Abrams has created a whole character as an ode to the legendary rappers.

As io9 points out, the alien X-wing pilot is named Ello Asty, which is essentially a cockney pronunciation of Hello Nasty, the Beastie Boys’ 1998 album. What’s more, there’s apparently some Aurebesh (the made up Star Wars written language) on the chin strap of the character’s helmet which translates to “Born to Ill,” a clear reference to the hip-hop trio’s debut LP, Licensed to Ill.

Unfortunately, there’s no clear shot of this writing; the words on the character’s vest read, funnily enough, “pull to inflate,” and the symbols on the helmet’s front aren’t Aurebesh. It’s also unlikely Ello Asty has much of a role in the film, though seeing as Oscar Isaac’s Poe Dameron is also an X-wing pilot, there’s certainly the chance for some on-screen interaction between the two.

Check out a full image of Ello Asty below. 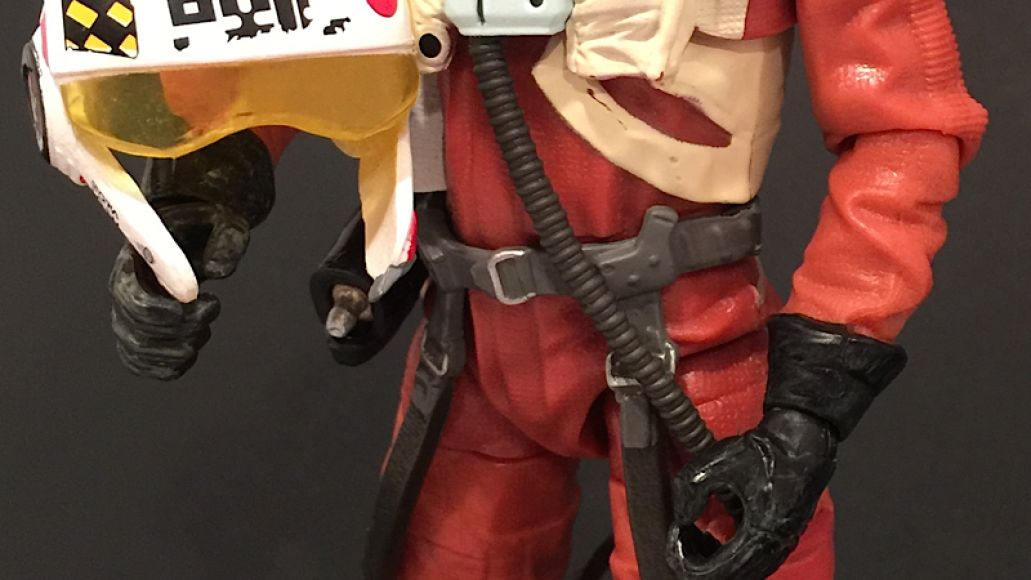 Star Wars: The Force Awakens character is an ode to Beastie Boys