Vic Chesnutt passed away from overdosing on muscle relaxants on December 25, 2009, at the age of 45, leaving behind a massive legacy and a giant hole in the lives of the people around him. The singer-songwriter, confined to a wheelchair with limited use of his hands since a car accident at the age of 18, gave the world over two decades of thoughtful, sardonic, and poignant songs on nearly 20 albums. Chesnutt was a masterful songwriter who utilized cynicism and raw sincerity, offering a worldview not seen before or since. From Athens, Georgia, Chesnutt was a friend and inspiration to many involved in the music scene, working frequently with artists like Michael Stipe, the Elephant Six Collective, and Kristin Hersh of Throwing Muses & 50 Foot Wall.

Nearly six years after his passing, Hersh has written a memoir chronicling her memories of touring with Chesnutt, the times they spent together, and his impact on her life. Don’t Suck, Don’t Die serves as an intimate window into Chesnutt & Hersh’s friendship, that of two (self-described) broken individuals who bared their souls onstage every night and found solace in each other’s company. Hersh’s tale offers a rare look into Chesnutt’s life from the point of view of someone who knew him as well as anyone. 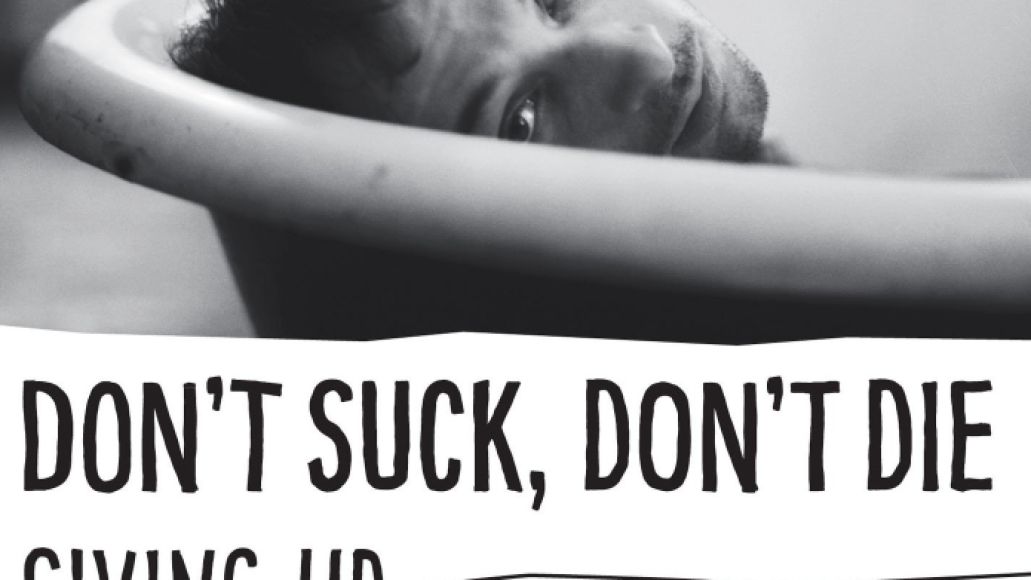 Kristin Hersh is a musician who has built an extensive discography through her various bands and solo recordings. She currently lives in New Orleans, and this is her second book after Rat Girl, a memoir about her life and career.

Hersh and Chesnutt were close friends who toured together across the world for many years, often playing sets together onstage. Together with their respective spouses, Hersh and Chesnutt formed a makeshift family of what Hersh called “people who don’t belong,” but as Chesnutt told Hersh, “We don’t belong together.” Their long friendship was filled with ups and downs, from being crammed in cars and vans driving across the country to Chesnutt spending a year without returning calls or emails. However, things were left unsaid when Chesnutt passed at the age of 45. Hersh’s knowledge and understanding of the person Chesnutt was remains paralleled by few in his life.

Don’t Suck, Don’t Die is about as unconventional as a memoir about a musician can be. The book is broken into four parts, a European tour Hersh and Chesnutt embarked on together, a similar US tour, the year when Chesnutt stopped returning her calls, and the last time they saw each other at an R.E.M. tribute show and dealing with his death. Rather than a biography chronicling his life, Hersh’s book offers snapshots of both happy memories and harrowing ones. Her memories are usually presented in a stream of consciousness, often interjected by how her current perspective shaped her recollections of those past times.

The book is written as a prolonged letter to Chesnutt, with Hersh engaging him in conversation, telling stories and using second-person in a way that feels like her telling Chesnutt all the things she didn’t get the chance to in life. Hersh focuses on the laughter and tears, the sage advice Chesnutt would give, and the inner turmoil of a man who couldn’t wait to become a ghost. 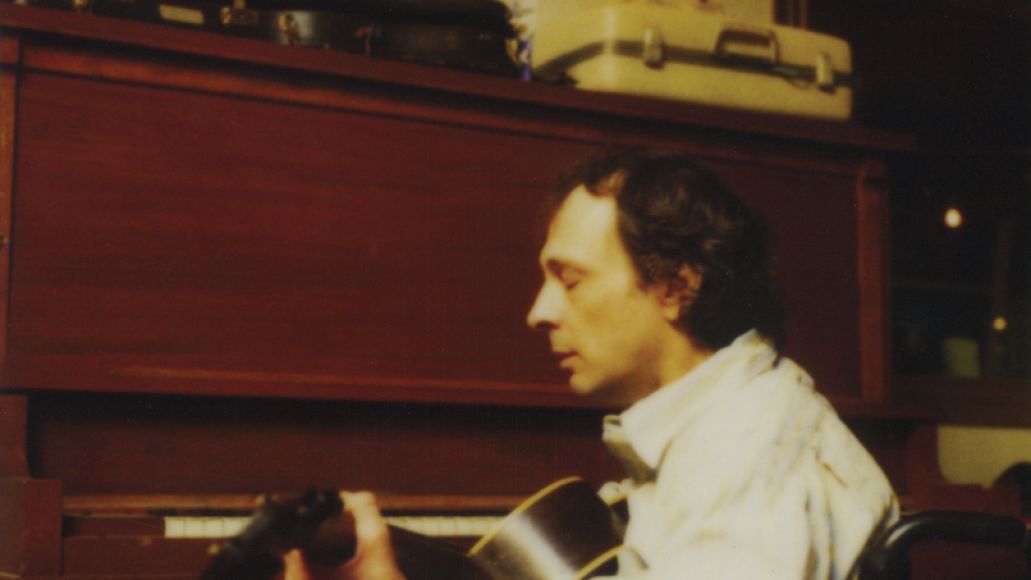 The book’s unique approach is a huge drawing point, as it displays an intimate look at the conversations between Hersh and Chesnutt, making the reader feel as if they get to know the inner mind of Chesnutt, as much as anyone could. He was a hard man, full of anger and resentment, but also with a deep sense of love and kindness for the people around him. The energy and charm he brought to his music made him widely adored, and the book shows how those qualities applied to his personal life as well as professional.

The book also feels like a cathartic endeavor for Hersh, who goes in depth about her relationship with her former husband as well as their friendship with Chesnutt and his wife. The four of them were a team through almost a decade of touring, and the book finds Hersh looking back at her own life as much as Chesnutt’s. The way she treats it as a letter to him finds her revealing her faults and uncertainties to someone who knew her best.

Hersh’s book is also a brief, highly engrossing read. Coming through at under 200 pages, the book soars by, with Hersh’s tales of her time with Chesnutt always riveting. Where most biographies try to paint a picture of a person’s entire life and often hit similar beats, Hersh’s approach is invigorating. Never sappy, the emotion in the book is always earned. Don’t Suck, Don’t Die succeeds most in being a book not about a musician, but two close friends who were broken together.

There are few misses in this book, although occasionally Hersh’s asides can go on for a bit too long and pull the reader out of the story she is telling. Also, fans looking to gain insight about Chesnutt’s music may be disappointed, as the book focuses primarily on relationships rather than history. The choices Hersh makes to avoid a biography style may frustrate some looking for that format, but it makes for a much more compelling read. 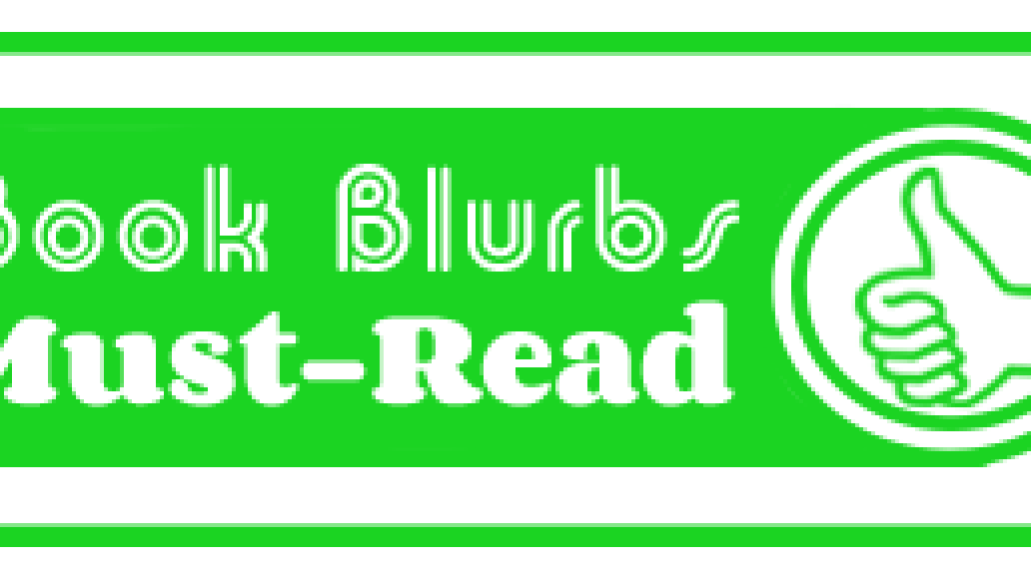 Chesnutt was an extremely talented songwriter, and his music possessed a lyrical and emotional depth that meant a lot to the people who listened to him. None of that background or information is necessary for this book to be a touching, essential read. A reader can pick this up without any knowledge of Chesnutt or Hersh and still be floored by an intimate, beautiful tale of two friends who experienced a lot of life together until it was cut short. There will never be a chance for fans to get inside of Chesnutt’s head, as he only lives on in his music. However, Don’t Suck, Don’t Die feels like a rare opportunity to truly understand who he was by how he treated those around him, how his pain shaped his outlook on life and eventually consumed him, and how he connected with listeners in ways that still feel unexplainable. The book isn’t a tell-all or confessional filled with lurid details, but rather a collection of the small moments and conversations where people truly reveal themselves. Hersh’s book is a wonderful read regardless of whether the reader is a diehard fan or has never heard Chesnutt’s name before. Chesnutt may be gone, but Don’t Suck, Don’t Die makes it feel like he’s back for a little while longer.