Each year, Le Guess Who? brings in new sticky delights. The festival’s greatest moments are usually the most unexpected ones — in 2014, a 24-hour dronefest ascended from Utrecht, Netherlands, the city Le Guess Who? calls home. For the festival’s ninth iteration, taking place from November 19th until the 22nd, Seattle drone metal group Sunn O))) — celebrated for emitting soundwaves at volumes designed to mangle your organs to a point of voluntary exodus from your body — have curated the lineup.

“Stephen O’Malley and Sun O))) played one of the most brutal shows during last year’s 24-hour Drone Festival,” says Le Guess Who? co-founder Bob van Heur. “This seemed like the right moment to not only invite them to play, but also to showcase something that is much broader than a Sunn O))) gig alone.” Naturally, the artists that Sunn O))) have chosen for the bill border on the supernatural. They include veteran vocalist Annette Peacock, whose abstract funk compositions draw together like a human being assembling its own limbs. Evidently unbroken by the passing of 45 years, English psychedelic artists The Crazy World of Arthur Brown, who topped the UK charts in 1968 with “Fire”, will burn their way to impressive regeneration, while Julia Holter stands out as one of the most impressive young artists on the lineup. Why Le Guess Who? continues to be one of winter’s brightest festival gems is the feel of fidelity at its heart, palpable in its performers and curators who seem genuinely thankful that such a festival exists.

Ahead of the festival’s ninth iteration, van Heur spoke with Consequence of Sound about the challenges of putting together such an eclectic lineup. Below, get to know some of the local Dutch artists playing Le Guess Who? 2015 via an exclusive Spotify playlist.

One of the biggest points of feedback I’ve heard about Le Guess Who? is how easy it is to discover a genre you might not have considered before because of the lineup and the proximity of venues to each other. How important is variety for you, and why is variety important for festivalgoers in 2015?

There is just so much amazing music around that we like to showcase. Naturally, when you book a festival with over 150 artists, it’s unlikely that only one genre will be represented. Over the last 10 to 15 years, people have been able to get easier access to music than before, and we definitely think that as a result, music tastes are much broader than back in the day.

This year, Sunn O))) have curated a four-day program at the festival, showcasing both their influences and interests. How did that collaboration come about, and which choices of theirs were you pleasantly surprised by?

After Swans curating last year, we asked ourselves which artists would be able to build a program as intense and interesting as Michael Gira — he really pushed the boundaries with his choices. Stephen O’Malley played one of the most brutal shows during last year’s 24-Hour Drone Festival, and Sunn O))) has always been on our festival wishlist. So this seemed like the right moment to not only invite them to play, but also to showcase something much broader than a Sunn O))) gig alone. We wanted to give more contexts to a band that people might not be aware of. Their knowledge and taste is absolutely excellent, which has been very inspiring. Their choice to invite Annette Peacock was a pleasant surprise, as we’ve also had her on our wishlist for some time — so that worked out very well!

The Sunn O))) lineup has so many amazing bands playing: the legendary Bennie Maupin, Julia Holter, Magma, Keiji Haino (who will be doing a special dance and percussion performance), Arthur Brown (yes, the one from the 1969 hit “Fire”), Charlemagne Palestine, and so much more. 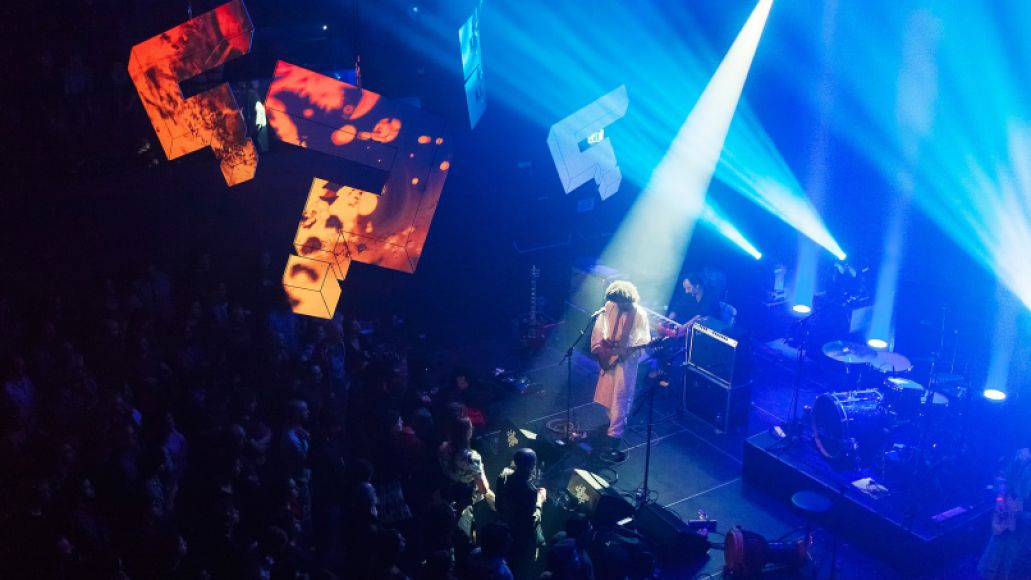 You once said in an interview that Utrecht is like “Amsterdam without the bullshit of Amsterdam.” What did you mean by that?

Amsterdam is a great and exciting city, but as it’s much bigger then Utrecht and more well known, most things cater for tourists — that’s the bullshit I was talking about. Utrecht is much smaller and has a very compact city center, so it’s less crowded and feels more mellow, which gives us the opportunity to create a proper city festival. In Amsterdam, there would be more distractions that are not connected to the festival.

Tell us a little bit about Le Mini Who?

In 2012, we felt that we needed to organize something in the city that was for everyone, not just ticket buyers — something that would turn the whole city center into an exciting place that would reach people who are maybe not aware or even interested in Le Guess Who? Festival. Working on this together with local shops, bars, and cultural organizations has made it even more accessible. Over the last couple of years, Le Mini Who? became a festival in its own right with more than 25 locations for live music, a full market (Le Bazarre) of vintage goods and local products, and much more. This is a way to give back to the people in the city and build something together that makes Utrecht a more lively and exciting place to be.

2015 marks eight years of Le Guess Who? I believe it all started with the two of you inviting Canadian bands over to perform, because there were so many in Holland at the time. Since then, the face of the festival has changed dramatically. Do you think this year will be the biggest?

The first edition in 2007 was indeed focused on Canadian bands, simply because there was so much good music coming out of Canada at the time. That was a good enough reason to organize something, to showcase bands that people needed to see.

The festival has grown very naturally, but we never think in terms of “biggest.” As we add new venues each year, the festival grows in size. But more importantly, the program becomes better and more cohesive every year. We like to compare the festival with painting; the more you practice, the better you get at it. 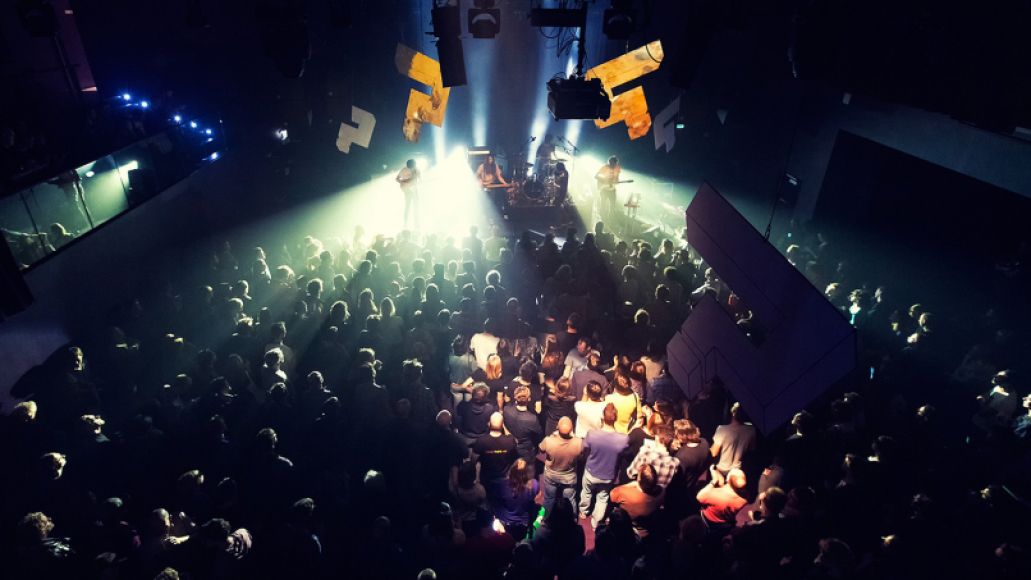 Is the festival still organized by your organization, Distorted Channel, and Tivoli, one of the main venues in Utrecht? How have you expanded and changed the festival venues from last year?

Since 2014, we are no longer a part of Tivoli and now function as a fully independent organization. We expanded a lot last year, the old Tivoli venue closed, and the organization merged with Vredenburg (a large classical and symphony music hall); the two now share one large building with several rooms, which has added a lot of capacity to our festival. Aside from that, we are also doing shows at the city theater, Stadsschouwburg Utrecht; we’re hosting a film program at the film house Louis Hartlooper Complex; and for the first time our visitors will have free access to the Central Museum.

How many people are you expecting?

Our total capacity is about 5,000 per day, so that’s what we are looking at for this year.

We all know the usual “come early to get a good spot” tip, but with all the changes over the years, surely you have a brand-new survival tip for us?

As we don’t have a 24-Hour Drone event this year, it will definitely be much easier to survive! It’s always good to make some kind of game plan once the timetable is public, but I think festivalgoers will find more treasures when they go with the flow and let things happen.

Drone Away From Home: A Chat with the Co-Founder of Le Guess Who? Festival