“Does Ty Segall ever sleep?”

That’s a question I’ve been asked a few times over the past week or so. For anyone else it may seem like a busy month, but for Segall it’s just strict adherence to his normal release schedule. Fuzz’s II, a massive double album of heavy riffage, was just out of the gates late last month before Segall announced his next solo album and tour set for next spring. So, while Fuzz brought their scuzzed- out sound to a sold-out Sinclair, Segall’s next Boston show at the larger Royale was in the back of everyone’s minds.

Despite his burgeoning success with a handful of bands, Segall’s ace in the pocket is that he always comes off as down to earth. Case in point: Fuzz are probably the only band to sell out the 500-plus capacity Sinclair and still set up their own gear. Approaching the performance less like a club show and more like a basement gig is an endearing trait — one that sent murmurs throughout the crowd before the lights unsubtly dimmed and the band simply started to play. There were no real theatrics other than some face paint that continued the glam look of Segall’s most recent solo album, Manipulator, but in a more subdued fashion. 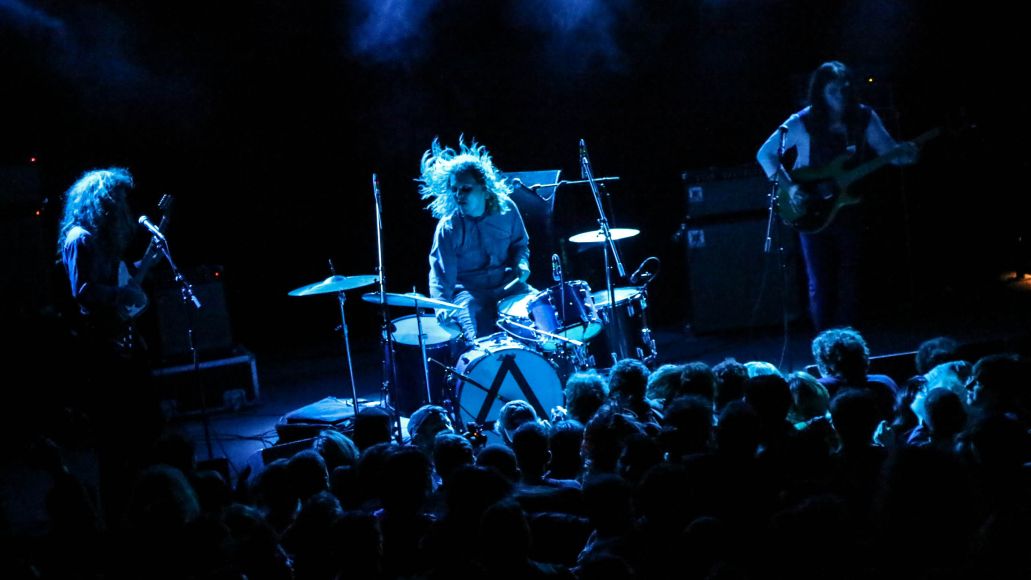 While Segall’s music has always sounded similar despite his choice of moniker or backing band, Fuzz has a noticeably different vibe from his other work. As with all of his other output, the band has an air of authenticity around it — not simply an imitation of the past, but a reimagining of it through a modern filter.

But there’s a reason why this is Segall’s second band to graduate from the much smaller Great Scott in Allston to a larger venue. Maybe it’s because it’s purely a collaborative effort; this isn’t The Ty Segall band or Ty Segall and the Muggers. Charles Moothart (with the hair of Dio and the chops of Tony Iommi) and Chad Ubovich imbue the music with their own personalities in a way that Segall’s other backing bands have yet to do.

Forgoing his usual axe, Segall opted to bash the hell out of a drum set instead. In the same way that he throws his entire body into his guitar playing, he hits the kit with the manic intensity of Keith Moon. It’s a welcome energy, as II‘s studio drums lacked some kick due to a relatively timid production job. Instead of being overpowered by Moothart’s Sturm und Drang guitar and Ubovich’s fuzzed-up bass, the group locked into each other in the classic power trio formation. Not even the warmest analog tape could fully capture their Blue Cheer-cum-MC5 intensity. 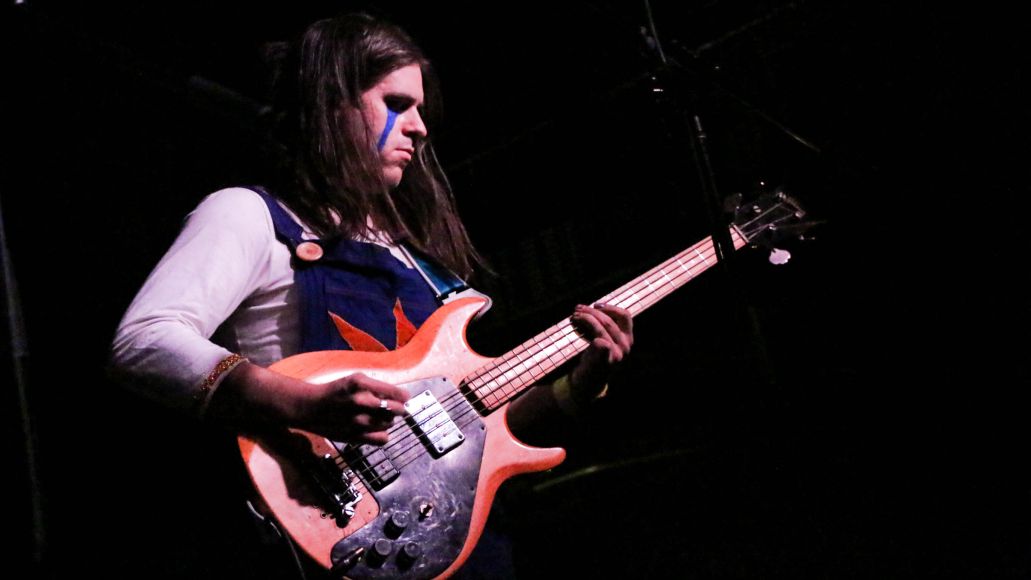 They burned through most of II without saying a word while keeping the intensity levels in the red. Despite Segall leading the charge with his drums of war, Moothart was constantly the center of attention, and for good reason: He tossed out riffs like candy on Halloween and brought down everything with a magnificent heaviness. He even proved himself to be an apt vocalist during II highlight and the second song of the night, “Rat Race”. They immediately segued into “Time Collapse II/The 7th Terror’s” heady groove and continued with a furious salvo of cuts from II.

“What’s In My Head” and early B-side “Fuzz’s First Dream” were mid-set highlights and garnered the biggest reactions. While the trio seemed to be finding their feet on some of the newer songs, the older material really ripped: A loud and raunchy version of “Sleigh Ride” was an excellent showcase for Segall’s powerful drumming. However, “Say Hello”, pulled off of II, was possibly the highlight of the entire set, with Segall wailing the song’s title at the top of his lungs.

They ended their main set with a barnstorming cover of “21st Century Schizoid Man”. While Segall’s drumming alone did not match King Crimson’s current three-drummer assault, the trio certainly made a worthy attempt, with Segall redeeming himself by doing his best Greg Lake impersonation while Ubovich and Moothart brought about a heaviness fit for Sabbath. 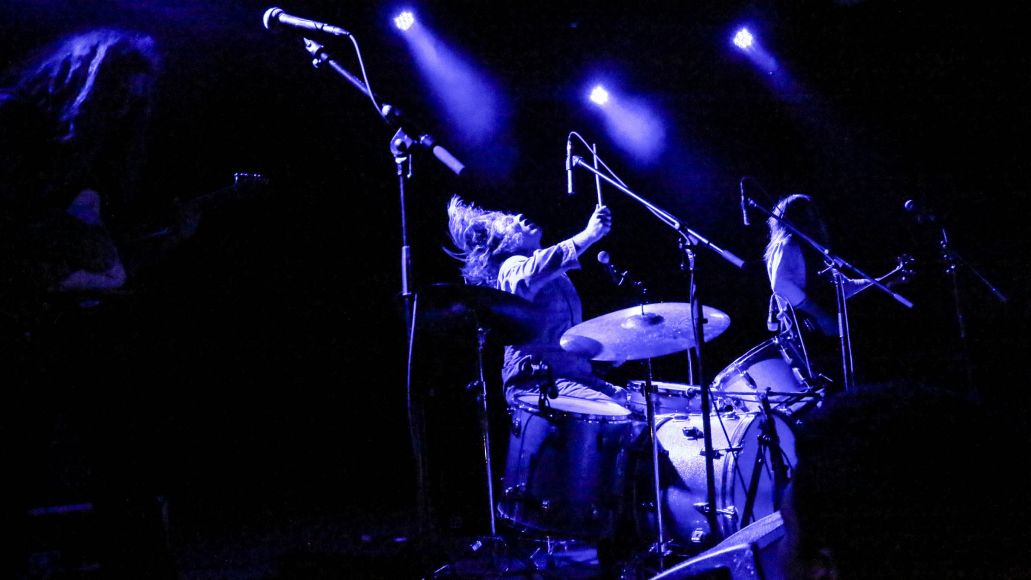 It may be a bit sacrilegious to say, but Fuzz may be Segall’s best band yet. Not to take away from his usual backing band that includes the insanely talented Mikal Cronin and Emily Rose Epstein, but the drum seat seems like his natural element. Either way, it’s kind of a moot point; Segall will probably continue switching between bands until he either burns out or fades away. Let’s hope that isn’t for a long time.