Perhaps taking a page from Pope Francis, President Barack Obama seems to be gearing up for a post-presidency career in indie rock.

As The Sun reports, Obama is featured on Coldplay’s new album, A Head Full of Dreams, right alongside other special guests including Beyoncé, Noel Gallagher, Gwyneth Paltrow, and Blue Ivy Carter. Specifically, Coldplay sampled the president singing “Amazing Grace” at the funeral for Reverend Clementa C. Pinckney over the summer. (Reverend Pinckney was killed during a shooting at Charleston, South Carolina’s Emanuel African Methodist Episcopal Church in June.)

“We have a tiny clip of the President singing Amazing Grace at that church,” Chris Martin told The Sun. “Because of the historical significance of what he did and also that song being about, ‘I’m lost but now I’m found.'” 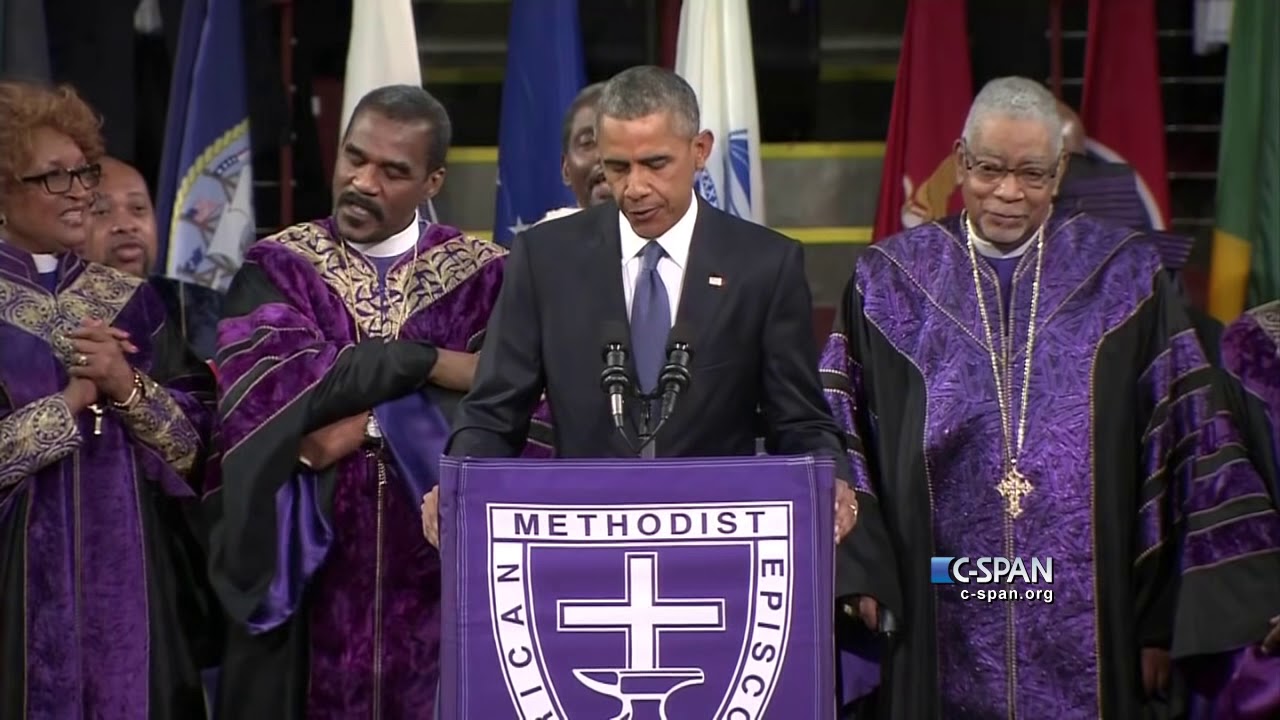 Both the White House and Emanuel A.M.E. Church gave permission for the recording’s use, according to The Sun.

A Head Full of Dreams, Coldplay’s seventh album to date, arrives on December 4th via Parlophone/Atlantic. Over the weekend, the band debuted several songs during a concert that was streamed online. Watch the video replay here.

President Barack Obama is a guest on the new Coldplay album