We know J.J. Abrams loves the Beastie Boys. There’s an alien subtly named after Hello Nasty in Star Wars: The Force Awakens and Captain James T. Kirk blasts “Sabotage” in the 2009 reboot of Star Trek. So, even though he’s stepping out of the director’s chair for the third go-around on the U.S.S. Enterprise, his presence is still being felt.

Case in point: “Sabotage” pops up once more in the international trailer for Star Trek Beyond.

Which is probably a good thing as things look pretty dire for our heroes. “We got no ship, no crew … how are we going to get out of this one,” Kirk breathlessly asks Commander Spock, who replies: “We will find hope in the impossible.” What follows is a collection of action-packed scenes that should delight newer fans and terrify the veterans who prefer a more humble offering.

Update – Tuesday, December 15th at 9:20 p.m. CT: Director Justin Len has confirmed Elba’s character as Krall, described as a “character that has a very distinct philosophy that’s very different.” While we know him to be the villain of the film, most other details are being kept under wraps. 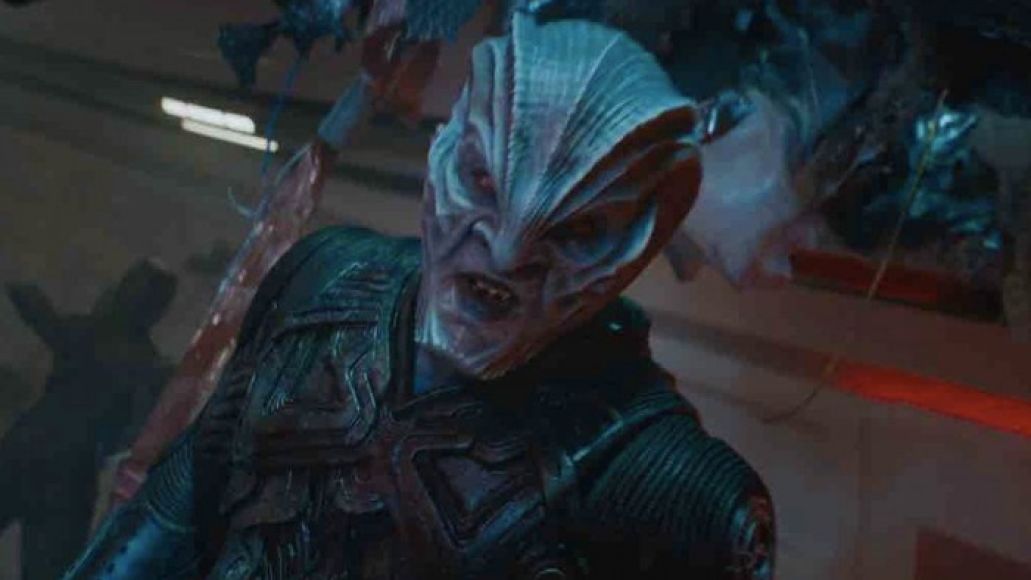