Over the the summer, Rush embarked on their “R40 Tour” celebrating the 40th anniversary of drummer Neil Peart’s membership in the band. At the time, bandmate Alex Lifeson said it would likely be the band’s final full-scale tour together due to his psoriatic arthritis and Peart’s chronic tendonitis. While Lifeson left the door open for future projects, including smaller tours and soundtrack work, he said the band’s ultimate fate lays in the hands of music’s greatest drummer.

If that’s the case, it appears Rush is no more. In a new interview with Drumhead Magazine (via Jambase), Peart spoke frankly about his coming to terms with retirement. “… Lately Olivia has been introducing me to new friends at school as ‘My dad– He’s a retired drummer.’ True to say–funny to hear. And it does not pain me to realize that, like all athletes, there comes a time to… take yourself out of the game. I would rather set it aside then face the predicament described in our song ‘Losing It’ (‘Sadder still to watch it die, than never to have known it’).”

Aside from aforementioned health issues, Peart previously mentioned his desire to spend more time with family. Following the tragic deaths of his daughter and first wife in the late ’90s, Peart remarried in 2000. He and his wife had a daughter, Olivia, in 2009. 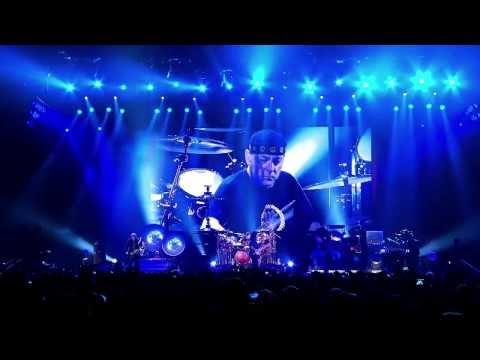