As a group, British psych rockers Them Things seem to be constantly in the midst of a journey. Even their origins mirror this, as the band’s founders met after missing a train while in a state of drunken confusion. Musically, they’ve been exploring the winding roads of psychedelic sounds, taking gazing down at their shoes while strolling pop-lined sonic streets on last year’s Good Weird EP. They’ll be picking up the pace on their debut LP next summer, as you can hear on their new single “Mythomania”.

Unlike the chilled out glory of their breakthrough single “Oh Brother”, “Mythomania” hits hard and heavy. Guitars boom out from the depth of a ’70s metal vinyl bin, the whole thing drenched in reverb that ages the psych rock stomper by decades. There’s a crispness to Jack Golightly’s drum pounding and Louis Adams’ shouting voice that cracks like a whip on fire right into your chest. You’re not quite sure if you should be enjoying the ride or running in terror, and that’s actually a feeling reflected in the track’s video.

The clip follows Death on his daily routine, which this day involves taking out the members of Them Things one by one. However, when a young lady in red spots him in his works, she becomes fascinated and soon obsessed. Her presence kickstarts the Reaper’s long-dead heart, but Death and love is a dangerous combination.

“The video explores the idea of love and death as almost a deception. You get this almost indescribable feeling (love) and eventually it naturally counter balances and is taken from you,” the band explains to Consequence of Sound. “[Death] falls in love and decides to follow his now revived heart. Nature reacts and the world starts to crumble. The song talks of deception in figurative and literal ways. Death gets the girl but it’s a lingering notion of what’s to come. Death is always looming.” 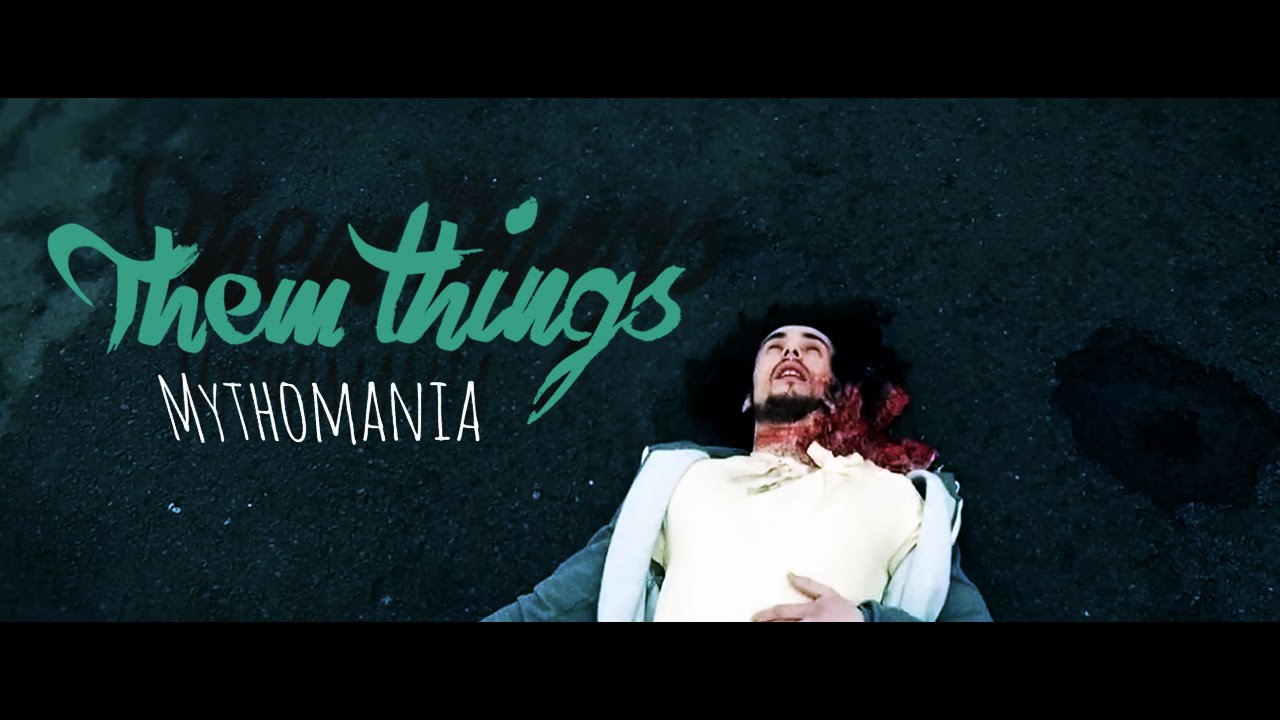 “Mythomania” will be available on L.O.O.S.E Music on February 1st.