I’m just a random millennial, but I wanted to take some time out from whining, acting entitled, not looking for a job, listening to inferior music, or whatever it is that you think I’m doing with my life to see what’s going on with you.

Are you guys OK? Are you maybe feeling a bit insecure about your shifting place in the world?

I ask because there’s a new naughty grandfather and grandson buddy comedy starring Robert De Niro called Dirty Grandpa coming out on January 21st, and it occurs to me that this is the third time in as many years that the star has been in a film in which his character proves that he can party as well as any young whippersnapper (Last Vegas), teach a millennial a thing or two (The Intern), or party as well as any millennial while teaching them a thing or two (Dirty Grandpa). You know that De Niro is a highly decorated, Academy Award-winning legend, right? Surely there are better ways to use this incredible cinematic resource than to constantly transform him into the physical embodiment of a generation’s increasing anxieties about its own relevance.

Don’t get me wrong. I’m not an ageist. Some of my best friends are baby boomers. As someone who grew up with the radical notion that women over 50 could still lead interesting lives and fuel excellent stories thanks to The Golden Girls – and as someone who consistently gets to watch 25-year-old Jennifer Lawrence play women of my ostensibly advanced age now – I am both emotionally and aesthetically invested in movies and TV shows that can explore complex characters of all ages. There’s so much more to the human condition than pretty white people under 30 or 40, and I want to see all of it on screen. 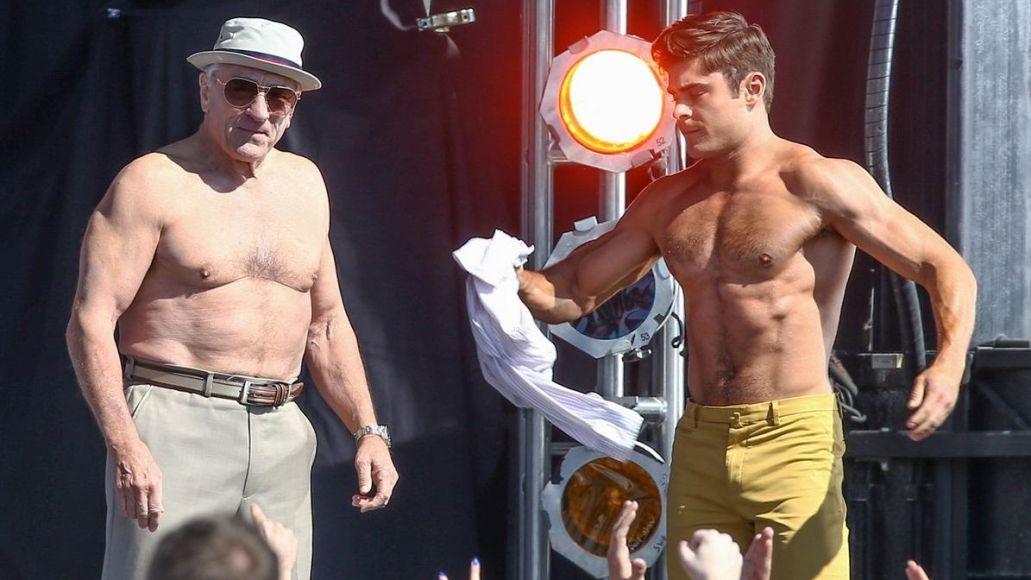 As both creators and consumers of entertainment, your generation is in a unique position to help me realize this dream. While the long-coveted 18-24 demographic remains film’s biggest market, you are its largest growing one. As the New York Times reported in February 2011, “while the percentage of moviegoers in the older population remains relatively small, the actual number of older moviegoers is growing explosively — up 67 percent since 1995, according to GfK MRI, a media research firm. And the first of the 78 million baby boomers are hitting retirement age with some leisure hours to fill and a long-dormant love affair with movies.”

At that point, the Times’ vision of a boomer-influenced future was downright rosy. Arguing that your interest in more thoughtful, adult fare was leading to the unexpected box office success of smart(er) films like True Grit, Black Swan, and The King’s Speech,  writers Brooks Barnes and Michael Cieply believed that your resurrected cultural cache would lead to a new wave of more complex films populated by older stars.

Almost five years later, it looks like they were only partially right. We have been treated to the charming froth of frolicking boomers and seniors in The Best Exotic Marigold Hotel (2011) and its sequel. We’ve seen Liam Neeson remain an action star and Helen Mirren become one. And we’ve witnessed mature love stories explored with a light comic touch in the well-meaning Hope Springs (2012) and with piercing devastation in the sublime 45 Years (2015). 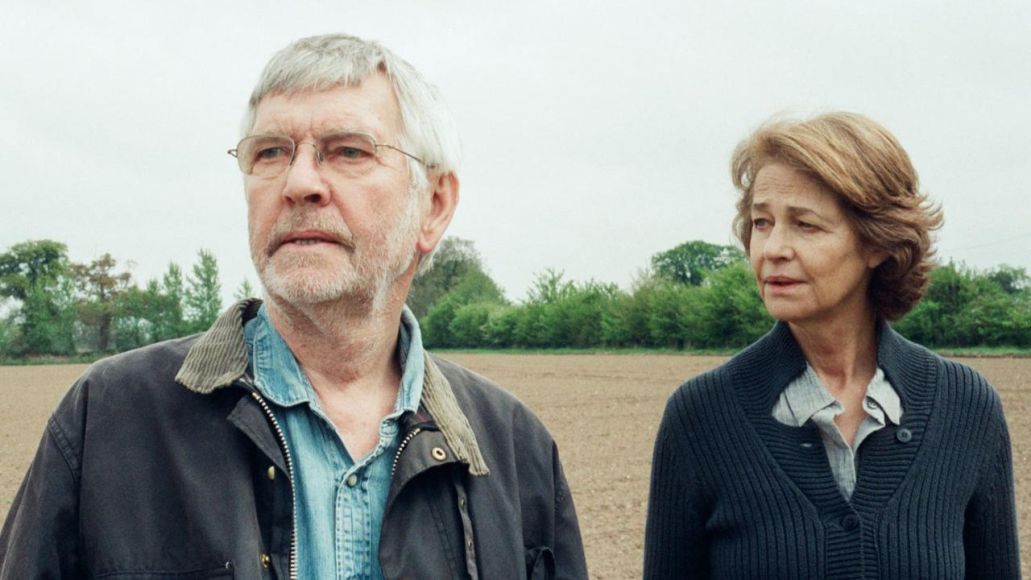 Unfortunately, we’ve also been subjected to some truly pandering fare like Parental Guidance (2012), a piece of pablum that exists to reassure grandparents that their yuppie hipster children are raising the next generation all wrong, and Last Vegas and Dirty Grandpa–style party pictures about old men (and the occasional slightly less old woman) gleefully acting less than half their ages. All together, this fare becomes the cinematic equivalent of your average boomer Facebook profile filled with jokes about lazy millennials and countless sad memes thirstily pitting old rock stars against current pop stars: a mess of regurgitated ideas created to prey upon your worst instincts and assure you that you are better and smarter and more mature than kids these days, but also totally cooler than them.

I get that the world can be an increasingly scary place as you grow older. Technology evolves at a rate faster than you can comprehend. Younger people can navigate the blurred lines between everything from genre to gender in a way that society didn’t even allow you to conceptualize let alone explore when you were their age. So many of you appear to fear Kanye West the way that your ancestors feared the horseless carriage. Being on the older end of the millennial spectrum, I can already sympathize with the terrifyingly rapid and remorseless passage of time and the desire to escape from it. Sometimes, when I stumble upon yet another teenager making more money on YouTube than I will probably ever see in my lifetime, or find out about a problematic thing my fave has done, I run straight into the obvious and empty solace of 20-odd Buzzfeed lists about forgotten toys and hair clips from the early ‘90s.

But here’s the thing: None of us are dead yet. At worst, you’re only slightly more dead than I am. We don’t have to be the primary driving force behind pop culture to have a place in it. We all have so many new stories in us, but we can’t begin to tell them until we’re willing to accept the changes in our minds, bodies, and relationship to the world as a whole. We don’t need to make our silver screen avatars hang out with Zac Efron to prove anything. We can let them do new and exciting things of their own. 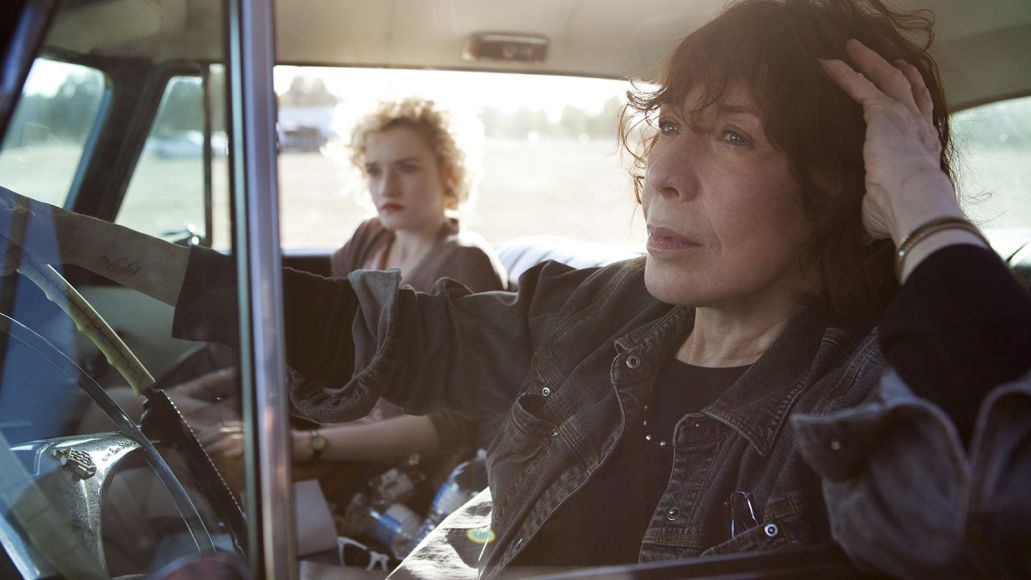 If you’re a creator of content, whether it be films, television, or even fan fiction (yes, I know what you’ve been getting up to in the Star Trek and Man From U.N.C.L.E. fandoms for the past 50 years), work on stories that mean something to you, whether that’s deep dramatic truth or something that just genuinely amuses you and the person you are now. If you’re a consumer, don’t support cynical, half-assed entertainment that reduces your life experiences to trite post-midlife crisis jokes. You deserve better than that! We all deserve better than that! And if you find yourself lost at any point, you can always ask yourself “What Lily Tomlin would do?” because the actress (who is slightly older than your generation at 76) has been tackling some really promising material about fully-fledged older woman on both the big (Grandma) and small screens (Grace and Frankie) lately. You could do worse for a role model.

To get to that point, all you need to do is suck it up, stop whining, accept that the world doesn’t revolve around you or owe you anything, work hard to better yourself every day, and make your superiors take notice of all the good things you have to offer. You keep telling us that this is simple to do when it comes to the economy and getting a job, so you should be able to handle it quite easily when it comes to entertainment and getting better movies for yourselves.