Note: This feature was originally published in December 2015.

Welcome to Producer’s Chair, a mini-column in which Editor-in-Chief Michael Roffman offers his own career advice to artists and various figureheads in the film and music industry. In this installment, Roffman paves the road to Paradise City for the newly reunited Guns N’ Roses.

It’s all happening, as the immortal Penny Lane once exclaimed. After years of rotating guitarists, from Buckethead to Bumblefoot, and with Best Buy’s Chinese Democracy long behind him, W. Axl Rose has finally reunited the original lineup of Guns N’ Roses.

But let’s be real, this inconceivable reunion is the best news to reach any GNR fan in over two decades, especially the brave and hopeful who continue to pledge their support on message boards and forums worldwide. No, they exist. I was one of them. 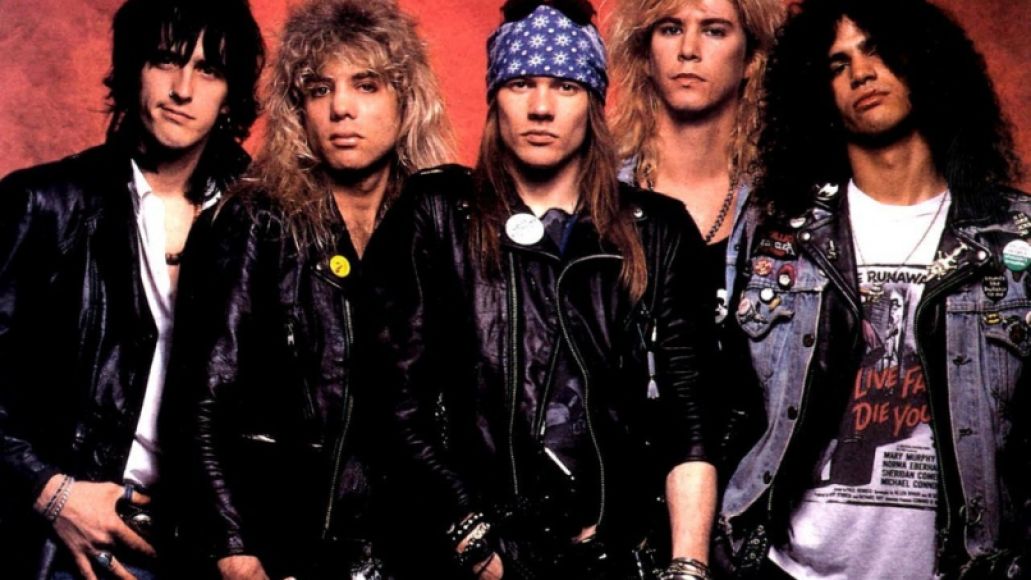 This reunion does have its share of caveats, though, ranging from age to friendships to Axl Rose himself. If anything, it would behoove fans to attend the first gig, namely for the very high chance that this thing crumbles under its spectacular weight.

What’s more, they might want to temper any expectations. The gang’s back together, great, but the magic’s a whole other story. After all, they’re not exactly the same people they were back when Eddie Furlong was still a young Hollywood prospect.

That’s not necessarily a bad thing. Back then, the guys were total scumbags to each other, enough that it’s a wonder they were ever able to support Use Your Illusion I and II, and the batshit crazy anecdotes are more cautionary tales than campfire stories.

Odds are we’ll hear a few more over the next year, and that’s totally part of the crude rock ‘n’ roll charm that these Los Angeles brats have hallmarked with ease. What we don’t want, however, is total combustion, which again, this Nightrain is wont to do.

Alas, here are five ways they can take us down to Paradise City…

Get Back in the Ring 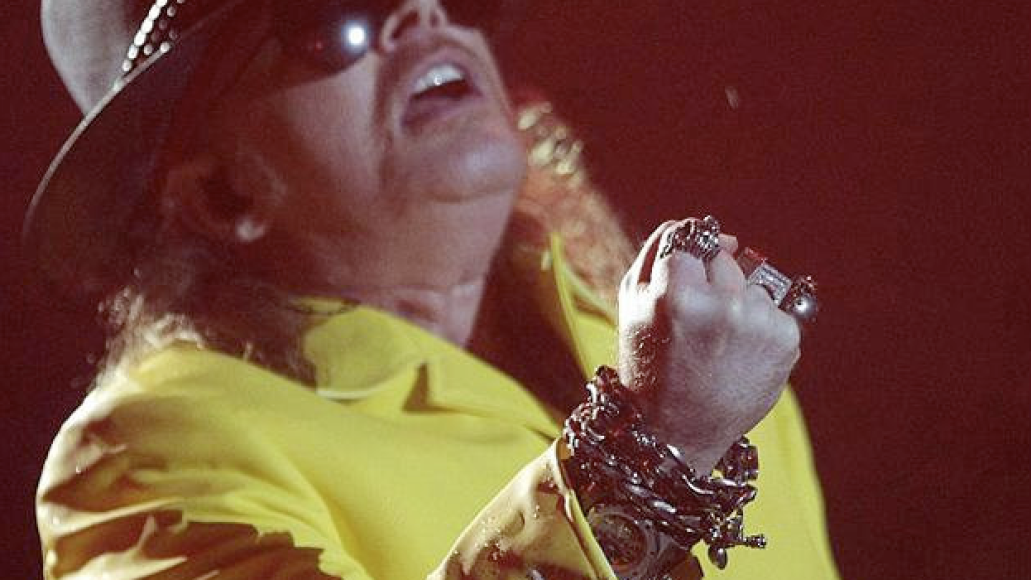 Harrison Ford, Mark Hamill, and Carrie Fisher were asked to hit the gym for Star Wars, so it shouldn’t be too tall of an order for the guys to shape up prior to the reunion, if only for valid health reasons. (Have you ever played for two solid hours before? Try going H.A.M. for 45 minutes without grabbing your heart like Red.) Last year, I caught the beginning of Mötley Crüe’s final tour, and among the many misfires, outside of Tommy Lee’s torturously awkward drum solo, was the sad and depressing realization that Vince Neil could not make it through one song without huffing and puffing. Everything about GNR’s music is muscular, down to their extended power ballads (ahem, “November Rain”), and if they’re going to survive the stage, they’ll need to be just as athletic. Another positive is that they’ll avoid any more Internet memes. Maybe.

Shut Up and Play the Deep Cuts! 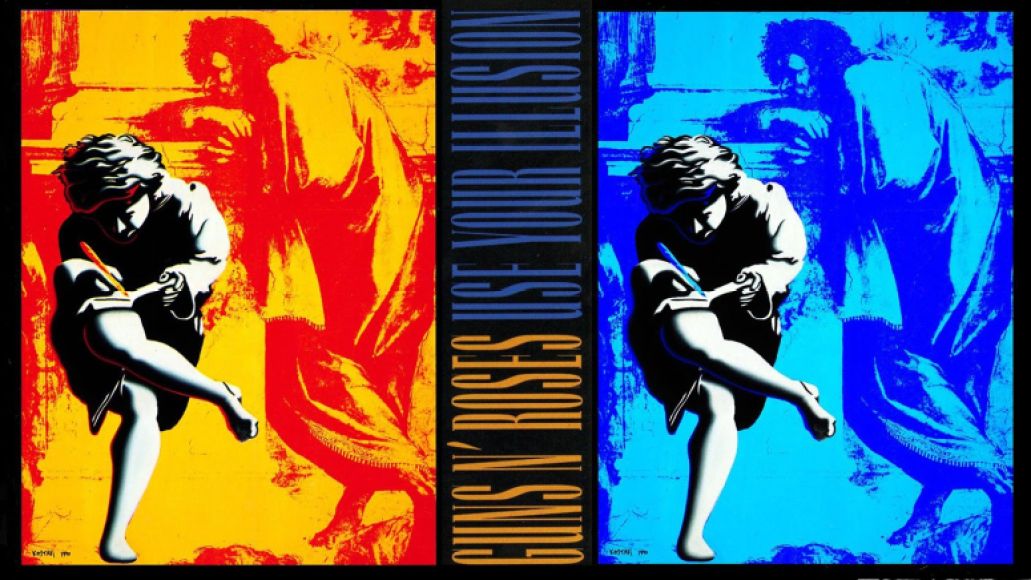 Look, we all want to hear Appetite for Destruction, but that can easily turn into a predictable, nostalgic road show. It’s also lazy. When The Police reunited in 2007, they cruelly ignored the majority of their catalogue to deliver a paint-by-numbers setlist that “cheerily” hearkened back to their final Synchronicity Tour. Guns N’ Roses would be wise to pull from the many deep cuts off Use Your Illusion I and II and even G N’ R Lies. It’s probably not a good idea to dust off “One in a Million”, but how about “Move to the City”, “The Garden”, or “Shotgun Blues”? If they want to get really ambitious, they could double-down on the epics and deliver both “Coma” and “Estranged”. Some passersby might yawn, especially during festival sets, but the payoff would be the endless memories that fans will share online for years to come. #fanappreciation

There Is a Time

Those long delays? Gotta leave ’em in the past, boys. Contrary to their iconic ballad, patience isn’t exactly a virtue of crowds today, especially those at a festival setting, where there’s traditionally something happening elsewhere at any given time. Then again, that hasn’t stopped The Strokes, Prince, or D’Angelo from taking their sweet-ass time to shuffle on stage, but anything over 15 minutes? Not going to happen. Fortunately for the band, and sadly for promoters everywhere, being timely doesn’t necessarily forbid Axl and his bandmates from making any of their asinine backstage demands — eh, you win some, you lose some. Having said that, there is, indeed, a brand-new Ninja Turtles sequel due out next year. You’ve been warned.

Don’t You Cry … for New Material 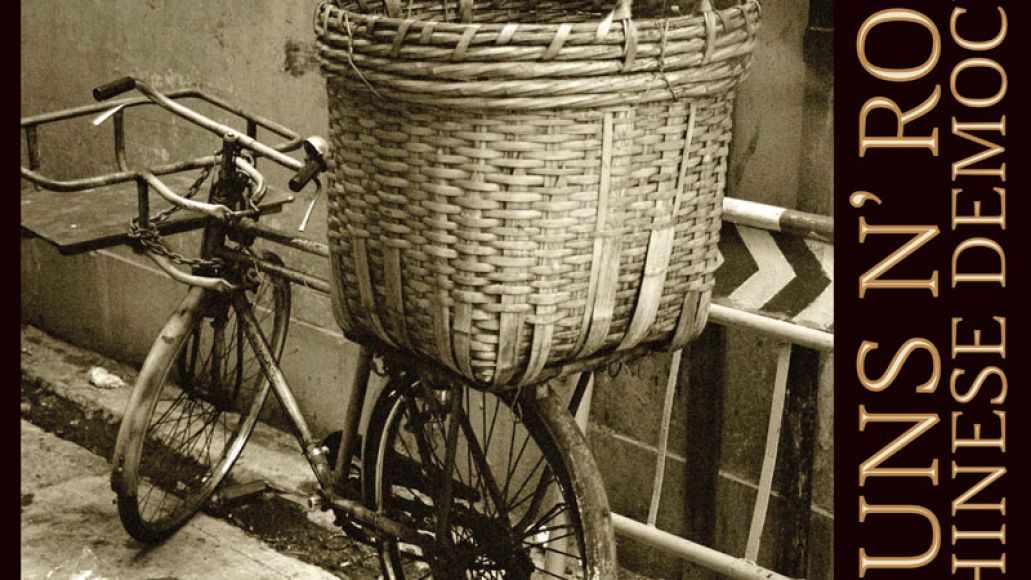 Baby steps, people. Baby steps! It’s wild enough that Axl and Slash call one another friends, even crazier that we’re getting the reunion everyone said would never happen. So, the very last thing you’d want either of them to do is try to write or suggest or even whisper the idea of new material. Maybe down the road, maybe if this actually works, maybe if Axl and Slash both suggest it side by side during a Rolling Stone interview while laughing and kicking and jumping up and down like rabid K-pop fanatics. Otherwise, take that idea and write it down on a piece of paper — use a Yikes pencil, even if you wanna take it back to 1991 — and then lock it away. Preferably outside the state of California.

Just Give Him Some Reggae

One of my favorite pieces Jeremy Dana Larson ever wrote for Consequence of Sound was his 1500-word confession on how Axl Rose’s “Gimme Some Reggae” video had briefly taken over his life. He proudly admitted, “If you asked me right now what I thought the funniest thing was, I would tell you it’s a short film called 2 minutes of axl rose asking for some reggae. There is nothing funnier than this right now and possibly forever.” That was nearly three years ago, and he’s still not wrong, as few things in this universe are more hysterical than watching the Indiana wild child demand a brief aural trip to Jamaica. Maybe it’s just me, but wouldn’t it be great if Axl poked some fun at himself and did a short reggae redux? Some self-awareness might add a little humility to the guy that desperately needs it, while also proving he has a sense of humor. No? Okay, don’t damn me. 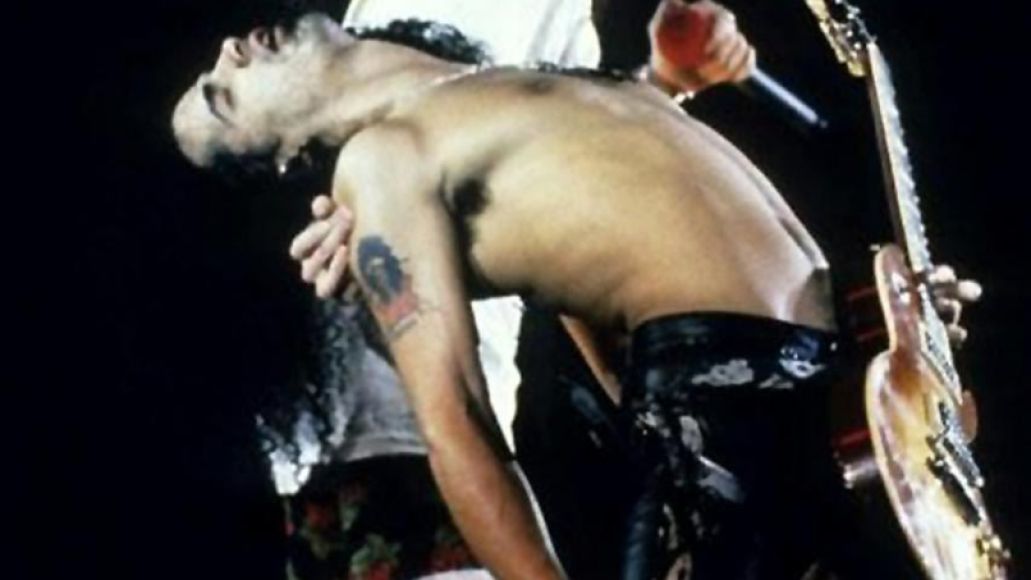 All joking a salad, we know that this reunion is essentially Guns N’ Roses III: The Quest for More Money. We know they’ll dole out the hits. And we know they’ll keep the stage banter to a minimum and possibly even rehearsed. It’s unfortunate, but it’s also expected. What would be great, though, even over any of the prospective performances or potential deep cuts, is if they were all actually friends up there. That, by some divine miracle, they managed to somehow connect on a basic human level.

Wouldn’t that be something?

I’m only 31 years old. It’s not a very sage-like age, but I have come to realize that any bad blood between close friends has not only been unnecessary but rather unfortunate. Unfortunate in the sense that so much time has been lost over insignificant differences. Admittedly, there are some hurdles that no friendship can overcome, but I’d like to think that hindsight eventually proves you only need to stretch a bit to make the difficult jumps. And sometimes, it’s not too late to try.

It’s rare that ever happens in rock ‘n’ roll, a genre so insistent upon ego and attitude that being an asshole is more or less a requirement, but there are exceptions. Watching the recent Replacements reunion between Paul Westerberg and Tommy Stinson, who coincidentally also played in GNR (and longer than any of the original members, funny enough), I was floored to see how their short run was not only a pat on the back to the loyal fans, but clearly a source of vindication and closure.

I can only wish the same for these guys.

Here's How Guns N' Roses Can Get to Paradise City