It looks like Kanye West has something big planned to mark the release of his latest album, SWISH. Update – Tuesday, January 26th at 8:50 p.m. CT: Kanye has changed the name of the album to Waves. Update – Wednesday, February 10th at 4:40 p.m. CT: The title of the album has again been changed, this time to T.L.O.P., but we don’t yet know what that stands for.

As members of Kanye To The have uncovered, a number of movie theater chains across the globe are selling tickets for the world premiere of Waves in its entirety, live from Madison Square Garden in New York City. The screening is set for February 11th, the same day as Waves’s commercial release. (Click here for a list of on-sale tickets.)

It’s unclear whether Kanye will actually be performing at MSG or simply streaming the album. It’s worth noting that Kanye is also expected to debut season three of his adidas fashion line on February 11th, so it’s conceivable Waves will be soundtracking a fashion show. An accompanying poster (below) does bill the event as “Yeezy Season 3” (his previous fashion shows were dubbed “Yeezy Season 1” and “Yeezy Season 2”). Meanwhile, an event listing on Cineworld Cinema’s website notes that the screening will feature a performance by Kanye’s visual art collaborator Vanessa Beecroft.

Representatives for Kanye did not respond to our requests for comments. A Madison Square Garden rep had no knowledge of the event. However, for what it’s worth, there is nothing currently on the calendar at MSG for February 11th. 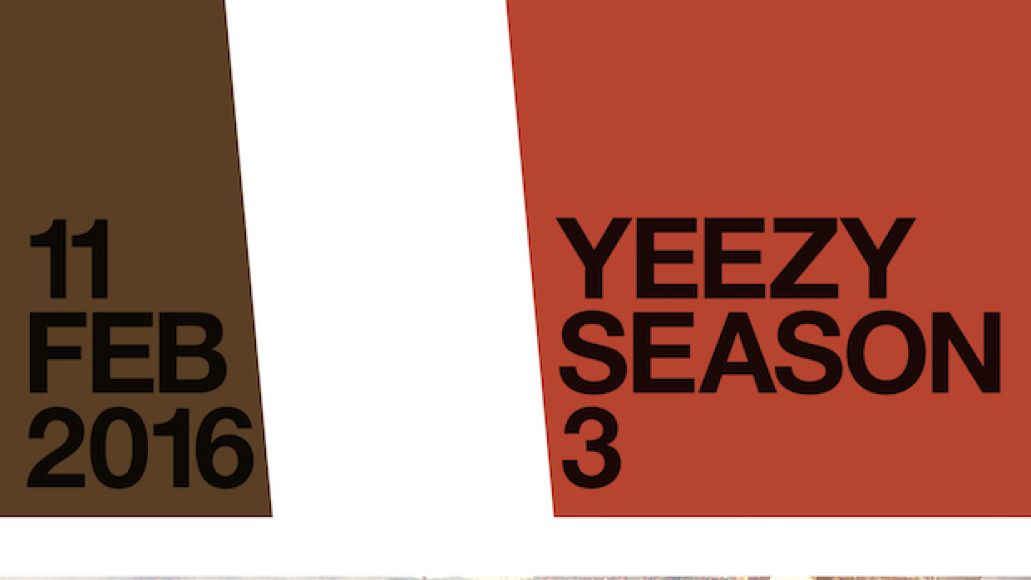 Kanye West to debut Waves at Madison Square Garden, screened in theaters across the globe