A recent article on the AV Club argued about the distinction between prestige television and trash television, with the crux of the piece questioning how we consider shows that fall in the middle, calling them “mid-reputable.” Music is a little more complicated to compartmentalize, but there does seem to be a similar contrast between prestige institutions like Radiohead and trash flash-in-the-pan artists like Sugar Ray. And like television, the murky middle ground is filled with acts whose legacies could drift closer to great renown or more towards garbage.

One of the great things about Mötley Crüe is that the band realizes they aren’t U2 or the Rolling Stones, and the trade-off is a certain lack of recognition. The band never won a Grammy or a VMA, and in an interview with Rolling Stone earlier this year, guitarist Mick Mars admitted they’d likely never be in the Rock and Roll Hall of Fame, either. “I’d have to say, 80 percent no, 20 percent yeah,” he said. “But it’s like when you’re a kid in kindergarten, and you take a nap and get a gold star as a reward. I don’t need a handful of people to say that I got a gold star, because I already got it from my fans. I see the crowds, I see the enthusiasm, I see all that stuff, and that’s already satisfying enough for me.” 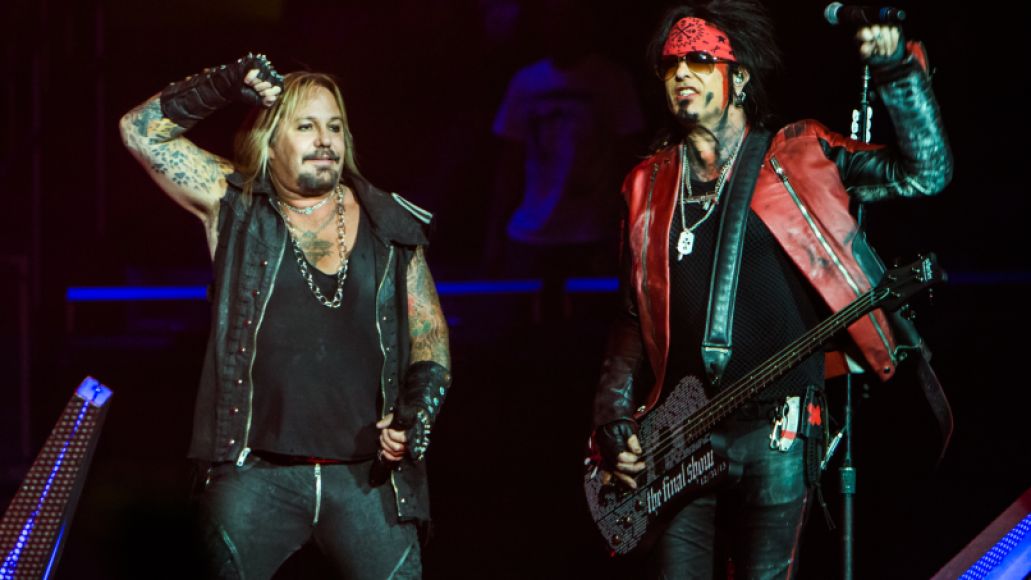 Despite this, the Los Angeles natives have sold more than 100 million albums worldwide since assembling in 1981, with even their latest release, 2008’s Saints of Los Angeles, going gold. And the band can still sell shows, a fact cemented by an 18-month final tour. The band chose a date to cease touring and signed a contract that will in theory legally hold them to it. That date arrived on December 31st, 2015, with a massive performance at their hometown’s Staples Center.

This move, if they stick to it, further separates them from the upper echelon of recording artists, but in a positive way. Others can keep their acclaim, but Crüe will at least maintain their dignity of exiting on their own terms, not waiting for old age or death to take their touring career away. Think of it like the John Elway model rather than the Brett Favre. For a band that has never prided itself on moderation, it is a dignified move to know when enough is enough. 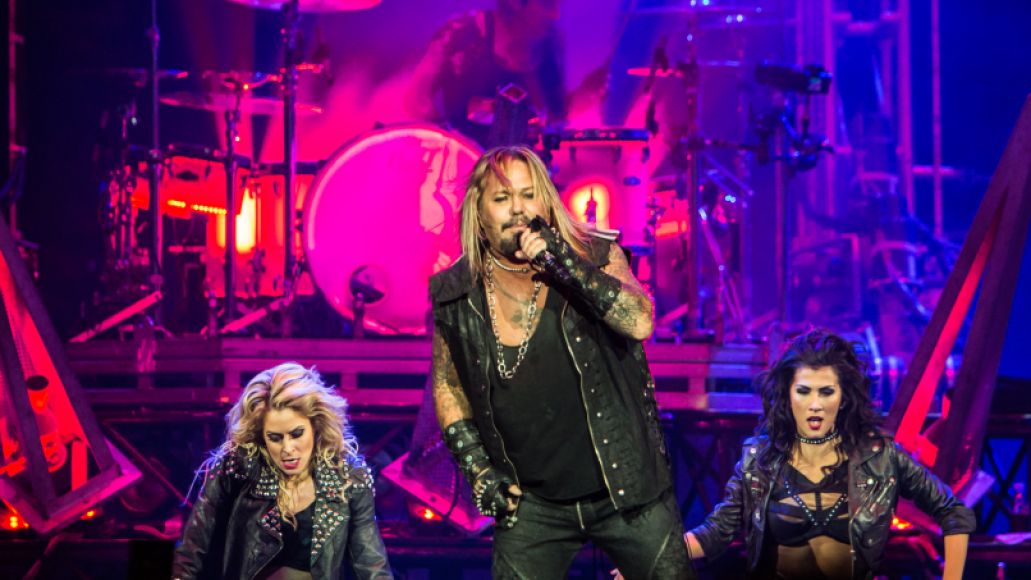 Fittingly, their final show spared nothing in terms of subtlety. It was rare for a song to not feature pyro, with all members getting their individual moments to take their performance bow. This meant bassist Nikki Sixx sitting onstage to tell a rather moving story of stealing his father’s knife as a child and giving the night an overarching bit of perspective that it deserved. It meant Mars getting the spotlight to himself for a guitar solo. It meant frontman Vince Neil closing the main set on a crane in the middle of the arena as confetti and balloons rained down, a fiery pentagram on display behind him. And it meant Tommy Lee taking his final trip on his drum roller coaster, only to see the device break down and stage hands having to climb the rig to help get him down.

The mechanical failure fit the band and the moment perfectly. Lee joked with the crowd throughout the whole ordeal, and it set the performance back so that the New Year’s countdown came a few minutes late. But would anyone want Mötley Crüe’s last concert to run like a fine-oiled machine? That’s not the band they have ever been and not how they should go out. 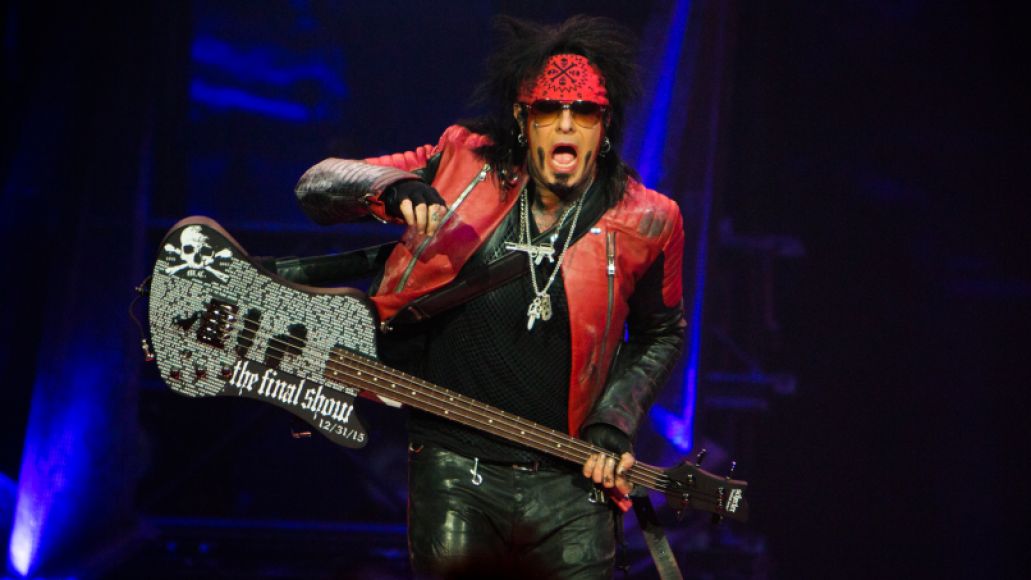 Mötley Crüe might not have the lasting cultural impact of some bands, but their longevity and their reach only tell part of the story about why they matter. For the guy next to me that caught one of Lee’s punted drum sticks or the woman sobbing uncontrollably as the band left the stage for the final time after playing “Home Sweet Home” on a satellite stage surrounded by their fans, the night still provided the kind of transcendental experience we usually reserve for prestige. If anything, we can say that the lasting legacy of the band is that they were originals who didn’t get caught up in pleasing others. As the four-piece left the stage, Frank Sinatra’s “My Way” followed their exit. It rang as true, and that’s all that the band could hope for.