Light snow fell over Park City, Utah, on Saturday afternoon. A line of impatient cars snaked through Main Street, where the hustle and bustle of this year’s Sundance Film Festival continued to boil over. Producers barked into their phones, writers paced back and forth, and friendly locals peppered the action with smiles. Outside of the Sundance ASCAP Music Café, which has been hosting acoustic performances by everyone from The Lonely Wild to Lissie, an excited crowd swarmed the venue doors, waiting anxiously to hear the rustic sounds of Gordon Sumner.

No big deal, right? Not at all. Which is why the cafe was bursting at the seams, passersby had to cross the street to get by, and those on the guest list were even told there might not be room. Needless to say, having the former Police frontman play what’s essentially a Starbucks-sized room was a big deal, and there was no question that everyone around the area knew about it. So, it was understandable that the lucky few hundred that were able to squeeze in didn’t exactly follow the room’s guidelines of “Please be quiet during performances. Thank you.”

“You can help me if you’d like,” Sting asked the audience as he strummed along to “Message in a Bottle”. Behind an acoustic guitar, which he would later claim was “almost as old as me,” he sang the Reggatta de Blanc hit, coasting on the harmonies of his faithful fans, who shouted back, “Sending out an S.O.S.,” turning the cafe into a small arena. At one point, he knocked on the guitar’s body, attempting to add a little percussion, which elicited some applause, but sadly no clap-along. Still, that didn’t stop him from flashing a devilish grin from his sailor’s beard. 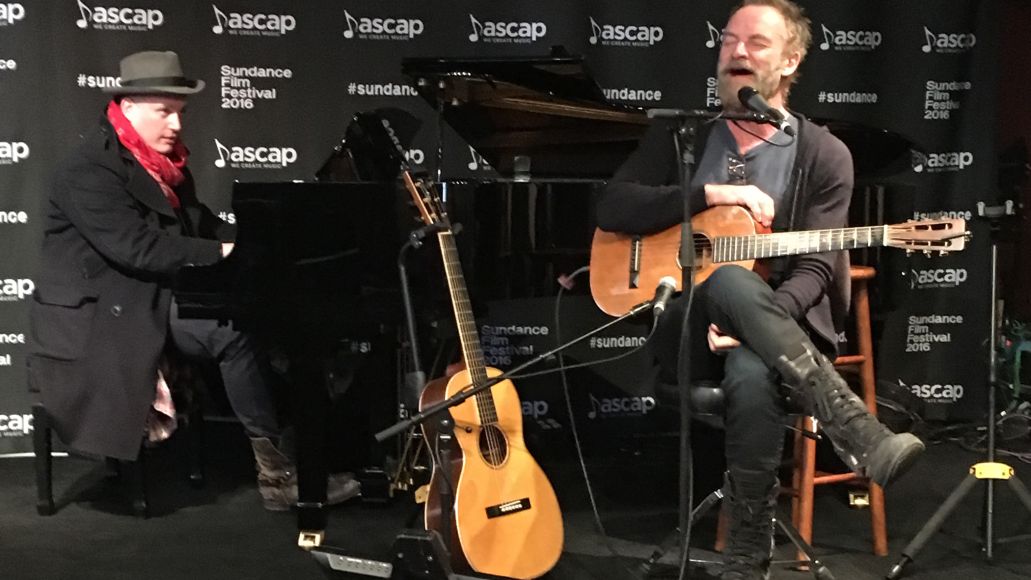 Speaking of sailors, he dove straight into “The Last Ship”, the titular composition from his recent autobiographical musical. Few, if any, knew the words, but that didn’t matter as they stood silently magnetized to the story. Following this, he announced that he had a country song to play, joking, “It’s different for an Englishman to write a country song,” contending that he was vindicated since both the late Johnny Cash and New Jersey’s own Bruce Springsteen covered the song. This led, naturally, to the Mercury Falling hit, “I Hung My Head”, a major highlight of the short set.

“This is going very well,” he observed, continuing on as a storyteller (he was an English professor centuries ago) as he introduced another number off The Last Ship, this time being “The Night the Pugilist Learned How to Dance”. He explained that where he grew up — so, Wallsend, Tyne & Wear, England — he had to “learn how to fight” or “be a very fast runner,” the punch line being that he was quite the latter. The song was nice and all, but somewhat of a disappointment to those hoping to hear another track from The Police or anything from his back catalog.

But, he wasn’t there to wax nostalgic. No, he was out supporting HBO’s forthcoming documentary, Jim: The James Foley Story, which he calls the “most important film you will see this year.” As the title indicates, the film follows the late journalist who was captured and killed in 2014 by the Islamic State of Iraq and the Levant. Last year, Sting was asked by Academy Award-nominated composer J. Ralph to work on a song for the film, which he agreed to do after his wife, Trudy (who was there), insisted upon it. So, following a stroll through New York’s Central Park last autumn, he wrote “The Empty Chair”, which he performed alongside Ralph. 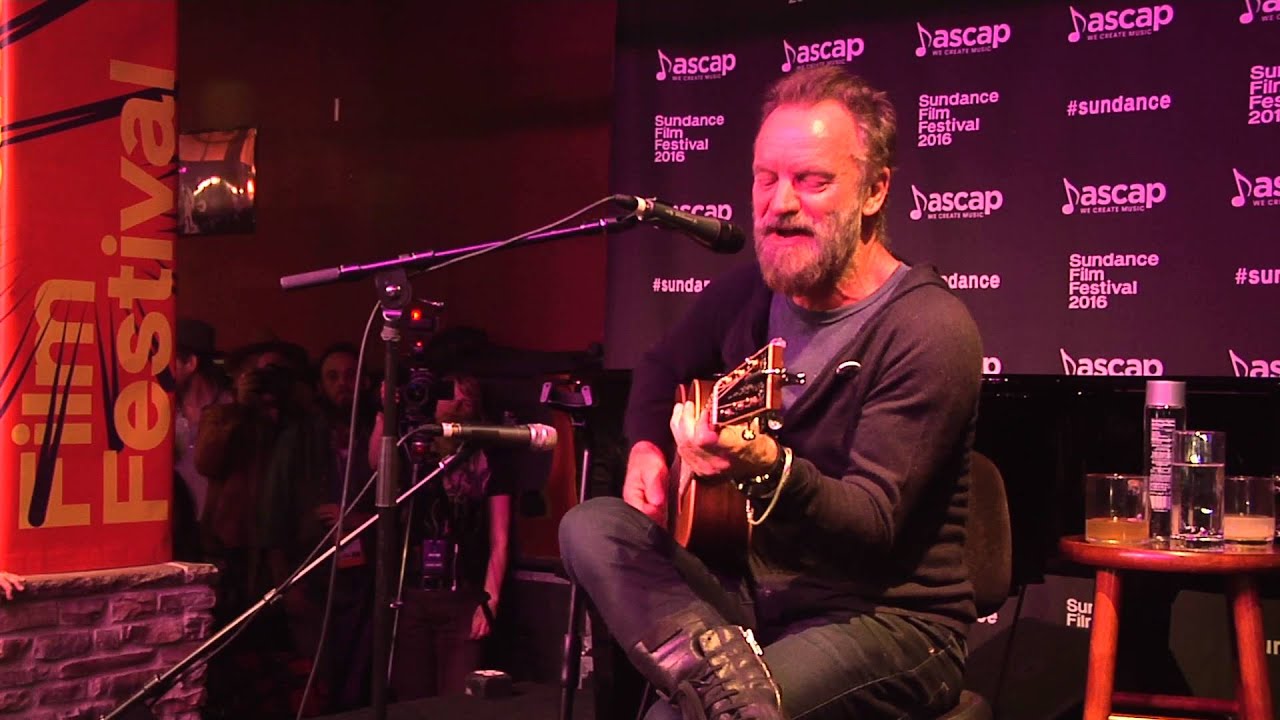 Considering Foley’s surviving family was in attendance, there was a rather funereal quality to the emotional performance, and the feeling in the room was palpable. “Hear my prayer, and somehow I’ll be there,” Sting sang as Ralph orchestrated at the piano nearby. The entire song is told in the POV of Foley with the image of an empty chair during Thanksgiving. It’s a haunting lullaby, in the vein of Springsteen’s “The Wrestler”, and as such, it’s sad, it’s tragic, and it’s one of the smartest tunes that Sting has penned in years. Sting urged everyone to see the film, admitting “he had to pick me off the floor” by the end.

From there, a somewhat frantic “Every Breath You Take” closed out the initial set, the crowning moment surfacing at the very end when everyone chanted the refrain, “Every breath you take and every move you make/ Every bond you break, every step you take…” It could have ended there, but Sting was clearly moved by the crowd (or having way too much fun) and returned to dust off “Fragile”, an oldie from his 1987 album, …Nothing Like the Sun. As he sang, “For all those born beneath an angry star/ Lest we forget how fragile we are,” it all made sense.

And then it was over.

Setlist:
Message in a Bottle
The Last Ship
I Hung My Head
The Night the Pugilist Learned How to Dance
The Empty Chair
Every Breath You Take
Encore:
Fragile