David Bowie has died following an 18-month battle with cancer. He was 69 years old.

News of his death was announced early Monday morning via a statement posted to his website and social media accounts. The statement reads, “David Bowie died peacefully today surrounded by his family after a courageous 18 month battle with cancer. While many of you will share in this loss, we ask that you respect the family’s privacy during their time of grief.”

The news has since been confirmed by The Hollywood Reporter as well as his son, Duncan Jones.

Very sorry and sad to say it's true. I'll be offline for a while. Love to all. pic.twitter.com/Kh2fq3tf9m

Bowie’s death comes just three days after the release of his 26th studio album, ★ (Blackstar). The album’s preoccupation with death, dying, and the angst of being forgotten takes on a whole greater meaning in light of his passing. In a statement, Bowie’s longtime producer Tony Visconti confirmed that ★ was recorded as his “parting gift” to fans.

“[Bowie] always did what he wanted to do,” Visconti writes. “And he wanted to do it his way and he wanted to do it the best way. His death was no different from his life — a work of Art. He made Blackstar for us, his parting gift. I knew for a year this was the way it would be. I wasn’t, however, prepared for it. He was an extraordinary man, full of love and life. He will always be with us. For now, it is appropriate to cry.”

(Read: David Bowie Will Never Die: Decoding the Icon Who Fell to Earth)

Widely considered music’s greatest innovator, David Robert Jones was born on January 8th, 1947 in Brixton, London. He became attracted to music after his father brought home a collection of 45s including Elvis Presley, Little Richard, and Fats Domino. He soon began studying ukulele, tea-chest bass, and alto saxophone. By the age of 15, he formed his first band, and in 1964 he released his debut single “Liza Jane” under the name Davie Jones with the King Bees. In the proceeding years, he would join several more bands before ultimately changing his name to David Bowie and rebranding himself as a solo artist.

Over the next decade, Bowie established his musical genius with one masterpiece after another. Each release brought a new sound and a new persona, from the glam rock of Ziggy Stardust, to the experimental art rock of the Thin White Duke, to the “Berlin era” during which he worked with Brian Eno on three avant-garde records.

Over the course of his 50-year career, Bowie sold over 140 million albums worldwide. Of his 26 studio releases, five went platinum in the US and another seven went gold. He earned three BRIT Awards, two Grammys, and was inducted into the Rock and Roll Hall of Fame in 1996.

But awards and album sales don’t really touch on why Bowie is so beloved, why music fans around the world mourn today. Part of this is the songs, many of which have become ubiquitous in our society. There’s “Space Oddity” and its cosmic conversation between Major Tom and ground control. There’s “Heroes”, possibly one of the most empowering romantic anthems ever to be conceived. And there’s the soaring ballad of “Life on Mars?”, a song where Bowie’s vocals ring equally with confidence and vulnerability, a classic if there ever was one.

(Read: Ranking: Every David Bowie Album From Worst to Best)

Maybe most importantly, there’s the music you can dance to. At the heart of much of Bowie’s output is the need to get people to move, and this was spurred by his ever-changing influences, from rock and roll to disco to new wave to industrial. Bowie was always listening to the sounds of the times and putting his own unique stamp on them, making songs as disparate as “Rebel Rebel”, “Suffragette City”, “Fame”, “Modern Love”, “Changes”, and “Let’s Dance” all make sense as coming from the same artist. No matter the setting, Bowie was always Bowie.

Interestingly, as singular a figure as David Bowie was, he was also a collaborator. In the ’70s, it was with friends Lou Reed and Iggy Pop, two artists he would forever be associated with. In the ’80s, he recorded one of the most iconic duets in music history, “Under Pressure” with Queen’s Freddie Mercury. In the ’90s he found another kindred spirit in Trent Reznor, touring with Nine Inch Nails and collaborating famously on track “I’m Afraid of Americans”. And even as he continued to age, he never lost an interest in being a peer, singing backup for both TV on the Radio and Arcade Fire. There’s something innately approachable and humble about Bowie’s unending willingness to collaborate, making him never seem overly pretentious or superior to his peers, even when he had every right to be.

And music wasn’t his only passion. Fans also were graced with David Bowie the actor, and his screen roles were every bit as creative and unpredictable as his music. It began with the 1976 science fiction adaptation The Man Who Fell to Earth, a film that has earned cult status over the decades. He later played the lead in the Jim Henson fantasy film Labyrinth, a movie that became a ritual for children born in the ’70s and ’80s. There were many serious roles, including appearing as Nikola Tesla in 2006’sThe Prestige, as Andy Warhol in 1996’s Basquiat, and as Pontius Pilate in 1988’s The Last Temptation of Christ. Bowie could even play for laughs, as seen in Zoolander when he appeared as himself to judge a runway walk-off.

Outside of the arts, Bowie was twice married, having a single child from each relationship. His son from his first marriage, Duncan Jones, has gone on to be a film director. His second wife, fashion icon Iman, remained his spouse from their 1992 nuptials until his death.

Over the next days and weeks and maybe even years, people will try to put David Bowie’s life and work into context, but no one will really be able to. His influence and importance are simply immeasurable. He’s one of the few musicians that it is truly impossible to imagine what pop culture would look like if he’d never existed. We can say that the world was better when he was a part of it, and that it will be worse with him gone. Our hope should be that he knew this. He had to know how much he meant.

Stay tuned to Consequence of Sound for a more extensive tribute to Bowie. Below, watch his final music video, “Lazarus”, which was released just last week. Taking place primarily on a hospital bed, Bowie essentially acknowledges his impending demise. 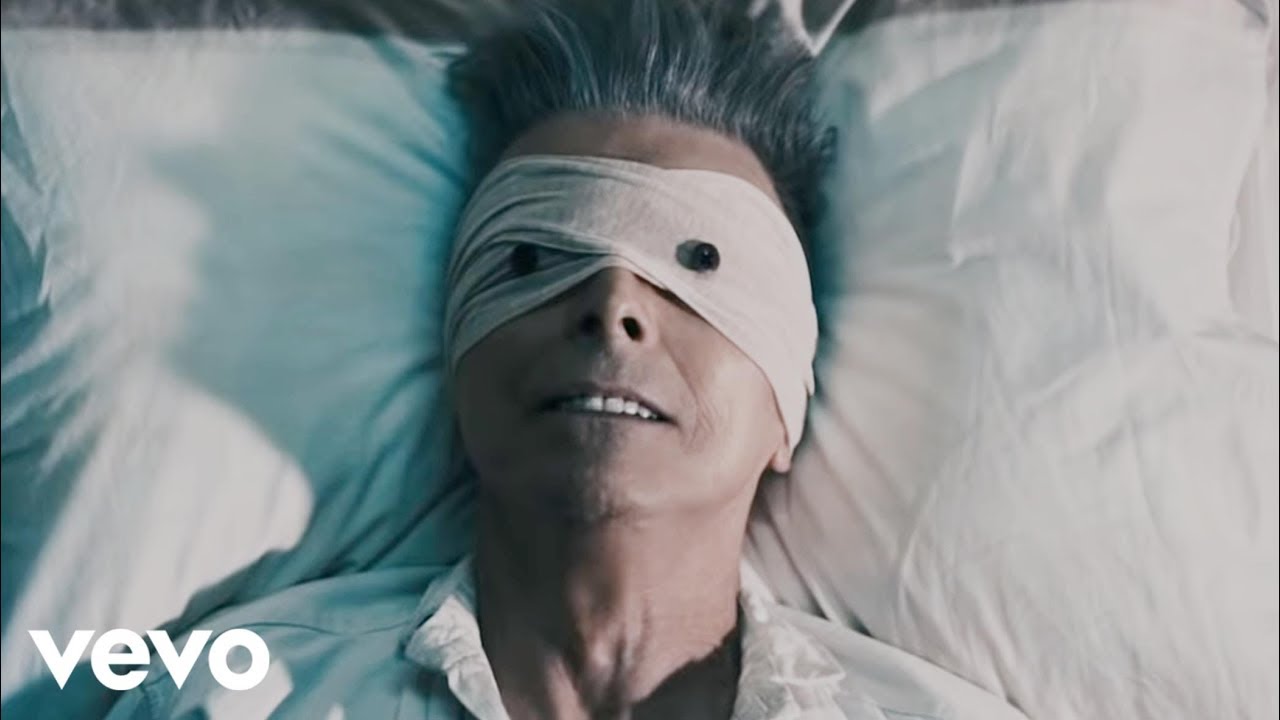