Wait, there’s another Star Wars coming out in November?

It’s all good. May the force(d commodities from Disney’s mouth-wateringly lucrative five-year plan) be with you! There’s a new Captain America! A new X-Men! A new Star Trek! A new Spielberg! A new Scorsese! A new Harry Potter, hold the Potter! Batman will fight Superman. Bustin’ will feel good yet again. Russell Crowe will finally be a nice guy. After finding Nemo, we’ll find Dory. There will be more purging and conjuring. Jane Austen goes full zombie this year. And all those movies we loved and hyped at past fests will see the light of day with wide releases. The point being, there’s always something new, if not a little familiar, in the next theater, and we’re set. So, pack your popcorn, and fill your flasks. 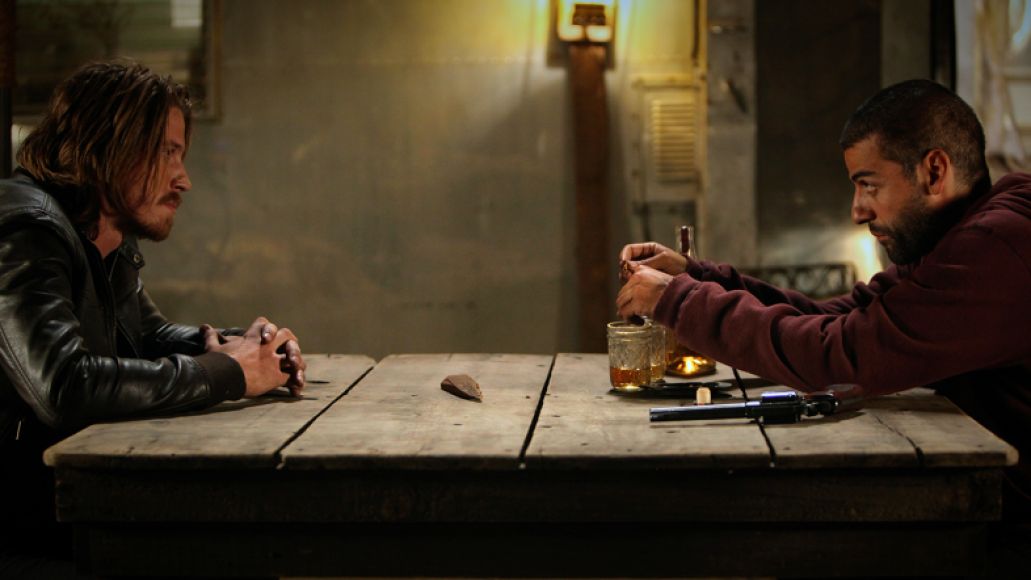 Release Date: January 22nd via A24

William Monahan is probably best known for writing the Academy Award-winning screenplay for The Departed, and it’s true that his hand is shakier holding a camera than a pen. Monahan’s directorial debut resulted in the forgettable crime noir London Bridge, but he’s getting another shot at capturing the lean intensity of his best work with the crime thriller Mojave. He’ll be helped by a pair of budding superstars in Garrett Hedlund and Oscar Isaac, who last shared a screen in 2013’s Inside Llewyn Davis. Hedlund plays Thomas, a troubled artist who retreats to the desert and encounters a homicidal drifter named Jack. As the film’s sinister antagonist, Isaac has the potential to push Mojave to the heights of Monahan’s best work. –Collin Brennan 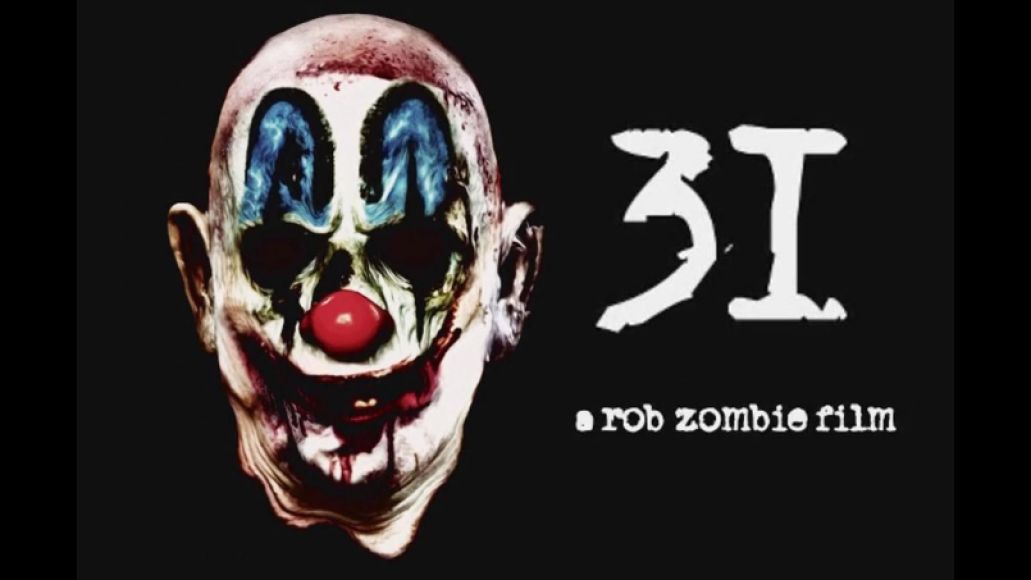 Rob Zombie’s 31 now has an official release date. We’re hoping the prolonged wait is a result of the horror auteur making sure his next project is done his way and his way only as opposed to the usual pitfalls of Development Hell. Just know that it’s about carnival workers trying to escape a gang of murderous clowns and that Zombie has likened it to his strongest movie, The Devil’s Rejects. Whether or not the film lives up to that ambitious comparison remains to be seen, but it will no doubt be visually arresting. Even the Halloween remakes were fun to look at… –Dan Caffrey 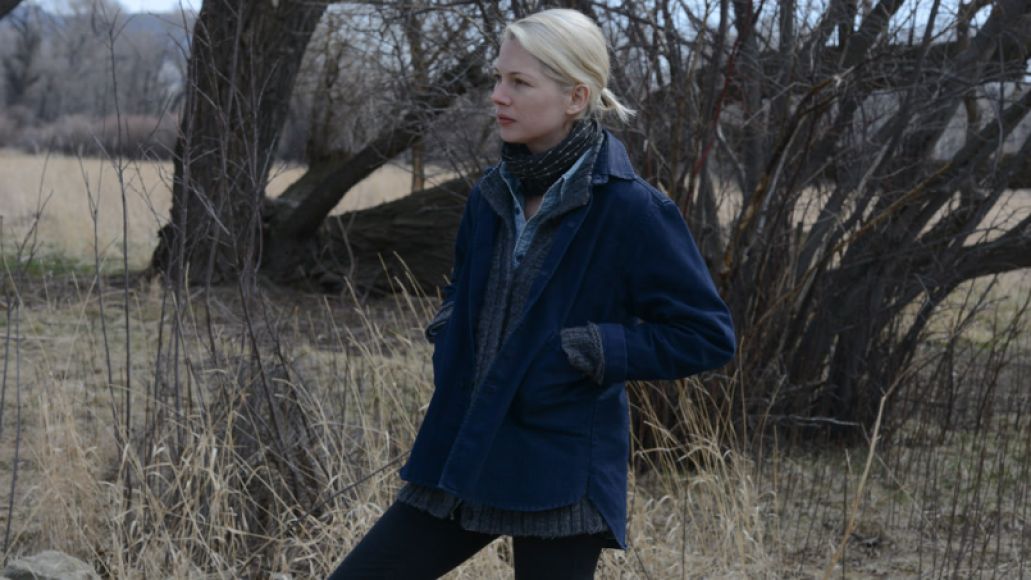 If their past work together – the devastating Wendy and Lucy (2008) and haunting Meek’s Cutoff (2011) – are any indication, the latest collaboration between Michelle Williams and writer/director Kelly Reichardt should be one of the year’s best domestic dramas. The story, which which follows three women (Williams, Kristen Stewart, and Laura Dern) as they navigate their flawed lives in small town America, is perfectly suited to Reichardt’s unique ability to wring profundity out of the tragedies of daily life, and Williams is even more intriguing to watch than usual under her careful guidance. Certain Women could go a long way to cementing their status as one of the great director/actor pairings of our time. –Sarah Kurchak 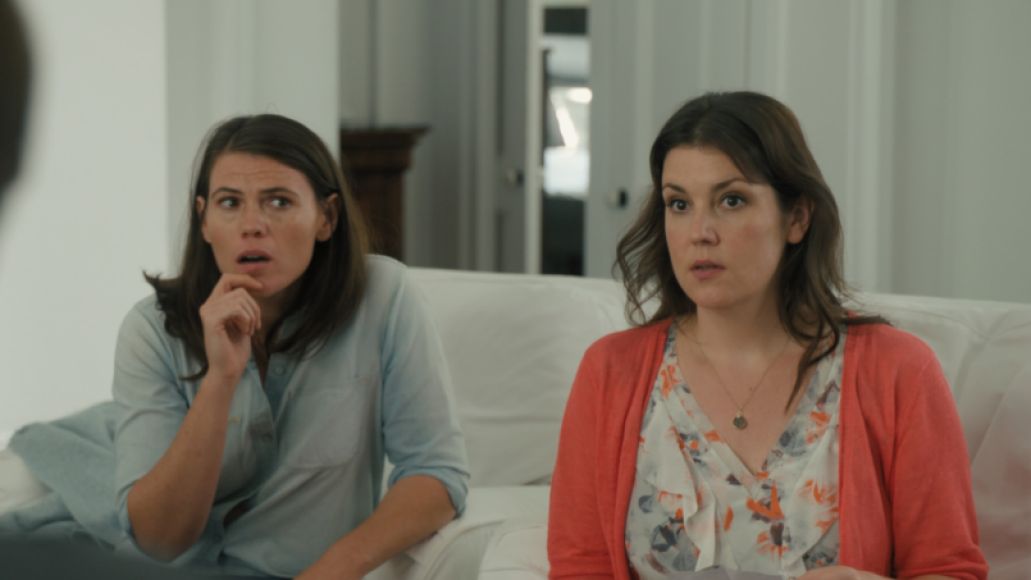 Longtime cult TV and movie favorite and Brother Justin resurrector Clea Duvall makes her writing and directorial debut with this film about a seemingly benign couple’s retreat that goes awry when one of the pairs involved discovers it’s actually an intervention on their marriage. The score is by Sara Quin of Tegan and Sara fame. The cast — which includes Cobie Smulders, Alia Shawkat, and Ben Schwartz — is almost as cool as its director. But what’s most exciting of all for But I’m a Cheerleader fans is that the movie reunites Duvall with two of her co-stars from that camp cult classic: Melanie Lynskey and Natasha Lyonne. –Sarah Kurchak
__________________________________________________________ 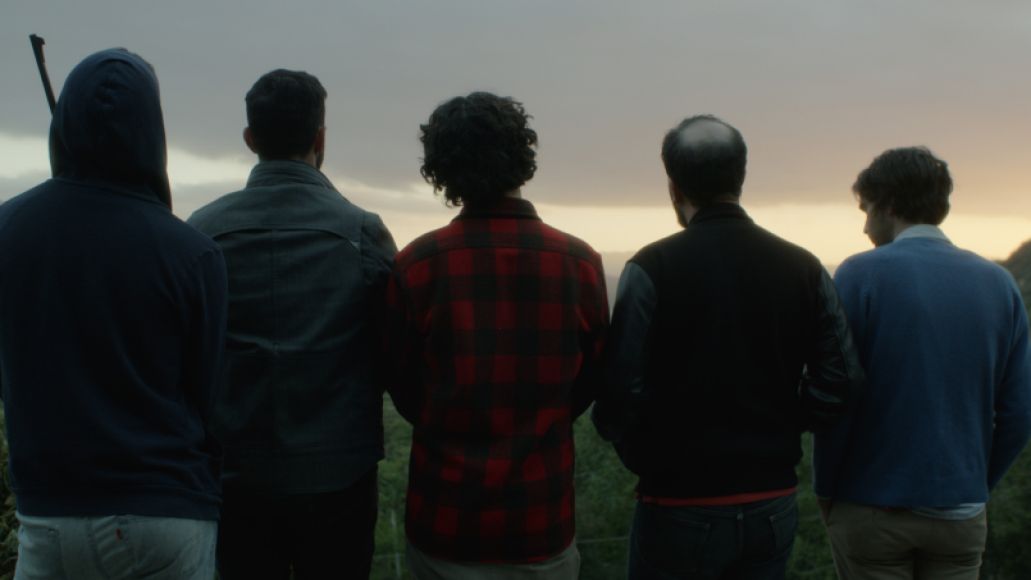 After a failed engagement, Joshy tries to reconnect with the few friends he has left. It’s not the freshest premise, but the film’s pedigree gives us reason to believe that writer and director Jeff Baena’s sophomore feature will be far more than the sum of its logline. The cast — which includes, among many others, Thomas Middleditch, Adam Pally, Alex Ross Perry, Nick Kroll, Jenny Slate, Aubrey Plaza, and Lauren Graham — is one of the funniest you’ll find on this side of the pond. Although Baena tried to make zombies interesting again with his debut feature, Life After Beth, he should have no problem breathing new life into emotionally stunted bros and their relationships. –Sarah Kurchak

Manchester by the Sea 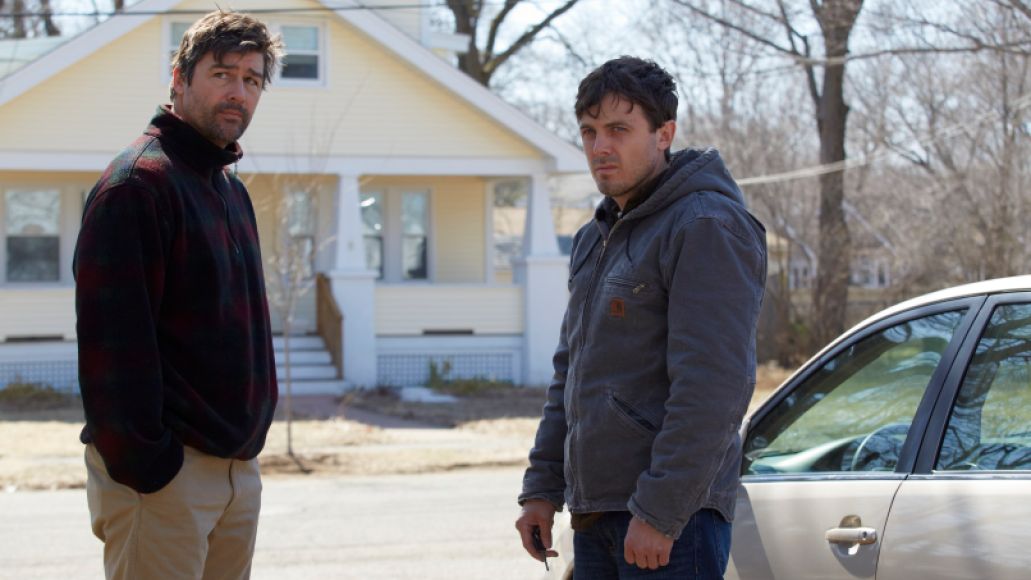 Matt Damon was originally slated to star in Kenneth Lonergan’s Manchester by the Sea, but he was replaced by longtime friend Casey Affleck just a few months before filming began on location in Massachusetts. Damon’s a proven commodity, but we’re more interested in seeing Affleck take on another meaty dramatic role after knocking his last major role — 2013’s Ain’t Them Bodies Saints — out of the park. The actor is on a bit of a hot streak, with two other films (The Finest Hours and Triple 9) due out this year. Here, he’ll play Lee Chandler, who returns to his hometown after he’s unexpectedly made the legal guardian of his dead brother’s son. With Michelle Williams and Kyle Chandler also lending their talents, this indie flick won’t lack for bona fide star power. –Collin Brennan

Michael Jackson’s Journey from Motown to Off the Wall 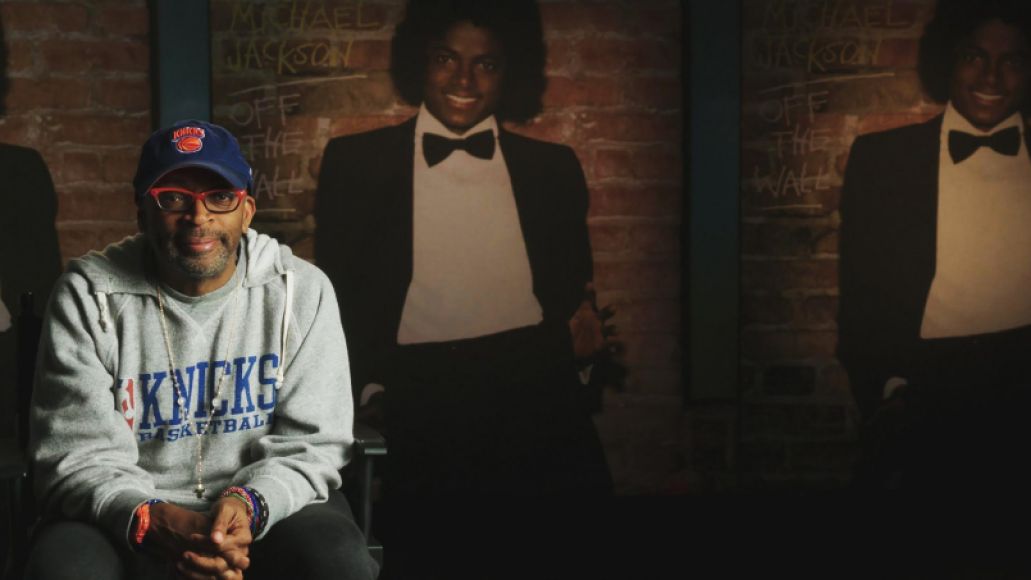 You see Spike Lee’s documentary for Bad’s 25th anniversary in 2012? The movie was fantastic! In-depth! Electric! Totally, like, off the wall! Imagine what he could spin from Off the Wall proper! Michael Jackson’s Journey from Motown to Off the Wall will be premiering at Sundance, and the doc promises to cover exactly what’s right there in the title. Jackson folks: let out an MJ-style “ooooooh!” right about now. The album’s a knockout (duh), and with Spike directing, the project promises to deliver potent ruminations on Michael’s music. Still not sure about the filming on the wall? To recall the raw power of Off the Wall, remember, Michael Jackson and his classically catchy disco grooves could make even four of the nastiest goons on television look loveable for a minute. –Blake Goble 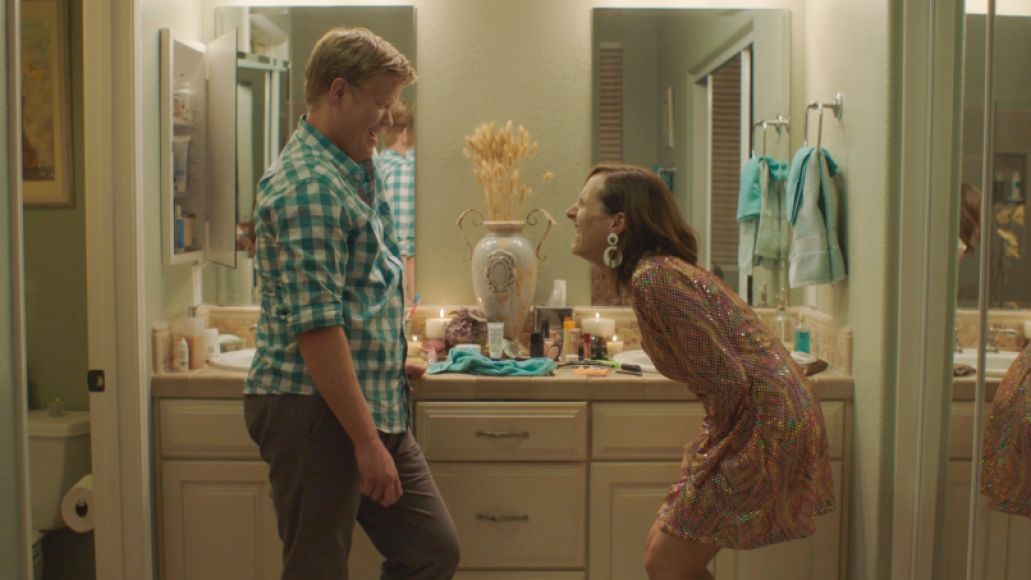 Writer and director Chris Kelly has some impressive comedic credits to his name. Saturday Night Live, Broad City, The Onion … clearly he’s got the chops to write about what it’s like to be a comedy writer in what will be his (seemingly?) autobiographical feature debut. Starring Jesse Plemons and Molly Shannon, Other People follows a struggling writer as he returns to Sacramento to care for his dying mother. Kelly has been a solid comedic force in his time as a writer, and to see that voice carry a feature film is bound to be a treat. Not to mention, the cast lists some of the most exciting voices in comedy today, from Zach Woods and Retta to John Early. –Rebecca Bulnes 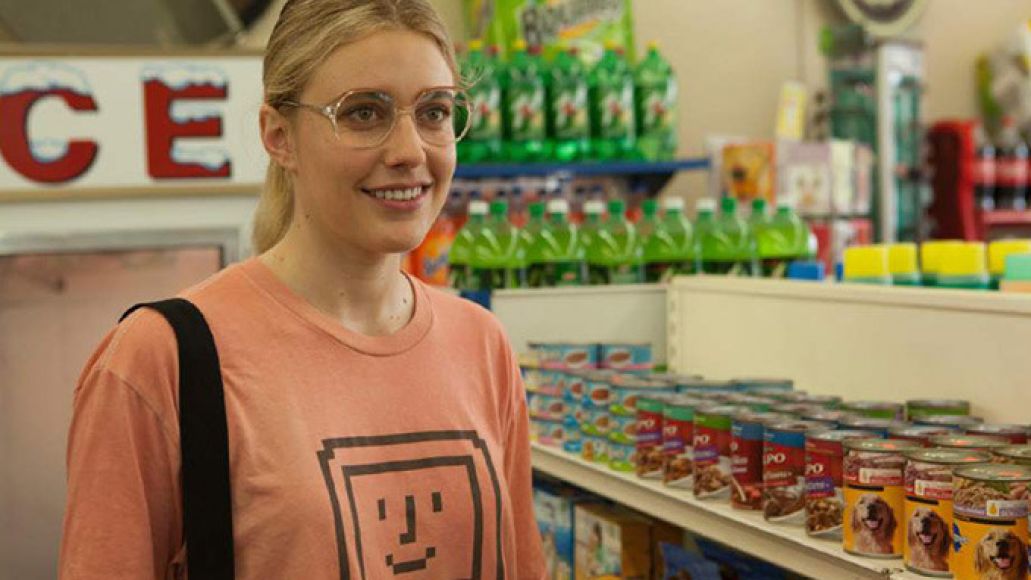 He never gets credited as such, but Todd Solondz is truly one of America’s most experimental directors. With underrated masterpieces like Happiness and Palindromes, he not only writes bluntly about taboo subjects like pedophilia, evangelicalism, and abortion, but actually makes pains to humanize (gasp!) those at the center of the controversies he guts. Furthermore, he’s been building, then subverting, his own shared universe since he hit the scene with 1995’s Welcome to the Dollhouse, often returning to characters from previous films while only occasionally casting the same actor. He’s essentially creating his own archetypes, a technique that allows him to explore the multiple realities of a single character without being bound to appearance or his own canon. He continues this trend with Weiner-Dog, a film that checks in with Dollhouse’s protagonist Dawn “Wiener-Dog” Wiener as a thirtysomething, even though Palindromes revealed she committed suicide after becoming morbidly obese. Considering the effervescent Greta Gerwig is playing Dawn, it’s safe to say Solondz is exploring an alternate history for the character. Sad as it is, returning to the milieu of his most famous movie is probably the best option for the filmmaker since, in his own words, every one of his movies since then has made “half what the previous one made.” Such is the fate of the truly countercultural. –Randall Colburn 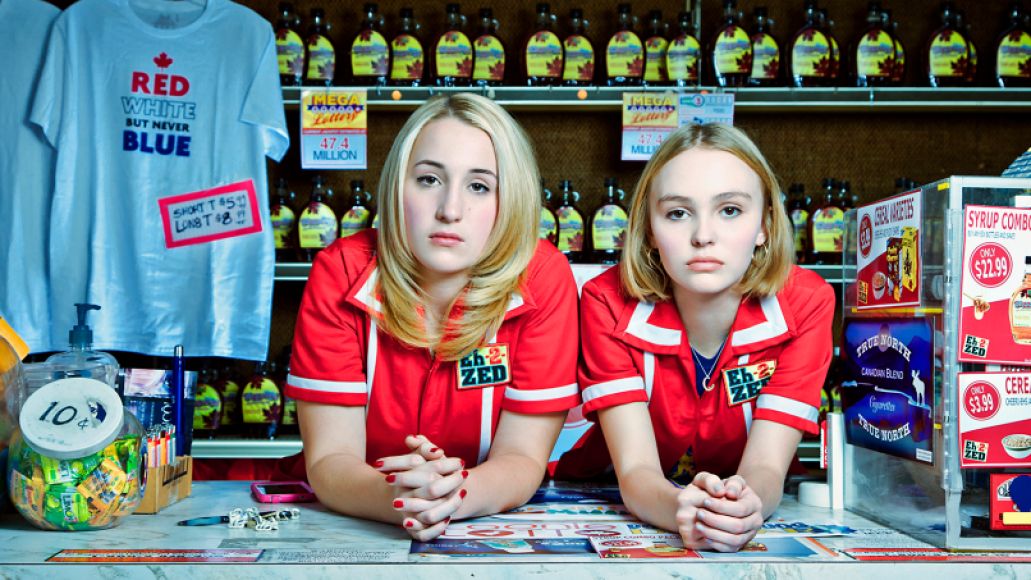 Reading the plot to Kevin Smith’s Yoga Hosers is like listening to your dad try to talk like a millennial. The second in the director’s True North trilogy of Canada-set horror movies and, as such, the follow-up to his so-so Tusk, Yoga Hosers is about two teenagers in Winnipeg who “love yoga and live on their smartphones” and must do battle with an “ancient evil” using, you guessed it, yoga. I’ll bet one of them describes everything as “lit.” It stars Harley Quinn Smith and Lily-Rose Depp, the daughters of Smith and Johnny Depp, respectively, as well as Depp himself, who’s reprising his Mortdecai-adjacent Guy LaPointe, the clown who very nearly buried Tusk. Expect another tonally muddy affair that pairs flashy gore with “eh” jokes. –Randall Colburn