Compared to her contemporaries, Kacey Musgraves is in a favorable and perhaps unexpected position. Lauded by publications that, at best, give minimal to no attention to modern country, Musgraves has somehow found herself in a situation that rarely presents itself to country musicians not named Taylor.

While it’d be easy to brush it off as poptimism gone country, Musgraves deserves more respect than that. Her songs are reminders of a bygone era — they exist somewhere between alt-country and today’s modern pop variation while still holding true to the ’50s and ’60s. They continue the tradition of trailblazing country women like Loretta Lynn and Bobbie Gentry. Though she doesn’t have anything quite as edgy as “Rated X”, Musgrave’s lyrics hit a sweet spot between melancholy (“And it don’t matter if you don’t believe, come Sunday morning/ You best be there in the front row like you’re supposed to”) and humor (“I ain’t pageant material/ I’m always higher than my hair”). And, despite receiving minimal radio airplay (still the bread and butter of the country music world), she managed to almost sell out the Orpheum Theater with 2700 devoted fans. 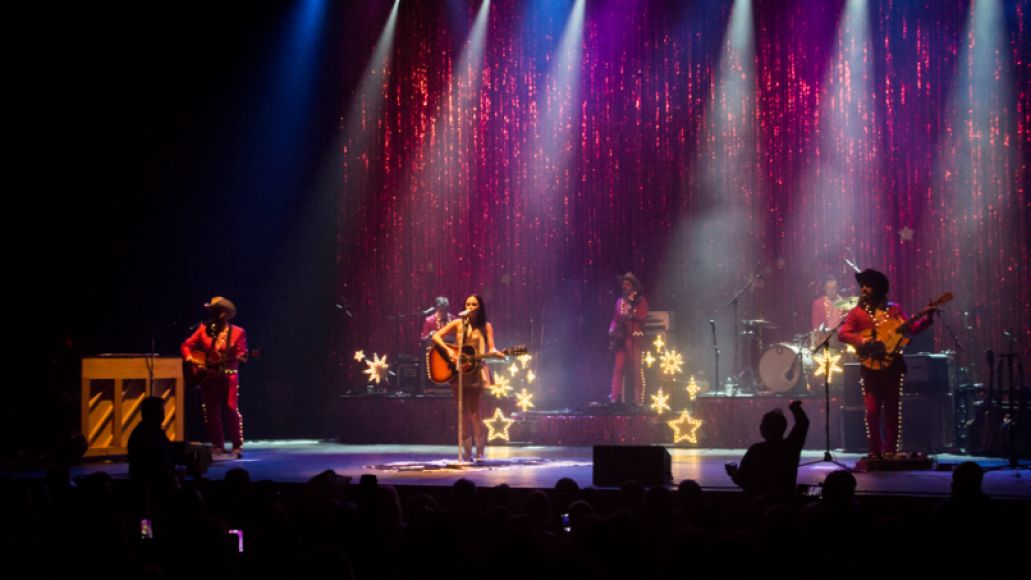 The Cactus Blossoms opened with an approximate recreation of what it’d be like to attend an Everly Brothers concert in the late ’50s. With slicked-up hair and neat, collared shirts, the brotherly duo of Page Burkum and Jack Torrey alternated between “Cathy’s Clown”-esque ballads and Buddy Holly-inspired rave-ups as their gentle harmonies wafted over an inattentive crowd. “There’s two of them, but if you close your eyes … You wouldn’t even notice!” one punter commented before returning to a previous conversation.

It’s a shame, but even the dull roar of the back half of the theater talking couldn’t detract from the duo’s solid set of songs off of their freshly released debut album, You’re Dreaming. They’re a pleasant and nostalgic throwback so authentic you’d think you’re listening to the real deal, but they couldn’t quite command a stage like Don and Phil could.Kacey Musgraves, on the other hand, had no such problems. With a backdrop of glitter streamers, neon signs shaped like twinkling stars, and a band dressed up in nudie suits that were adorned with Christmas lights, she casually strolled on stage and went right into “Pageant Material”. With a talented five-piece band backing her, Musgraves delivered a note-perfect rendition of her latest album’s title-track. 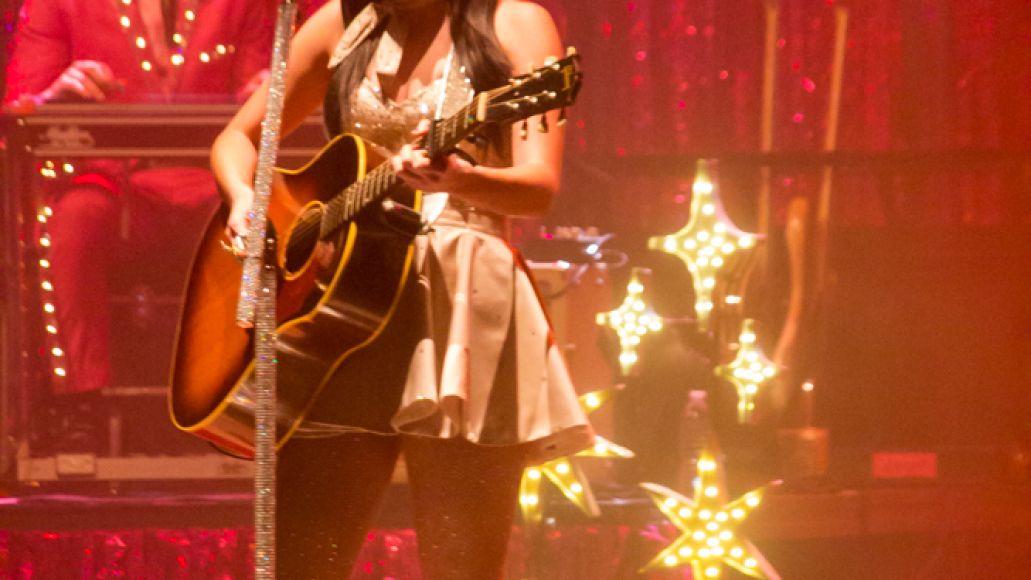 From younger children with their parents to senior citizens who were probably old enough to remember when Patsy Cline first performed on the Grand Ole Opry, the previously apathetic crowd went nuts. Rarely have I seen such an impassioned reaction to a newer act, but perhaps that comes with the pop aspect of her songwriting. She was barely two songs into her set when she was presented a custom-made, rhinestone-bedazzled leather jacket from a fan who flew in from Vegas.

That enthusiasm was unyielding over the course of her 20-song set. Bigger hits like “Dimestore Cowgirl” and “Step Off” were met with huge sing-alongs, but pretty much every song warranted a whole lot of whoopin’ and hollerin’. Casual country fans were treated to her original version of “Mama’s Broken Heart” (originally written for Miranda Lambert), and younger fans delighted in a cover of Julie Andrews’ Disney classic, “A Spoonful of Sugar”. She even invited a young girl to come onstage and sing “Merry Go ‘Round” with her. As someone who constantly sings about familial devotion, Musgraves’ performance had a very friendly and inviting atmosphere, driving home the point as to how she has managed to garner a significant and loving fanbase.

Such ardent devotion centers around a singular fact: Musgraves has an authentic personality in a world of manufactured country-pop. She is true to herself, and her music reflects that in a way that the common listener can also look in the same mirror and see themselves. The people have found the true Musgraves, and at this point, no publicity, good or bad, could dissuade them otherwise.