The city of Seattle, Washington has declared February 7th, 2016 as “International Clash Day” in honor of the legendary punk band.

An official proclamation written by Mayor Edward B. Murray recognizes The Clash for “establishing their unique sound combining punk with reggae, dub, funk, and ska, behind socially conscious lyrics.” The proclomation also notes the band’s 1982 performance in Seattle during which they “[outshone] headliners The Who, and [inspired] a young audience member, Jeff Ament, to grow up and become the bassist for Pearl Jam.”

Beginning 6:00 a.m. PST on Friday, Seattle radio station KEXP is marking “International Clash Day” with 12 consecutive hours of the band’s music along with rarities, side projects, and interviews, including a discussion with director Julien Temple, who directed the acclaimed Joe Strummer documentary, The Future is Unwritten.

Read the mayor’s proclamation and listen to a live stream of KEXP below. 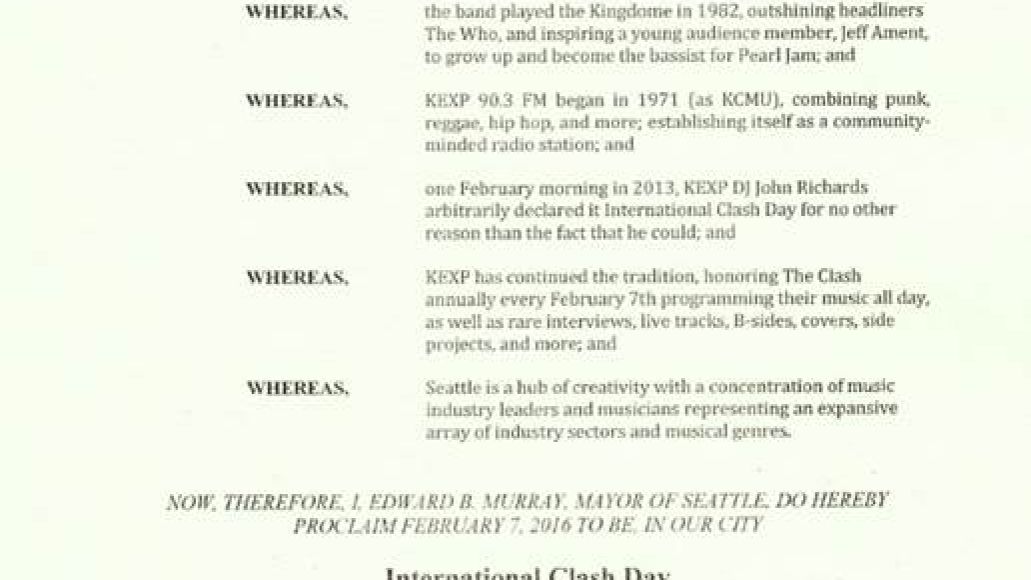