Minneapolis-based rapper Astronautalis isn’t an easy artist to pinpoint. Hip-hop serves as the backbone to tracks like new single “Running Away From God”, but he borrows freely from genres as varied as big-band jazz, Southern-inspired blues, and orchestral pop. It’s almost breathtaking to hear Astronautalis work his way into a lightning-fast flow, but the music beneath his rhymes is just as capable of eliciting strong emotions.

“Running Away From God” is a perfect encapsulation of everything Astronautalis does well, from the bass- and brass-heavy backing track to the relentless lyrical delivery. The track is the first single off his forthcoming album Cut The Body Loose, and it celebrates the fortitude of the human spirit in the face of adversity. Astronautalis has seen plenty of adversity in his travels over the years, from the post-Katrina landscapes of New Orleans to the backrooms of a depressed Slovakian mining town.

“The more I tour, the more I travel, the more I see things like this — people working against, or around the large forces pushing them down,” he explains. “They don’t let the size of the storm drown them, or the depth of the void swallow them whole, and the cops don’t have weapons strong enough to crush them. Everywhere I go, I see people who are undeterred, unwavering and in turn, unstoppable in their relentless pursuit of a full and happy life.” He’s captured that same unstoppable energy in the video for “Running Away From God”, which you can check out below.

Cut The Body Loose will be out May 13th via SideOneDummy Records. Pre=orders for the album are available via the SideOneDummy online store or on iTunes, where you can get an exclusive download of “Running Away From God”. Astronautalis kicks off a full tour of the US and Europe on May 5; check out the dates here. 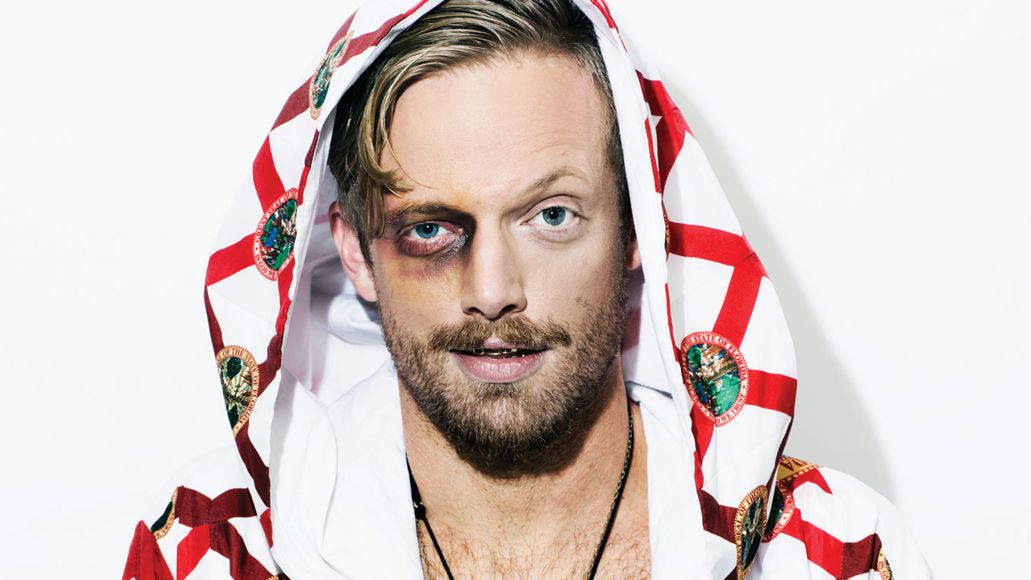 Astronautalis has also shared a personal essay about the inspiration behind “Running Away From God”, which you can read below.

My first time in New Orleans was in the spring of 2006, six months to the day after Katrina hit. A couple of my dear friends had made plans a year before to get married in the Crescent City, and, despite logic and all good sense, they remained undeterred. Even after hell and high water had come to Louisiana.

Now, I am from Florida, i have seen Hurricanes, but i have never seen anything like that, even six months after the storm had come and gone. Beyond the simple difficulty of trying to navigate and city with no street signs or stop lights (without a GPS or a smartphone), there were far more shocking scenes of destruction, none more shocking than the miles and miles of destroyed cars that had been intentionally deposited, and organized under the elevated highway of interstate 10. Cop cars crushed flat, a stretch limousine filled with mud, and ambulances with high water marks. It was a truly overwhelming, and unsettling symbol for everything that city had been dealing with. Yet, through all of this destruction, you saw people working, struggling, and fighting to get their lives back, to build their homes back, and in the case of the happy couple, start their life together, despite the forces outside themselves, working against them.

Years later, I found myself in an old Slovak mining town called Čadca, which didn’t need a hurricane to bring it to it’s knees. The mines took care of that when they went bust years before. But when I got a Facebook message from some guy named “Twiggy” asking me to play a show there, I, of course, said yes. They cleared out the top floor of a coffee shop, set up a little PA, and folks packed into that little sweat box and got the fuck down! This isn’t the kind of show you take for the money, prospects are low in rural Slovakia, and folks are more inclined to scrape their euros together for Beer and Tatransky Caj (a local liquor made of herbs)…not merch. And who could blame them? And still, despite an economy collapsing under them, and a town declining around them, people came out, danced, drank, sang, made out, made do, and made the best of what they had.

Later, on that same tour (or perhaps the next one? They blur together sometimes), we were booked to play a show in a really legendary squat in Bern, Switzerland called the “Dachstock”. The Dachstock has been putting on shows in its main room (which holds 2000 people) since 1987, in addition to the small room, the cultural center, the restaurant, and the artist housing, it is quite an astounding compound…and it is entirely illegal. Think of the nicest big venue in your town, and the Dachstock probably has better sound, a better paid staff, and takes far better care of their artists, and again, IS ENTIRELY ILLEGAL.

To an American, this seems impossible to conceive, and so naturally I was full of questions which I dumped on the club’s front of house engineer after soundcheck was finished. I asked her if the government has ever tried to shut them down, to which she casually replied, “Ja, every few years, some politician will send the cops to try and stop us”.

“We lock them out”, she responded, as plain as can be.

Realizing I was already looking like a dumb American, and there was no point in trying to cover my tracks, I doubled down, and asked, “Well what do they do, when you lock them out?”

“Most of the time, they get bored, and they go home, sometimes they try to come in”

“And when they try to come in?”

“We fight them!”, she said in a tone, that translated in any language as “DUH!”

Coming from America, at a time when established, iconic venues in Seattle, and Austin, were getting shut down because of gentrification and condo expansion, the idea that a club would not only ignore the protests of the city officials, but repeatedly fight the cops to keep their doors open, and WIN?! All of this because they want to keep outsider music and art thriving in an otherwise, very conservative city. This was nothing short of mind-blowing.

The more I tour, the more I travel, the more I see things like this – people working against, or around the large forces pushing them down. People sidestepping the rules, ignoring their kings, killing their masters, and instead of running to the arms of their gods for help or comfort, they are running away. They don’t let the size of the storm drown them, or the depth of the void swallow them whole, and the cops don’t have weapons strong enough to crush them. Everywhere I go, I see people who are undeterred, unwavering and in turn, unstoppable in their relentless pursuit of a full and happy life.

And that is the most inspiring thing I have ever seen.