As Oliver Stone’s The Doors turns 25 this month, contributing writer David Konow tries to figure out why the rock movie seems to be on perpetual life support and whether or not it can ever be revived.

There was a time when the Western was considered all but dead. Cowboys and Indians were totally played out, even on TV, where shows like Gunsmoke and Bonanza reigned supreme. Who would have thought a TV cowboy like Clint Eastwood could help revive the genre? But that’s exactly what he did with A Fistful of Dollars and The Good, the Bad, and the Ugly, and the Western got a whole new life.

Other genres have experienced a similarly unlikely renaissance. For many years, there was no genre considered more dead than the musical, but then it came back stronger than ever with the big-screen versions of Chicago, Hairspray, and Mamma Mia!, just to name a few. While we wish we could say the same for the rock movie, it may be, surprisingly, one genre that may never come back from the dead.

It seems that every decade a movie comes along that will hopefully lead the rock flick revival, like The Doors, Almost Famous, or The Runaways, but none of them has been able to usher in that new era, and frankly we’ve been a bit perplexed as to why the rock movie hasn’t yet made a comeback. Looking more closely at the evidence, however, the answers start to become much clearer. 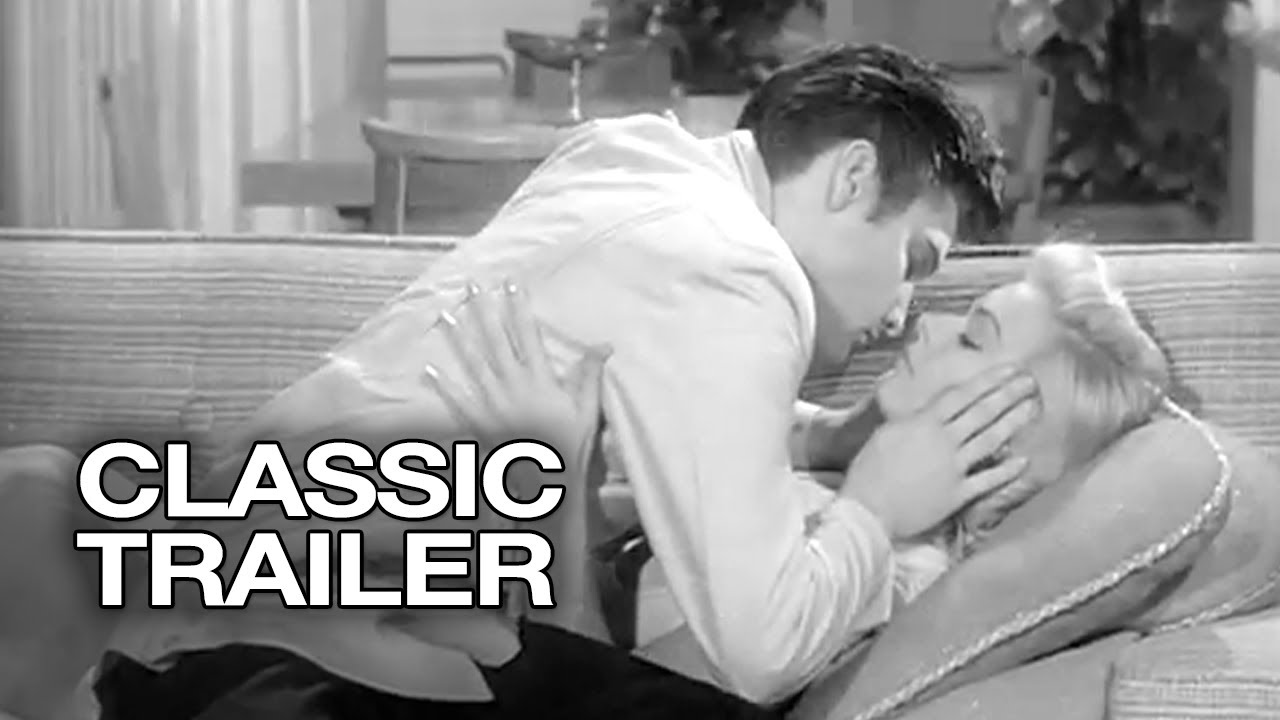 There have been rock movies since the beginning of rock ‘n’ roll in the ’50s. You had low-budget teenage rebellion flicks like 1956’s Rock, Rock, Rock! as well as one of the first classics of the genre, the 1957 Elvis Presley vehicle Jailhouse Rock. In the ’60s, The Beatles hit the big screen, followed closely by hit concert films like Michael Wadleigh’s Woodstock. Rock music even started permeating major studio movies like Easy Rider, paving the way for Martin Scorsese’s rock-heavy soundtracks.

In the ’70s, you had whacked-out rock operas like Tommy, comedies like Rock ‘n’ Roll High School, nostalgia generators like American Hot Wax, and two enormous hits starring John Travolta that captured the zeitgeist of the time: Saturday Night Fever and Grease. Even the rock movies of the ’70s that were complete disasters, like Sgt Pepper’s, were undeniably ambitious efforts.

When MTV came along in the ’80s, it changed the game. The new channel showed mini movies set to music, and mainstream films gradually began to look more like videos with their fast cutting and flashy camerawork.

Perhaps the demise of the rock musical is one of the byproducts of the music business collapsing in the late ‘90s. As Allan Arkush, director of Rock ‘n’ Roll High School and Get Crazy, notes, “Rock music is now a very small part of the music business, and present-day music has very little impact on the culture. It doesn’t have the impact it once did. The culture is not moved by music. It’s not to say that people individually don’t find music that they love and listen to. But as a force in society, it doesn’t do that.”

One glaring problem is today’s generation gap. Clayton Townsend, one of the producers of The Doors movie, points out that when young people spend $15 on a film, they’re more likely to spend it on the latest superhero blockbuster than on something filled with their parents’ music. (Then again, Townsend watched Grease Live with his kids, and they loved it.)

Even novel ideas have mostly been met with failure. Metallica attempted to bring the concert film back with Through the Never, but it bombed, primarily because they shot it in 3D IMAX. Through the Never went up against the hit sci-fi movie Gravity, which took up the lion’s share of IMAX screens and ultimately left Metallica’s movie in the dust. Then again, very few concert films have turned a big profit. One exception is Woodstock, which was a big hit because most people couldn’t make it to the actual concert, and seeing it on the big screen was the next best thing.

Another problem may be the oversaturation of options in today’s viewing. Several decades ago, studios weren’t so concerned about the proliferation of YouTube, cable channels, and streaming. If you wanted to see a rock movie before it hit the video store, you had to go to a theater.

As author and Rolling Stone contributor D.X. Ferris says, “Rock movies don’t meet a current need. When we were growing up, if we wanted to see our favorite bands, all we had were concerts and Neil Zlozower photos in magazines. Zeppelin had broken up, so you either looked at the same small collection of iconic photos, or you watched The Song Remains the Same. In the 21st century, if you want to see your favorite band, just pull up YouTube, and it’s all there: videos, live footage, crappy live footage, pro-shot live footage, backstage footage, interviews, amateur video, you name it. And if the band hasn’t made its own trippy conceptual video, some fan probably has. Video of bands is not a rare commodity anymore.” 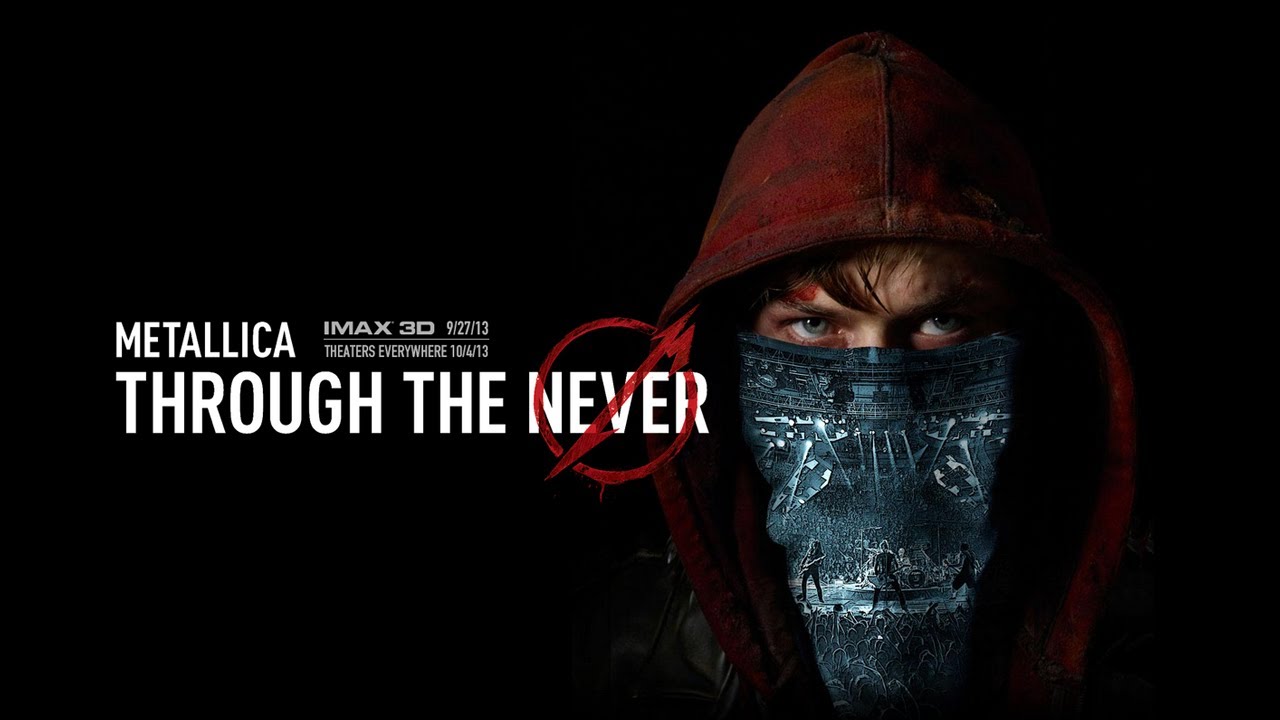 At the same time, Arkush reminds us that “we are in some ways in a golden age of concert movies, but they’re not theatrical.” He points to Jonathan Demme’s work with Neil Young, like the Trunk Show and Journeys, as well as the acclaimed director’s upcoming concert film with Justin Timberlake. And artists are still going back to the vaults for old concert footage, he insists. “There’s more of a return to material that exists in the vaults and reissuing it for home use, because people have nice sound systems in their homes.”

Many are hoping that cable can give the rock movie a second life, but the new HBO record industry drama, Vinyl, has been struggling in the ratings, and judging by the trailers, Roadies looks like it could be the same tired, feel-good shtick we’ve been seeing from Cameron Crowe for decades now.

Speaking of cable, MTV could have hurt the rock movie in the long run as well. Did it give rock ‘n’ roll fans a shorter attention span? Did it indeed take away the need to go see feature-length concert films in the movie theaters?

“A weird thing happened as MTV developed,” says Marc Spitz, author of an upcoming history of rock ‘n’ roll cinema entitled Loud Pictures. “The music videos became more cinematic. ‘Thriller’ is actually on the National Film Registry, and ‘Love Is a Battlefield’ and all these videos suddenly had dialogue and major directors. Scorsese directed ‘Bad’. At the same time, actual movies became more like music videos … The ’80s was sort of ass-backwards that way. But the ’80s music video could never replace a truly great rock film or even a film that’s soundtrack-driven, like Repo Man and Pretty in Pink.”

Spitz continues, “The hardest thing to truly capture on film is the energy that is so effortlessly there at a rock show, a party, a club, or just playing loud music at home and being utterly immersed. If it holds you, it means they are giving you something of value: The truth and maybe three chords. You need suspense but mostly electricity, and filmmaking is slow and methodical and staged with so many takes that every time you strive for perfection, you lose a little bit of that. How do you contain that in a three-act narrative or anything bound to structure?”

And indeed, that’s another problem that has plagued the rock movie, especially in recent years. We’ve seen enough episodes of VH1’s Behind the Music to know the three-act structure of a rock band’s story, to the point where it feels way too familiar to even the casual viewer. “[2004 Ray Charles biopic] Ray was really the tipping point,” Spitz says. “After that, Hollywood felt a little too comfortable with the three-act biopic.”

But just when it seemed that things couldn’t get any bleaker for the rock movie, it found a very unlikely savior last summer in the NWA biopic Straight Outta Compton. With the success of Compton and the seemingly inevitable big-screen adaptation of the hip-hop musical Hamilton, perhaps it’s rappers who will finally save the rock movie.

“I think the lesson learned from Compton and Hamilton is you have to go big,” Ferris says. “Music is in doldrums because everybody is following some kind of conventional wisdom about what art and presentation and form are supposed to be. Nobody wants to take art anywhere new. Everybody just wants to be good enough to get into the game. Hamilton’s premise is borderline ridiculous, but creator Lin-Manuel Miranda didn’t set out to make it marketable. He had a vision, and he realized it. And as of now, you can only get that full Hamilton experience from one source: the sold-out Broadway show.”

Indeed, if the rock movie has any chance of surviving, it has to return to the spirit of the ’70s in that it needs to be ambitious and unafraid to take risks. In other words, it needs to “go big,” which is tough to do in today’s Hollywood mainstream. The NWA movie could end up being an anomaly, but right now there is at least a need for a Hamilton movie, because not everyone can afford to see it on Broadway.

The rock movie will never be like it was back in the day, but its spirit will continue to live on whether the genre survives or not. As critic and author Matt Lohr says, “If your argument is that a rock movie also includes a film that is largely powered by a rock soundtrack, then it’s fair to say that the rock film never truly went away. Scorsese still utilizes rock soundtracks in his films, which are crucial to shaping the identify of his movies. What I don’t think we’re likely to see again as a major cultural force are films where the scores are largely built around the music of one band.”

Still, all it takes is one film to spark the explosion, and fans of the rock movie are always hoping we’re just a movie or two away from the genre’s resurrection. If you’re making a rock movie, just remember: Go big and you might just have a shot.

Can the Rock 'n' Roll Movie Be Saved?