“I want to go home … I’m not trying to get arrested,” says Meech after we are told to move off the steps of a police station by an officer. This might sound strange coming from one of the most jarring members of the cacophonous group Flatbush Zombies. The Brooklyn outfit have been known for their psychedelic leanings: drops of acid and rolled-up joints come easy. At times, their left-field, purple-hazed narratives overshadow the introspective and serious raps riddled throughout their catalog. “It may not seem like it, and people may not know about it, but we grew up in the ghetto,” says Meech. “We’ve been harassed by police, we’ve been beat up by police, we’ve been in shootouts, we’ve got held at gunpoint.”

In the New York renaissance circa 2012, the Flatbush Zombies were a part of the Beast Coast Movement accompanied by friends The Underachievers and collective Pro Era. “Growing up in Brooklyn, we were a part of that generation of being able to go outside, play in the sprinklers, playing music on Saturdays, selling CDs, and the smell of chicken in the house, but it’s slowly dying due to gentrification,” says Meech about his hometown and the Beast Coast Movement. “But it’s good because we’re young enough where people who are 15 and 16 can still listen to us and old enough to be understood by that 40-year-old still listening to RZA.” 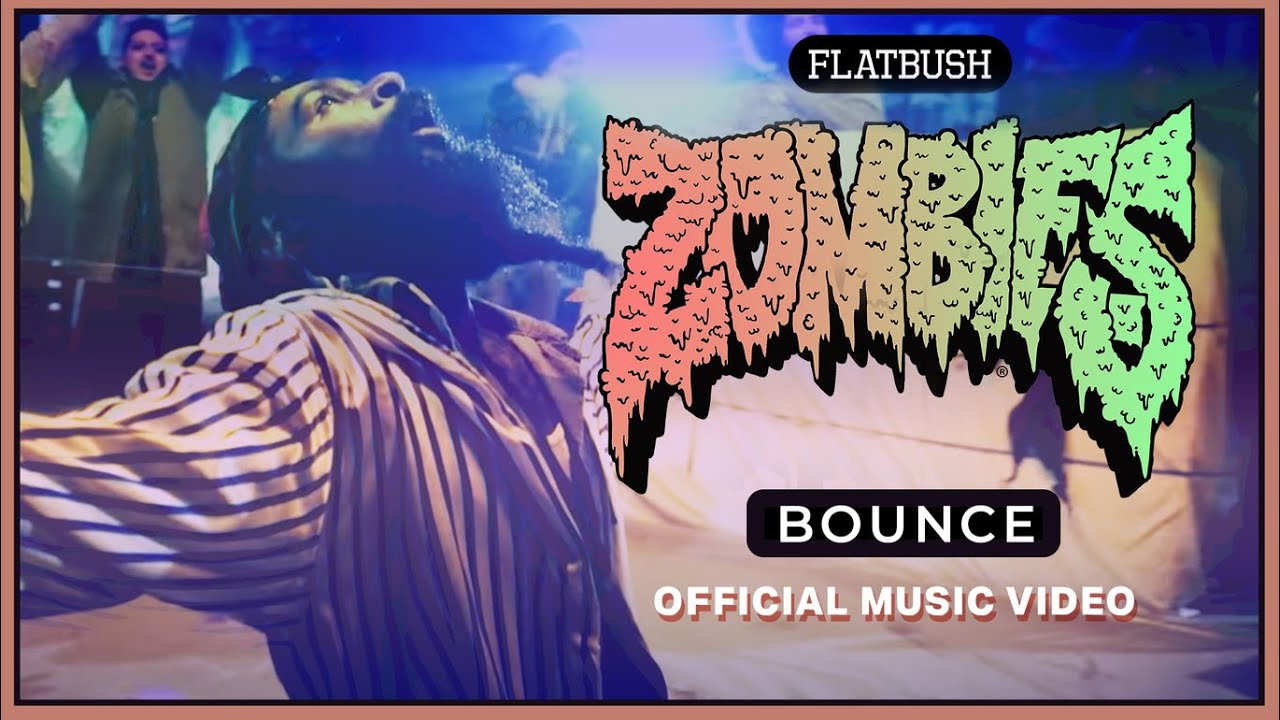 The reason people may forget about the trio’s history in Brooklyn is primarily due to their lyrics. “We just choose not to rap about it,” explains Meech. “We like to rap about expanding the mind and about peace and love.” These are guys who know their place in hip-hop — almost to a fault. Juice raps, “If I didn’t mention acid this track, shit could be a classic,” clearly aware of their own self-imposed obstacles. “A lot of people may think we’re drugged out 24/7,” says Juice. “And that’s just not entirely true.”

With LSD-happy and zombie-obsessed joints like “Thug Waffle” and “S.C.O.S.A.”, it may be hard to hear those moments when they’re reflecting upon the Black experience living in the Brooklyn hood. In “Blacktivist”, Juice laments on familial struggles, rapping: “And where we going when our pops and moms would left?/ I’m still smoking in the hood on the project steps,” while in “Amerikkkan Pie” Meech touches on Black Power, growling: “Hate my black flesh, bet you’re mad that I came up/ You cannot change, rearrange my chemical makeup.”

Needless to say, they still seem content lingering on the headier concepts of the mind and swinging on their existential axis. Mirroring Stanley Kubrick’s 2001: A Space Odyssey, their debut album, 3001: A Laced Odyssey, sees the Zombies delivering an off-kilter narrative where the trio channel the surrealistic voices of Wu Tang Clan and Gravediggaz accompanied by kaleidoscopic and blistering soundscapes. “That movie was ahead of its time, and it predicted things that would happen nearly half a century after,” says Meech. “It’s strange and there’s nothing like it.” Strange perfectly sums up the album as suicidal thoughts turn into kush-ready celebrations and apocalyptic gunplay in the ghetto turns into acid ruminations. 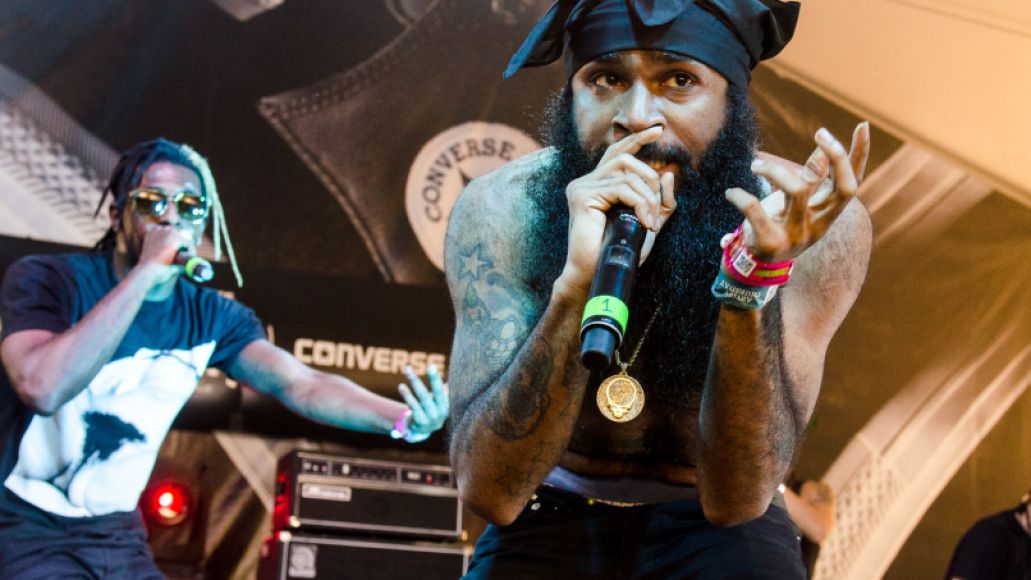 Their hardened image in “Bliss” may make it seem like the trio are apathetic to the pigeonholing of their psychotropic imaginations, but that’s not the case. “Just because you’re not about that lifestyle doesn’t mean you can’t relate to it,” says Meech. “I may like Snoop Dog, but I’m not a Long Beach Crip. It’s stupid to say that you can’t relate to it; try and live through us.” While more fans now fully understand the wit and humor of Flatbush Zombies, it took time to warm up to the shocking group. “In the beginning, a lot of people slandered us,” says Erick the Architect. “People would say, ‘How the fuck do black-ass people get acid in the hood?’” Meech interjects: “I hate to say it, but if we were a white boy band rapping about psychedelics, we’d be millionaires by now.”

And perhaps he’s right. Flatbush Zombies adapt a slightly skewed and more in-your-face form of afrofuturism that encourages its listeners to expand the mind with its third-eye-centric adaptations and psychedelic musings. They follow in a long African American tradition that has been explored by the likes of Afrika Bambaataa, Outkast, and Flying Lotus. “Psychedelic music is a part of black culture,” says Meech. “At first, a lot of people didn’t understand the message that Jimi Hendrix put forth, just like us, but now they’re thinking about mind expansion and how life is bigger than just materialistic things.”