Batman’s lived so many lives. Whether it’s on page or onscreen, Bruce Wayne and his alter ego have occupied nearly every corner of the genre-sphere. From the garish comedy of Adam West’s kaleidoscopic crusader to the gravelly tones of Christian Bale’s dark knight, this is a franchise that’s proven its longevity and ability to evolve with the times.

Batman’s modern reinvention came courtesy of Tim Burton, who in 1989 set the caped crusader against the gothic architecture and ominous strains of his aesthetic. It was an inspired pairing and one that’s seen its fair share of ups and downs as more cooks piled into the kitchen. To celebrate Batman’s forthcoming spar with Superman, we’ve decided to rank the franchise’s live-action, theatrically released films (Mr. West notwithstanding), beginning with Burton’s reintroduction and ending with the conclusion of Nolan’s invigorated trilogy.

Don’t like our picks? Too bad. Writing this has left us COLD to your pleas of mercy. 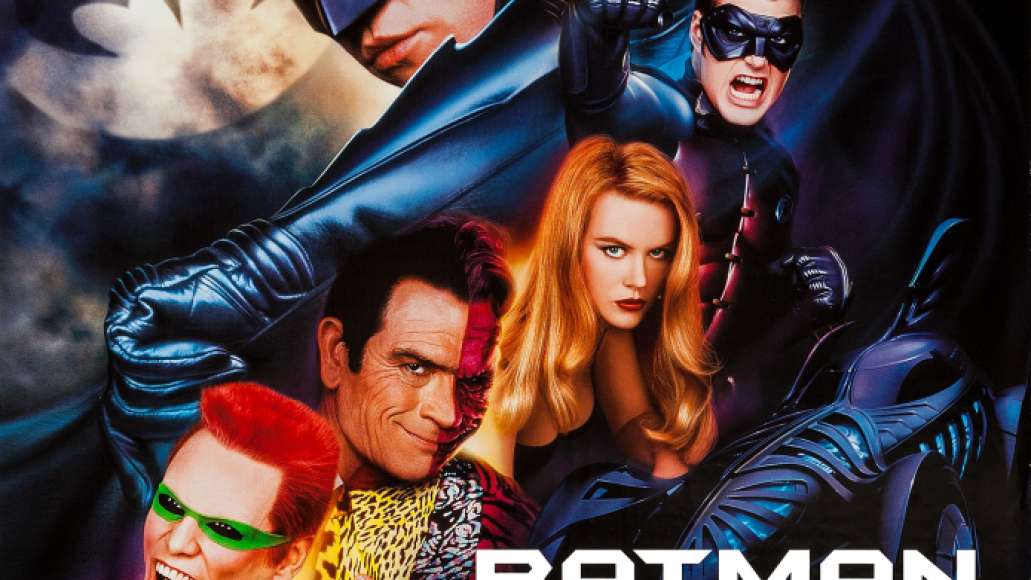 Yeah, Batman & Robin is soulless, but look at it this way: It also has Arnold and all those delicious puns. Batman & Robin has something to grasp onto, an absurdity and transparency that never once masks its disdain for the audience. As such, the film’s failure is met with a consistency that catapults it into the kind of bad movie that can be celebrated rather than reviled. The same cannot be said for Batman Forever.

Batman Forever is where those rubber nipples first surfaced, lest we forget, and it’s only Batman & Robin’s reputation that’s caused us to lump Clooney in with that film’s failure. Clooney is charisma made manifest, the ideal amalgamation of talent, looks, and likability. Val Kilmer, on the other hand? He’s a Lord Fauntleroy in stockbroker’s clothes, glassy-eyed and speaking as if he’s afraid his tongue will fall out at any moment. It literally pains him to talk. His face seems to mutate from human to mannequin during the course of a single conversation. Onscreen, he turns into the toys that this movie was made to sell.

In this respect, Kilmer occupies one side of a coin that, on its opposing side, holds Tommy Lee Jones and Jim Carrey, whose respective turns as Two-Face and The Riddler are all prattles and shrieks, a maelstrom of punishing whimsy that spews nothing but cackles and catchphrases. Not that it matters, as half the film’s dialogue was written with the film’s myriad commercial endorsements in mind. “Can I persuade you to take a sandwich with you, sir?” Alfred asks as Batman climbs into the Batmobile. Batman’s reply? “I’ll get drive-thru.” I remember that commercial. It’s 30 seconds long and not 122 minutes, so it’s better than Batman Forever already.

I could go on: The story is nonsensical, the logic is cheesecloth, Two-Face and Riddler are a toxic pairing, Carrey is unhinged, and it’s booooooooooring.

It’s a wonder that Batman & Robin’s shittiness was a surprise to anyone, as it could never have existed without this film. Truthfully, Forever should instill sympathy for it. Sins of the father and all that. –Randall Colburn

Ranking: Every Batman Film from Worst to Best