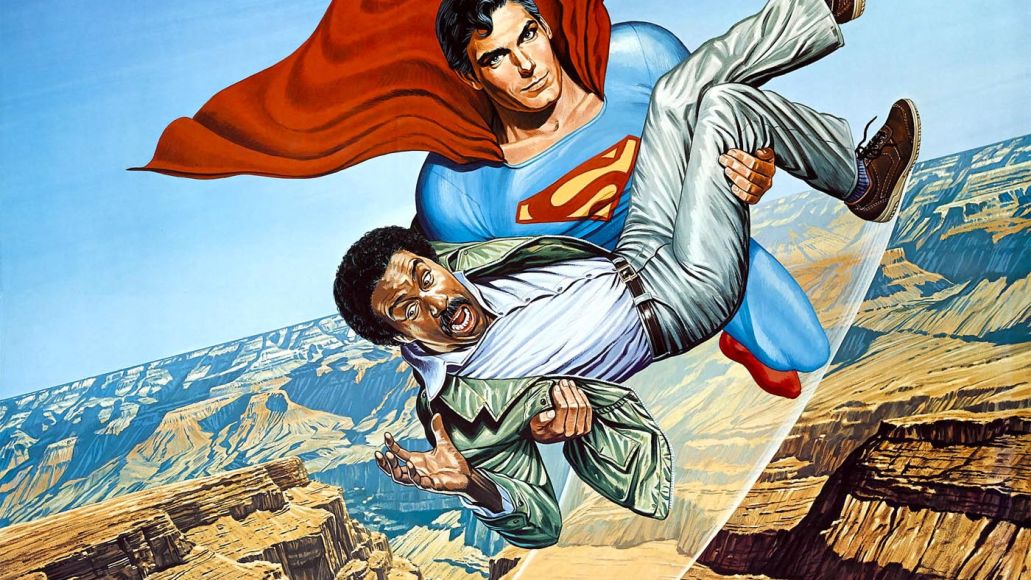 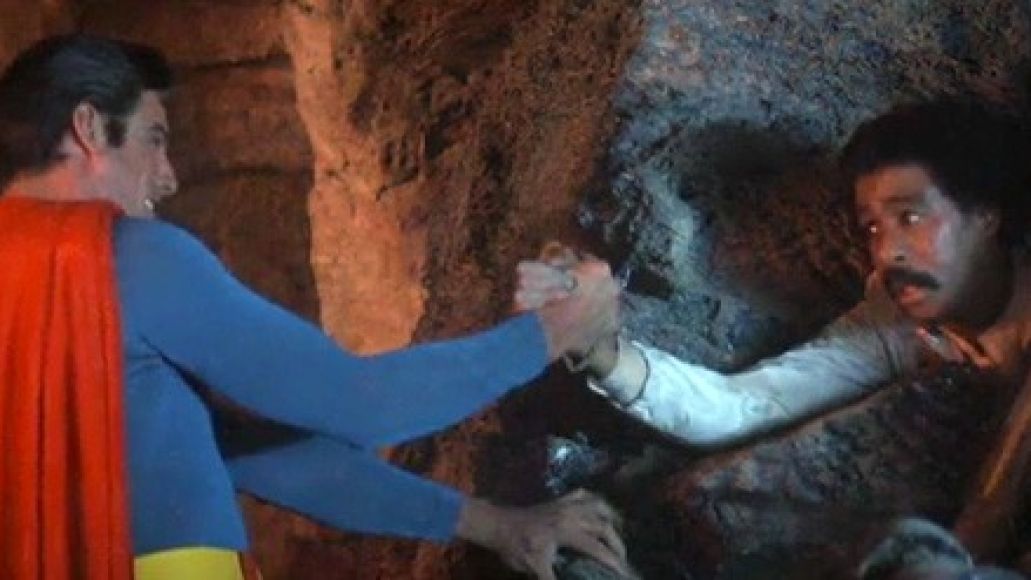 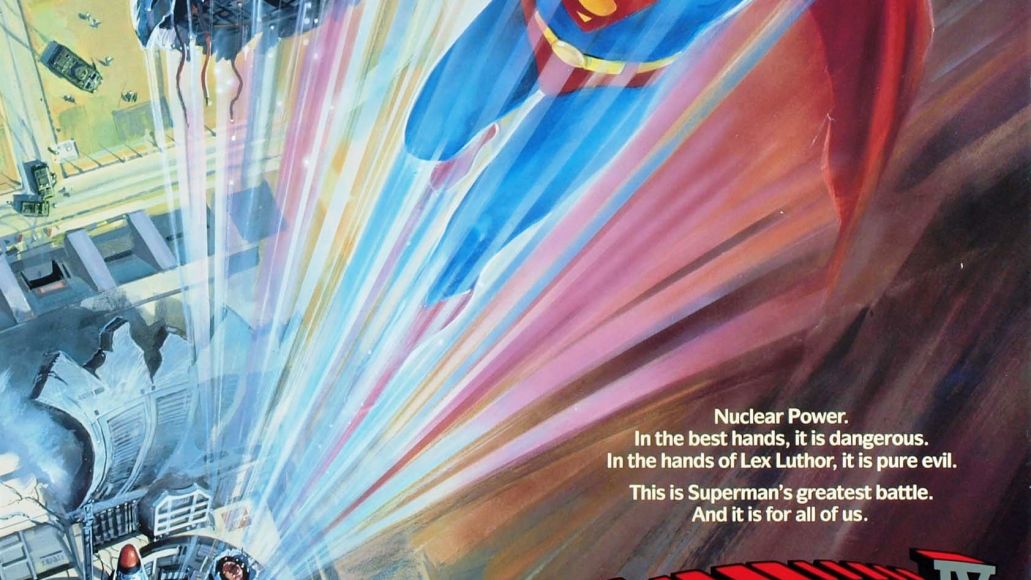 There is something embarrassingly, infuriatingly appealing about Superman IV: The Quest for Peace. Messes don’t get much hotter than Sidney J. Furie’s bargain-basement chapter and franchise-killer. Yet, this Superman stuck out like a sore thumb, to the point where it’s no wonder folks have revisited it time and again for laughs. In the good, knowing kind of way! Come on, Superman was fighting Ducky from Pretty in Pink and an Ivan Drago-looking villain named Nuclear Man. If that’s the not the most 1987-sounding thing in the world, what is?

After dwindling returns in the Salkind family’s Super-movies (Superman III and Supergirl were commercial and critical duds), Aleksander and Ilya Salkind sold their franchise rights to, wait for it … Cannon Films. Cannon was a filmic shithouse in the ‘80s, the ultimate in low taste and lower-budget movies. (It’s a small wonder that the studio didn’t remake Superman with Michael Dudikoff or Chuck Norris or someone like that.) To get Reeve back, Cannon gave him a story credit, and Supes got to play pacifist. This is the Superman where not only does our hero put literally every nuclear weapon on Earth into a big fishing net and chuck it into the sun, but he also fights a blonde baddie with radioactive powers and a black rubber S&M suit. The dopey story aside, Superman’s biggest enemy was a lack of capital. Cannon, ever the penny pinchers, initially set the production up as a $34 million adventure, then at some point Quest for Peace became a quest for more money. The budget was cut in half, and Furie and his crew were left to think of every last thing they could to get the production done with tightened belts. Superman IV’s threads are on screen for all to witness. Badly shot miniatures. Piss-poor plating on the effects. And the infamous reused effect shots of Superman flying.

Yet, Quest for Peace flies in the face of any redeemable quality in such a way that it actually is redeemed. The chintz, the laziness, the franchise fatigue, all of it plays to the movie’s appeal today. Perhaps it’s the fact the movie at least has a pulse and is woefully aware of how crappy it is. Arguably, Superman IV almost works better as para-text than as an actual comic book adaptation. The movie’s a fascinating fuck-up.

The production values and dubious decisions continue to fascinate, and, actually, have you even seen the deleted scenes? These are a great summary of how bizarre Superman IV is. So, it’s not in the movie, but there’s this great … no, terrible … no, it’s a great scene where Superman barges out of a nightclub to fight a first-draft version of Nuclear Man in front of a Burger King sign, and a YooHoo one too, and there’s this terrible cartoon/pinball machine music, and it just has to be seen to be believed. No wonder we keep coming back to this Superman.