Sadly, The Strokes didn’t debut any new material at South by Southwest. Instead, the New York City outfit used their Friday night headlining set at Samsung’s Galaxy Fest to simply pummel the drunken crowd of rambunctious techies with an hour of early oughts nostalgia. Hell, they tossed out so many crowd favorites that diehards might have asked, “Is this hit?”

Frontman Julian Casablancas was as wry and distant as ever, oscillating back and forth across the neon-drenched stage as a looming shadow. Between songs, he humorously scat a few lines from the Red Hot Chili Peppers’ single “Can’t Stop”, later feeding into the crowd’s post-encore rage (“One! More! Song!”) by insisting they’d play three, instead. 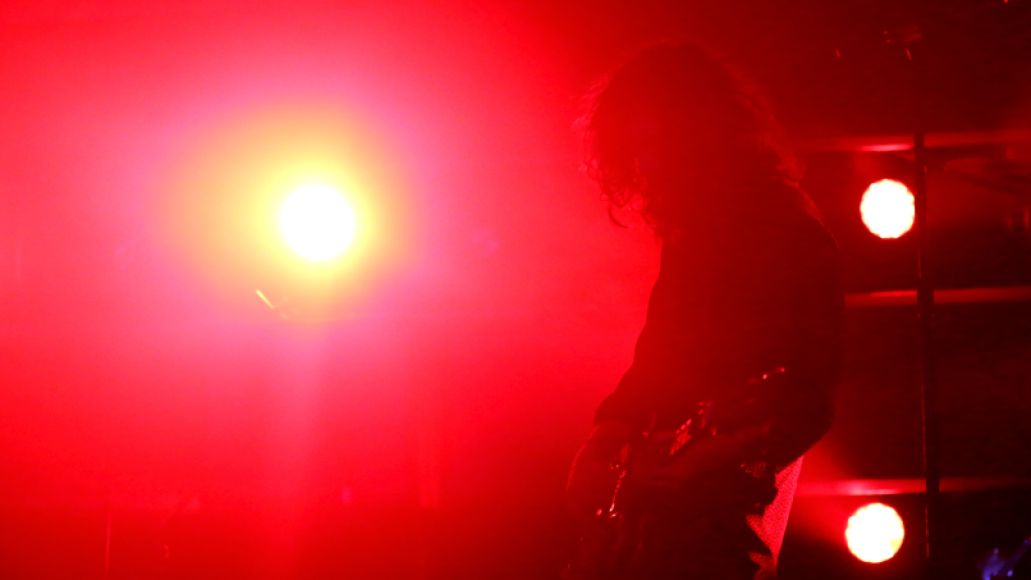 Let’s not forget that The Strokes just closed out this past year’s ACL, and that setlist featured all of Friday night’s offerings. So seeing them return to the Texas capital was curious, but the crowd nevertheless ate it up. Who wouldn’t? It was an intimate club show with floors that lit up under the audience, seemingly recalling their iconic MTV 2$ Bill gig from 2002.

No, it was one hell of a rock ‘n’ roll soiree. (Dan Auerbach’s The Arcs served as the night’s openers, only this idiot writer was stuck waiting in line for the fire marshall to free up some space.) There was an element of cool to the whole event, one that was surely embellished by The Strokes and their knack for making every moment feel cinematic.

Setlist:
Someday
Heart in a Cage
Barely Legal
Machu Picchu
Killing Lies
Hard to Explain
Last Nite
Reptilia
New York City Cops
Automatic Stop
Take It or Leave It
Encore:
Is This It
What Ever Happened?
The Modern Age