The next studio Andrew Bird steps into might be the rain forest. It would be nothing new for the singer-songwriter and experimental violinist, who in the years leading up to his latest release, Are You Serious, has retreated to nature to write and record. His music has become increasingly scenic, and this album is a further invitation into the cinema of his music. On a quiet morning in California, Bird joins me on the phone for a sleepy conversation about the growing presence of nature and scenery in his music.

The natural world largely inspires the visual elements of Andrew Bird’s creations, appearing in everything from the literary concepts of his lyrics to the earthy aesthetic of his album art. The influence of the outside world can be traced in his songwriting process as early as Weather Systems, his fifth studio album. “I was writing music out in the country in Western Illinois, in this valley near the Mississippi river, and had just gotten out of an urban area where you can’t really see weather patterns,” Bird recalls. “When you see a storm rolling through and it’ll be here in about five to ten minutes, then here it is, and then it passes and moves on, that affects your temporal sense of things. It kind of recalibrates your brain and how you think about how music unfolds.”

In the past few years, Bird explored this relationship between the environment and his own music even more deeply. The Echolocations album and film (2015) had Bird wandering through a vast canyon, an aqueduct in Lisbon, and the headlands of San Francisco, composing as he traveled. “I’m doing a sonic map of an outdoor environment that has an acoustic property to it, so mostly I was recording in reflective environments,” Bird says. “I find that echo has a huge effect on what I decide to play in improvisation.” The method was reminiscent of earlier rural recordings, but allowed natural setting to take on an even greater role in his music. 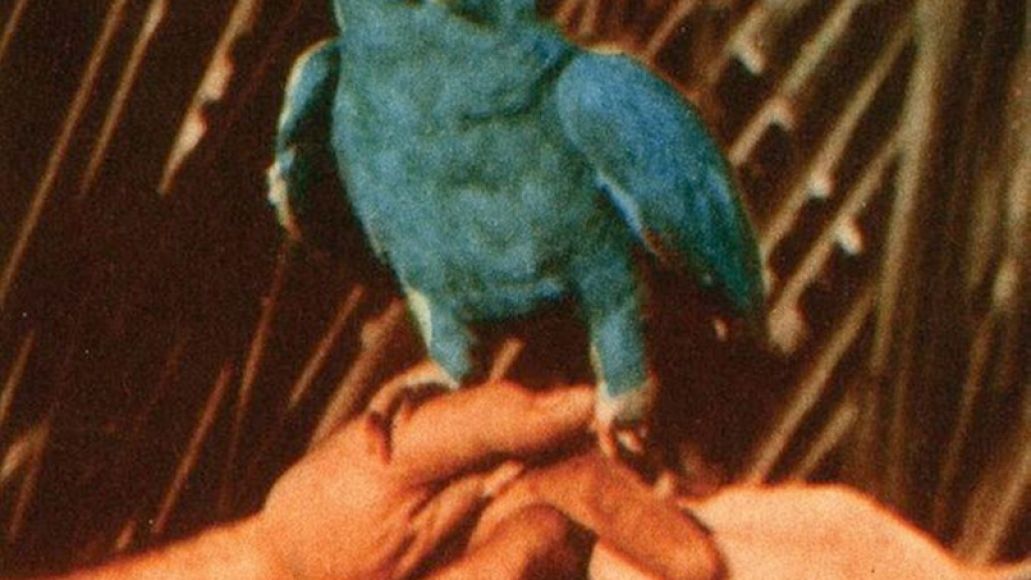 These songs were written on location, and the spontaneity shapes the music. However, as taking himself completely out of the picture is difficult, the recordings are at least somewhat driven by his own experiences. “It’s impossible to be in a total vacuum and not carry into that space something you’ve been thinking about. It’s very hard to come in a blank slate. A lot of themes from the record that’s about to come out pop up in Echolocations just because that was what I was obsessing over.” Even after returning from the wilderness, Bird took away several ideas that are now part of his new album’s framework.

Most of the songs on Are You Serious were based on Bird’s experiences in New York and Los Angeles, but weren’t recorded until he left the city. The intensity of urban life provided plenty of inspiration, but the distractions made it difficult to actually write them out. It wasn’t until he returned to the comfort of his barn studio in Illinois that the backlog of songs poured out of him. For Bird, this was the first time writing came so easily, which was perhaps a positive side-effect of the city’s repressive environment.

Bird has long wondered about the differences between producing music in the city and the outdoors, but is still unsure which yields better songwriting. “I’ve got two different theories. Sometimes I feel like the ideas are popping up no matter where I am at any time, but I’ve had theories that the writing I do in an urban environment is more dense and neurotic, and the writing I do in a more bucolic environment or somewhere with more space is a little more open or impressionistic.”

For this record, Bird found many songs at an intersection between the natural world and these personal experiences. Though the album was formed mainly out of scraps of melody, small ideas that Bird whistles to me as he recalls them, many of the lyrics could be considered the product of landscapes. The symbolism behind a song like “Roma Fade” came to Bird during a long drive down the I-5 from San Francisco to LA. 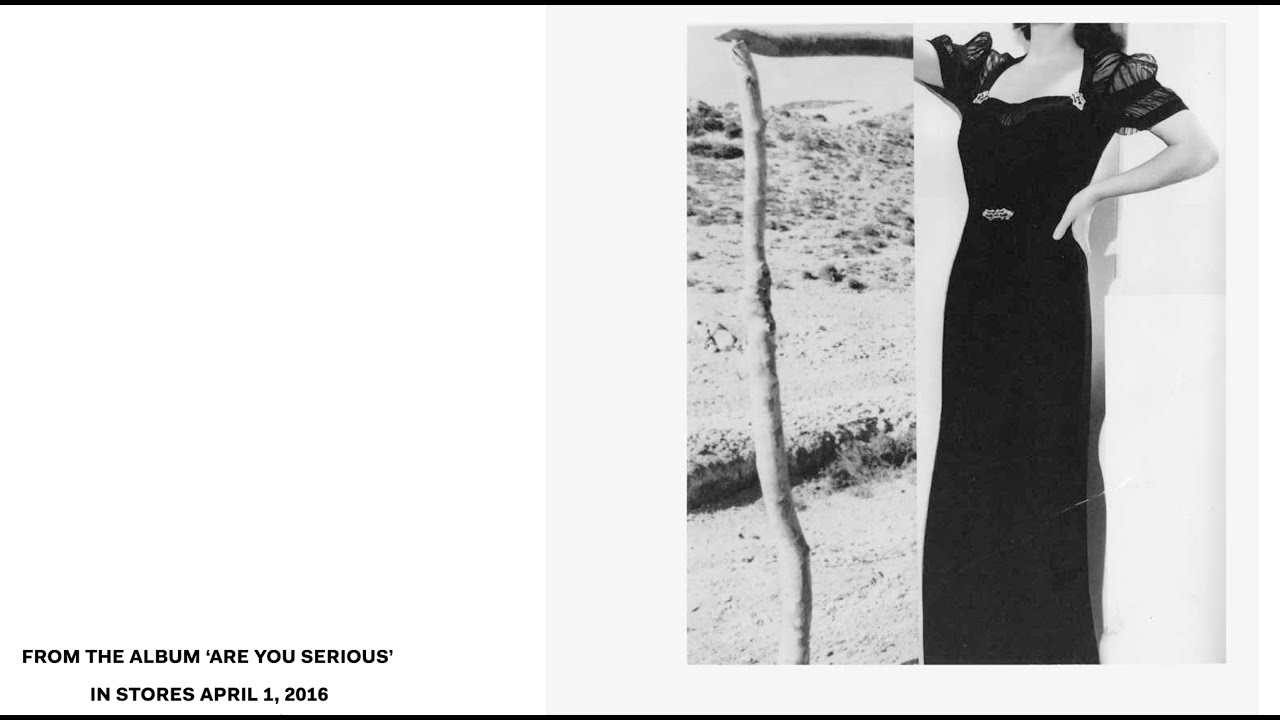 “The weather system thing tipped it off,” Bird explains. “There were clouds raining in the distance and light passing through in that sort of heavenly way, like a spotlight coming down on a grassy ridge, and I thought, ‘Light rains.’ Kind of like a weather report: ‘Light rains this Tuesday.’ But then I was thinking light reigns as in rules.”

The lyrics of the song would eventually become “See her light, how it reigns/ So hard on your high plains/ So you take such pains/ That she won’t notice you.” Through subtle imagery, the song explores the delicate boundary between love and obsession. It sets the stage with one person gazing longingly at the other, a scenario that evolved out of the sunlit spotlight that spurred the lyrics in the first place.

“Early on, it started with the natural world, but it quickly got personal,” Bird says. “And then it was about the field of energy and light and perception between two people across a room.”

With its odd structure and erratic instrumentation, “Left Handed Kisses” is another place where the improvisational influence of Echolocations carries over into the album. The song is bizarrely set, depicting a charged conversation between two disagreeable lovers. “There’s no obvious chorus. It’s more like a short play about a very complex relationship between two people,” Bird says. “It had to be kind of a spoken song to have a real heaviness to it and not be too angelic and pretty.” 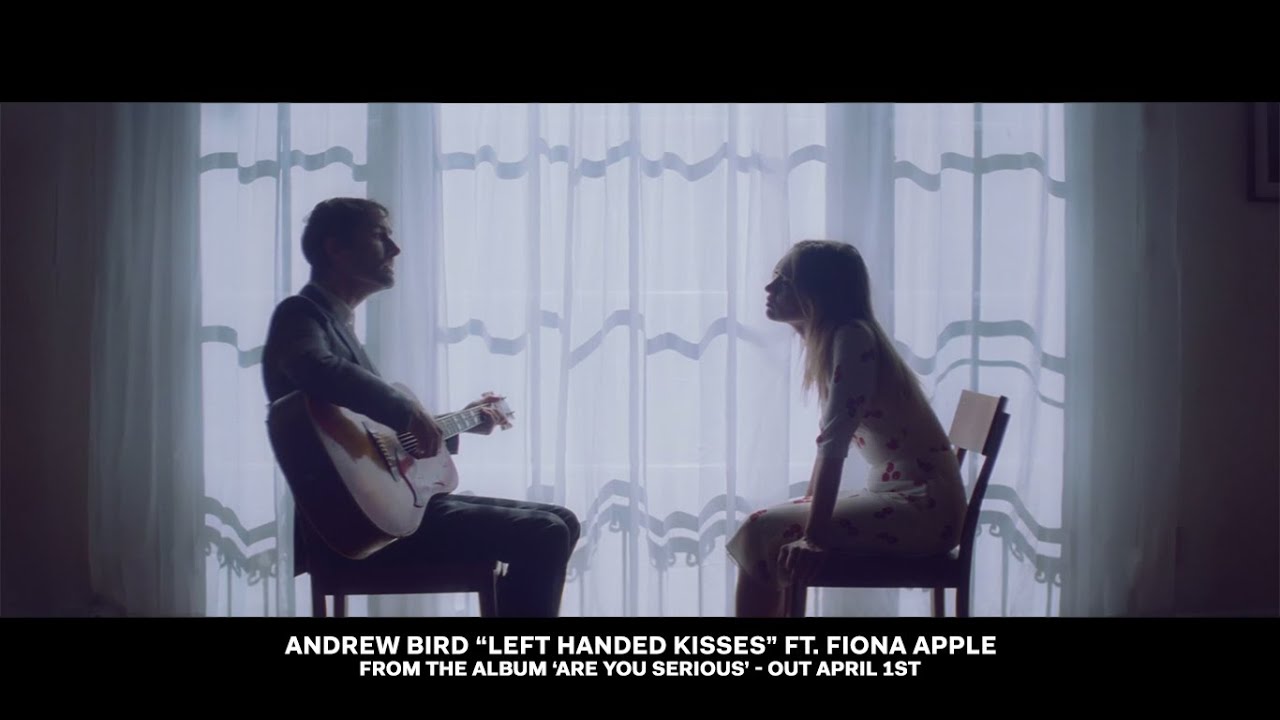 If “Left Handed Kisses” is a play, Fiona Apple, as the second voice of the duet, is perfectly cast. She brings a sound that manages to be both wounded and furious, the perfect romantic counterpart to Bird’s skeptic. “She’s saying if you really loved me, you’d quit trying so hard and just feel it,” Bird says. “It would just come out of you and would just be one hundred percent undeniable.” Apple adds just the right amount of grit, and having her voice articulate the tension of the exchange shows the greater vision for the rest of the album.

This kind of complexity is fundamental in Bird’s songwriting, which often turns a self-aware eye on itself. “Another voice crept in as a critic of my own attempts to write a sincere love song. As often happens, I decided to include that voice. If it’s compelling enough, I’ll know that it has to be a duet, but sometimes a song that has that voice in it is just my neurotic internal conversation that gets included.” This strategy creates intriguing contradictions in his music, and as it has in the past, Bird wanted the album art to compliment this duality.

It made sense for eccentric conceptual artist John Baldessari, who specializes in found photography, to outfit the artwork for the release. The provocative title initially made the cover image hard to pick. “Because it’s Are You Serious without a question mark, there’s no instructions on how to say it or what it could possibly mean to you. I went about doing half a dozen photo shoots and quickly realized that, unless you’re Cindy Sherman, trying to get just the right expression on your face to reflect the humor or the underlying darkness of the title is next to impossible.”

Instead, he handed complete artistic direction to Baldessari. The vintage, silly photographs pair well with the spirit of the singles. “They make you chuckle, and you don’t know why,” Bird says of Baldessari’s prints. “It reminds me of when I worked with Jay Ryan in the past. He has the same subtle sense of humor in his work where it’s not quite a laugh-out-loud thing. You just sort of get the wind knocked out of you a little bit.” 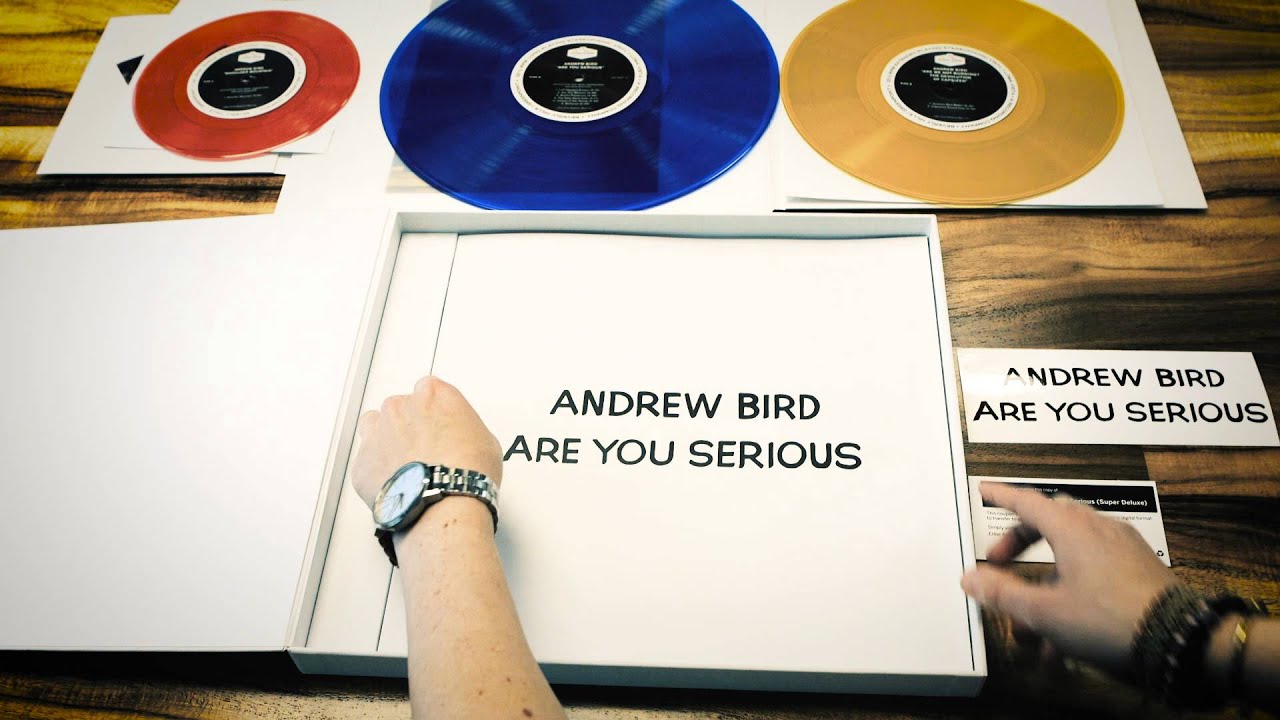 A love and appreciation for art is something Andrew Bird was raised with, as his mother was also a print maker and visual artist. Many of the friends Bird was surrounded by in Chicago at the beginning of his career also specialized in print artwork, and he finds the style to be especially complementary to his music. “Print artists work with text and with suggesting a narrative with minimal amounts of information, and that’s sort of perfect for completing the picture,” Bird says.

Much like the blue parrot on its cover, Are You Serious is a bright, layered work. Each listen might unearth different settings and spaces. It’s also good news for the future of Andrew Bird — if the composer is ever running out of creative terrain to cover, he can just find a new physical space to explore. In the wake of the album’s release, some of these plans are already in the works. “I’m curious about going to a very mossy, sort of Northwest environment,” Bird says. “One where you don’t hear much reflection, but you can hear a squirrel gnawing on a nut very far away — there’s something very different going on there.”

Taking the Scenic Route: A Conversation with Andrew Bird