Editor’s Note: Five years ago, on April 8th, 2016, alt-metal vets Deftones dropped their eighth album, Gore. Noted for the creative tensions between frontman Chino Moreno and guitarist Stephen Carpenter during recording, our own Jon Hadusek argues in his album review, which ran the day of release, that these tensions actually led to yet another Deftones classic. Are you as high on Gore as he was five years ago? Read on to revisit that review.

Deftones’ eighth studio album, Gore, is a stunning achievement. When so much rock music in 2016 feels dead, vapid, and recycled, here comes an album so vividly alive and inspired that it could turn even the most curmudgeon-y doomsayer into a worshipper of the guitar once again. Honestly, it shouldn’t come as a surprise. Every few years, Deftones drop a remarkable record, methodically building an empire of cred and acclaim that’s taken them a career to accumulate. Ten, 20 years ago, they were an anomaly of modern rock radio — the good band among the bad, caught in the tide of nu-metal and various flavors of the month. But because the band never strayed from its artistic values or impeded its own undeniable urge to create visceral, romantic heavy music (Deftones always sound like the Deftones and nobody else), they’ve outlived all the shit they came up with, that whole ’90s alt metal scene. I can confidently call them a legendary band, and more and more listeners become privy to that legacy with each album cycle: “Oh, this is good. Why didn’t I listen to Deftones before?”

Never has rock music needed them more. Gore arrives at a time of a pervasive aesthetics-over-substance trend in rock, where everything sounds so perfect, so calculated, so pleasant (the inevitable product of our digital recording age). On the surface, a shitty song can be masked in beautiful production and still be a beautiful song as long as it hits the desired mood, sonically. Deftones are the antidote to this, combining the already idiosyncratic songwriting efforts of Chino Moreno and Stephen Carpenter with that aforementioned digitized production. It comes down to basic artistic direction: Write killer songs that work on their own terms, then let the recording process accentuate those songs and color them aesthetically — not the other way around.

Produced by Matt Hyde, Gore is an amalgamation of the darker vibes of 2012’s Koi No Yokan and the tight, experimental arrangements of 2010’s Diamond Eyes. “Prayers/Triangles” is a surefire opener, drifting between spacey guitar lines, Moreno’s coos, and a brutal post-chorus breakdown that’s all riffs from Carpenter. The duality between Moreno and Carpenter is evident from there on out, a writing process that Moreno described as a “competitive.” Carpenter even told Ultimate Guitar that he didn’t want to play on the album initially because of the direction the sound was going in. Clearly influenced by his side projects Palms and Crosses, Moreno is content to steer the songs in more atmospheric directions, with Carpenter wrangling him back in with the riffs and overall power of his guitar playing. This results in a satisfying point-counterpoint in the song structures. “Doomed User” opens with a huge bass line and a groovy heavy metal riff before a glorious foray of chords open into a blissful chorus and Moreno’s spine-chilling hook (“Don’t deny it”), the finest on the album.

Overall, Carpenter does have less room to get wild over the tracks on Gore — the lead guitarist perhaps alienated by these new songs requiring less lead guitar — but his specific parts require nuance, and he doesn’t waste a note, delivering striking melodies and riffs when he does get the spotlight. “Hearts/Wires” is a textural masterpiece, guitars layered into a swell of audio orgasma, and it houses the album’s most memorable guitar-vocal interplay, as Moreno’s voice drifts into a falsetto as Carpenter’s feedback swell tails into the upper register.

Piecing together Moreno’s lyrical motifs is a far more abstract exercise, much like his words themselves. He’s a master of impressionistic symbolism — words that project a mood and vague idea rather than any literal meaning — though themes of substance abuse, neo-noir romance, geometry, and the pain of the human relationship (his go-to) all intertwine to give Gore a vibe consistent with most Deftones albums: that vague melancholy of constantly longing but not knowing what you’re longing for. Throughout the album, Moreno pleads in the second person to someone he cares about. “You spend your life attached to this poison/ You don’t feel anything out of the rain,” he sings on “Phantom Bride”. And on the riff-fest closer, “Rubicon”, he would even sacrifice himself for the pain of his subject: “Place your faith into me/ Your body aches.”

Gore could be the Deftones’ best album, but you can earnestly say that about any album they’ve ever created and make a strong argument. If anything, it’s the most modern, and a statement that style and substance are not mutually exclusive. Gore has both. It depicts a band in creative turmoil, the chief songwriting forces of Moreno and Carpenter clashing over direction, yet finding a compromise that remains true to their sound. Where they go from here is anybody’s guess, but in this moment, the Deftones are perhaps the most important rock band in the world and a calm reassurance for guitar bands everywhere as we head into an uncertain digital future. 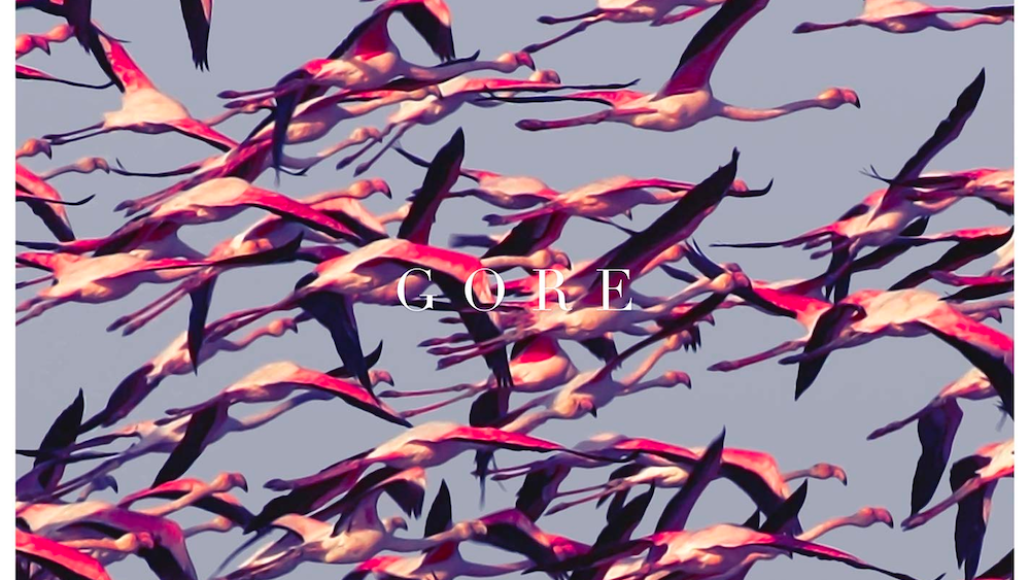