Haley Fohr, as Circuit Des Yeux, released one of the best albums of 2015 with the experimental folk record In Plain Speech. On June 10th, the mastermind songwriter will return with another release, this time under the moniker Jackie Lynn. The self-titled LP, due out through Thrill Jockey, sees her delving into more brooding, electronic atmospheres.

Case in point: “Alien Love”, an eerie number laced with urgent synth loops and Fohr’s furtive bellow. Stream it below. 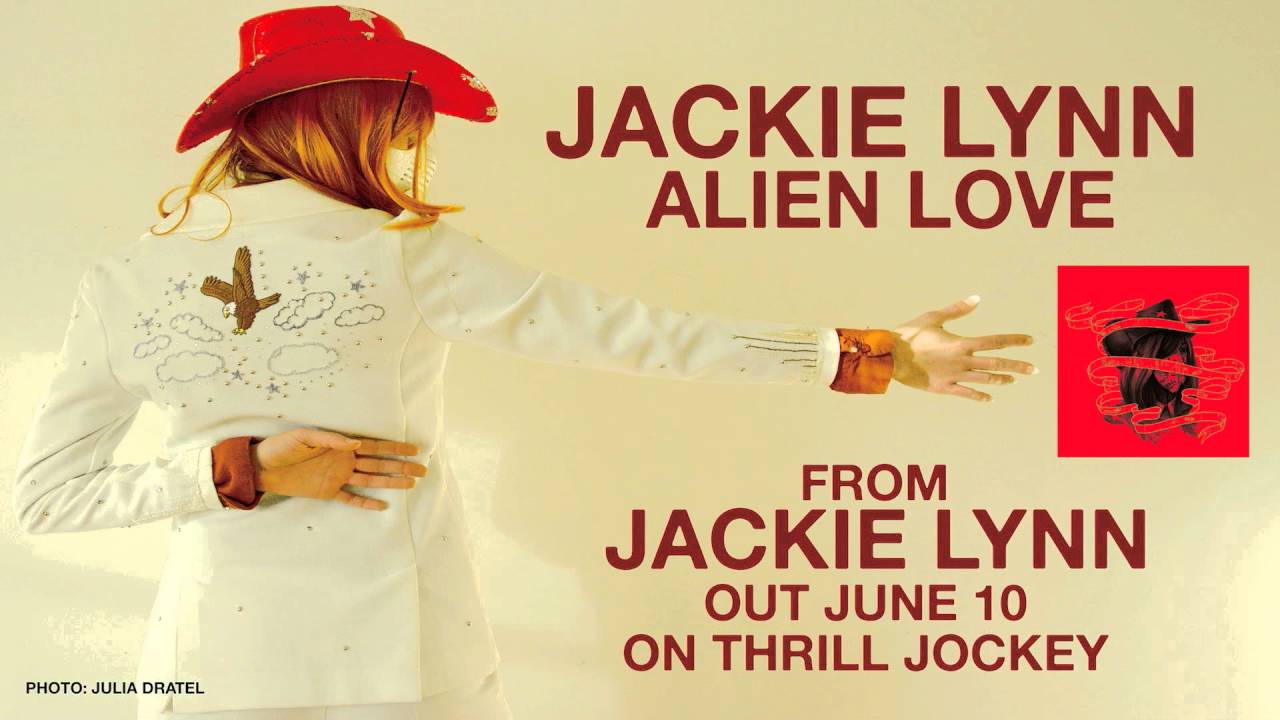 The mysterious aura surrounding Fohr goes well beyond the music. The bio for her Jackie Lynn alter ego could easily be the source material for a quirky action thriller:

“Jackie Lynn was born in Franklin, TN on June 1st, 1990: “I’ve always been the source of action. My mom didn’t even make it to the hospital before I decided to come into this world. She had to lie right down on the sidewalk in front of Rolling Hills Hospital as doctors hovered around to help. It was storming that morning, and right as I was coming into the world a bolt of lighting fell from the sky, striking my mother right in the belly. They say I shot out of her like a bullet from a gun, right into oncoming traffic.”

Jackie, now a 25-­year-­old Gemini residing somewhere unknown, has mysteriously disappeared after leaving a chronological musical artifact that the city of Chicago is now using to try to trace her whereabouts.

This is what we know: Born and raised in Franklin, TN, in May of 2010, Jackie took a Greyhound bus from Franklin, TN to Chicago, IL. Upon her arrival in the city of Chicago, Jackie found a cheap sublet on the south side. She soon became acquainted with Tom Strong (real name unknown) on a short CTA bus trip to the Chicago Loop. We believe that Tom & Jackie together ran a multi­million dollar business distributing the illegal substance of cocaine around Chicago & the Chicago tri­state area for over four years. Authorities believe that a local automobile shop was used as the main distributions headquarter.

Over the years, Tom & Jackie have become well known for their large and lavish parties thrown at an apartment located on Sacramento & 26th street. Police have been hot on their trail, but have found no probable cause to make an arrest. A domestic dispute was reported on February 18th of 2015. When police arrived, the apartment was found deserted. Traces of cocaine were found on a red and gold LP jacket with the following recording enclosed.”