If SAVAK sounds like a band that’s been around the block a couple dozen times, well, that’s not far from the truth. It wouldn’t be a stretch to call these guys a supergroup, given all the bands co-frontmen Michael Jaworski (The Cops, Virgin Islands) and Sohrab Habibion (Obits, Edsel) have played in over the years. Throw in fellow Obit Greg Simpson, James Canty of Nation of Ulysses, and a pair of drummers with their own insane pedigrees — Matt Schulz (Enon, Holy Fuck) and Benjamin Van Dyke (Silent Majority, Will Oldham) — and you’ve got a band with a rap sheet a mile long.

With all these dudes coming to eat at the same creative table, the results are bound to be fun. (Remember: two drummers). New single “Drop the Pieces” doesn’t disappoint, with its airtight, spaghetti Western-sounding guitar riffs and ‘70s punk swagger. It only gets weirder and better once you scope the lyric sheet. According to Habibion, “This song was written from the perspective of an archeologist imaging how a future archeologist might misinterpret his remains, just as he may have done, rendering the idea of accuracy in history completely absurd and instead just a useful tool for the highest bidder.”

“Drop the Pieces” will appear on SAVAK’s debut album, Best of Luck in Future Endeavors, which is out May 27th. Listen to the single below, and scroll down to check out the album artwork, tracklist, and upcoming tour dates. 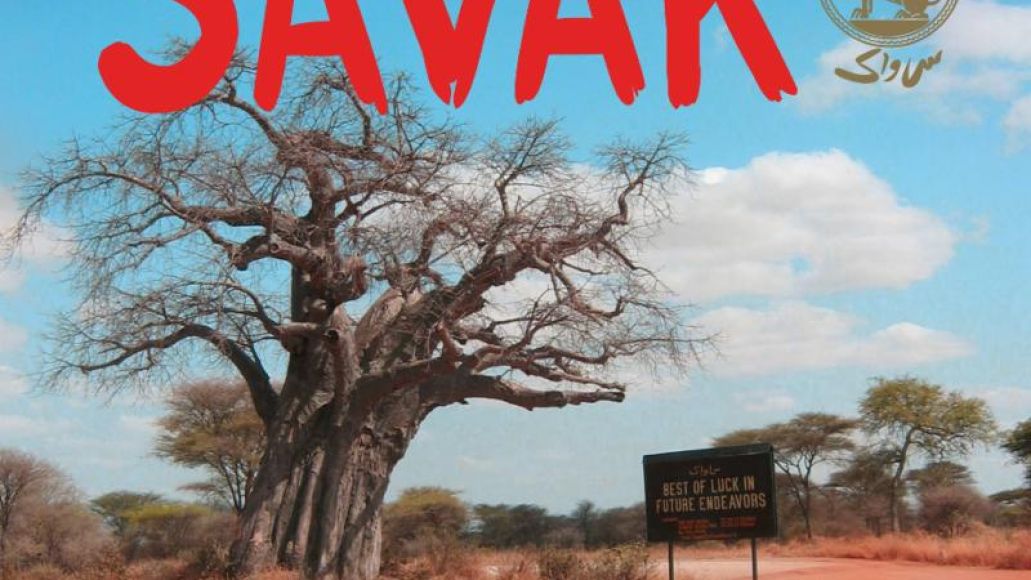