Where did you attend your first concert? Mine was at the Wiltern Theatre in Los Angeles. It was Counting Crows touring their second album, and for every detail that can be recalled of the actual performance is a bit of memory on how the space felt. The Wiltern was seated back then, and from the ornate chandelier to the first glimpse at a merch stand, the lasting impression was of how big everything felt, how a venue was a place you could get lost in, where the rules of reality didn’t necessarily apply.

Of course, part of that feeling is just youth, but the great venues do have a transportive quality. Details of the box office or the bathrooms or the bar all hold their own weight, building significance both in spite of and because of the experiences held in the rooms. And some of these rooms are better than others. Sure, the most unexceptional concert venues might be near and dear to our hearts because of the shows we saw there or the people we met, but the really great venues go beyond that. There is history between their walls, features that are unlike any other concert space, and state-of-the-art lighting and sound that allow for artists to realize their vision of live presentation.

We took all of this into account when selecting the best 100 venues in the US. Both major and smaller markets are represented, while the sizes range from arenas to bars. There are venues whose history extends back 100 years, and there are others built in this century. But they all hold a certain common ground. A big one is the booking, with most still lining their schedule with the best talent. A few that don’t make their money on national touring acts are known for booking top-tier local acts. All of these venues, though, are known for quality shows regardless of who is actually up on stage.

We’ve already asked our readers to weigh in on their favorite American concert venues. And a number of artists have made their own selection. Now, it’s our turn. 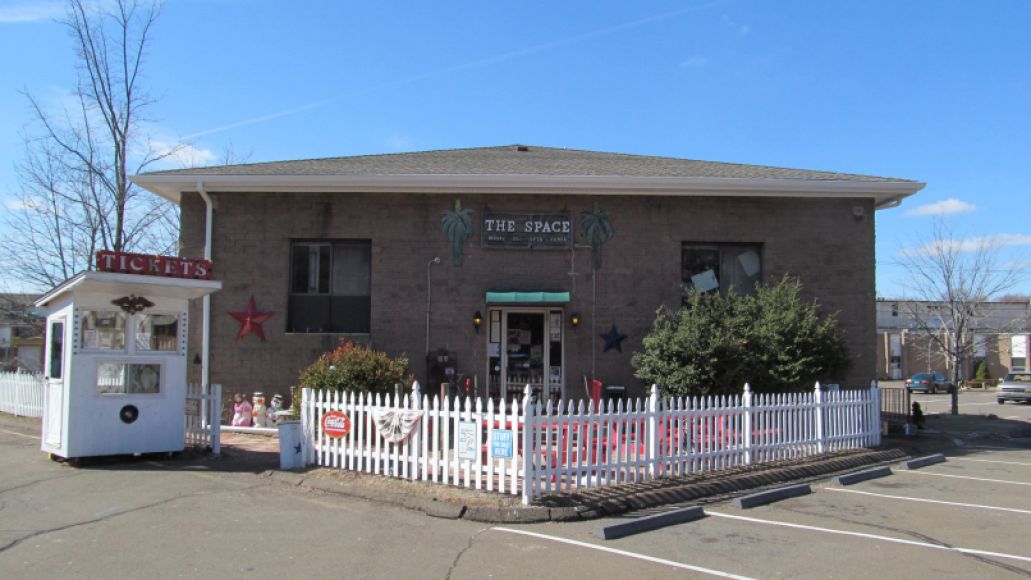 Despite being sandwiched between two major cities, Connecticut is pretty barren when it comes to culture. Drive out to what feels like the middle of nowhere in Hamden, though, and you’ll find one of the state’s hidden gems: The Space. The all-ages venue sits in a huge, desolate parking lot, but once you step inside, it comes to life. Lights string the ceiling like silly string, a snack bar sits at the side with baked goods, and a flooded thrift store and arcade room hide upstairs.

It’s all types of cool without trying to win cool points, allowing The Space to boast the feel of a DIY Brooklyn space without all the pretension. Thanks to its tiny 150-person capacity and Connecticut’s limited venue options, concertgoers get an intimate show from bands that play far larger venues elsewhere on their tour. Then you step back outside and remember you’re in the middle of nowhere — which, ultimately, makes the venue feel all the more like an Alice in Wonderland trip. 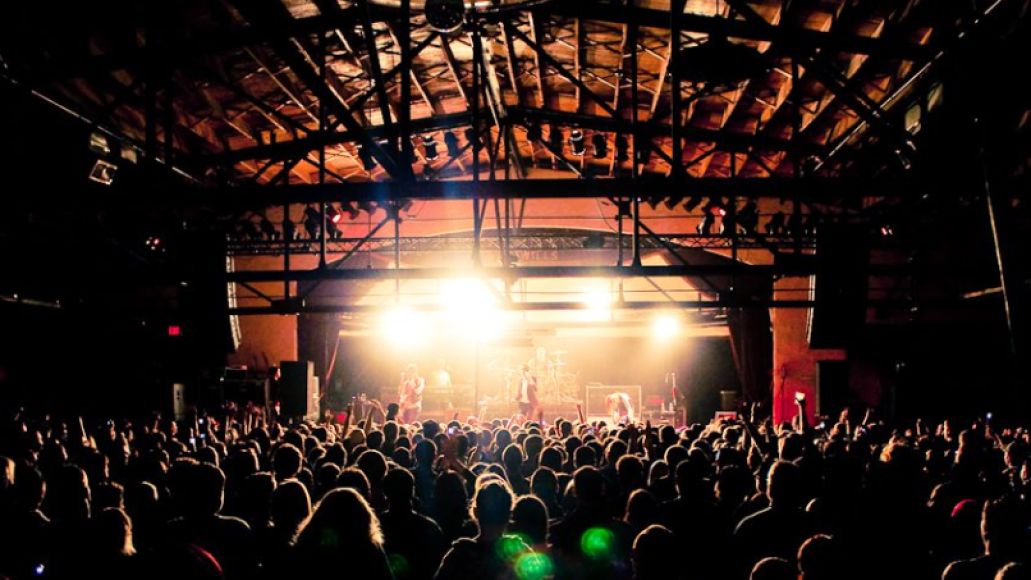 Added to the National Register of Historic Places in September 2003, Cain’s Ballroom has a long history of serving various purposes, not hitting its stride as a contemporary music venue until relatively recently. It was initially constructed in 1924 as a garage for Tulsa co-founder W. Tate Brady’s vehicles. Six years later (or five years after Brady’s suicide by gunshot), Madison W. “Daddy” Cain converted the place into a dance establishment, giving it the name Cain’s Dance Academy.

From then on, it’s grown more and more synonymous with musical happenings in Tulsa, playing host to the Texas Playboys’ radio broadcast on KVVO and, after being sold to Larry Schaeffer in the 1970s, even the Sex Pistols in 1978. These days, a wide array of artists swing through for shows at 423 N. Main St. in Tulsa, including a considerable variety of hip-hop acts — A$AP Ferg, Tory Lanez, and Bones Thugs-n-Harmony are all scheduled for upcoming shows.

98. The Colosseum at Caesar’s Palace 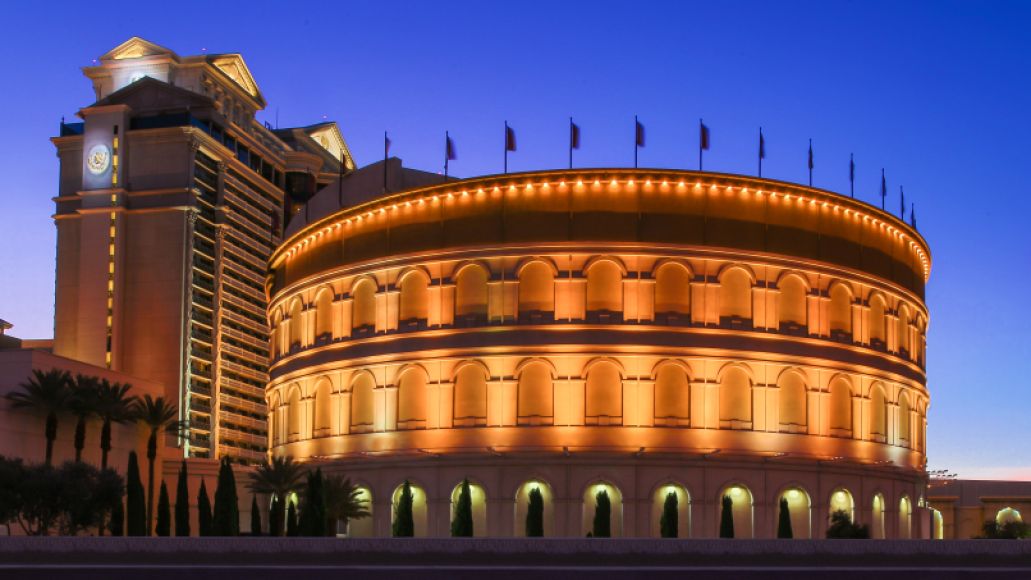 Yes, the Colosseum at Caesar’s Palace looks like pure Vegas kitsch, a concert venue built to resemble the Colosseum of Rome. And yes, the residency program (inaugurated by Celine Dion) sometimes feels like an elephant graveyard for past-their-prime musical acts. But dig deeper, and this venue inspired by an ancient wonder soon reveals itself to be a modern marvel. The stage includes 10 motorized lifts as well as North America’s largest LED screen, which stands 40 feet tall and projects elaborate, seemingly three-dimensional backgrounds.

Despite a capacity of 4,100, no seat is more than 120 feet from the proscenium. That intimacy, combined with astounding acoustics and a stage spanning 22,400 square feet, means that everyone has a front-row seat for the always dazzling spectacles. All of these perks, combined with an extended stay in an exciting city, make these residencies very attractive to aging performers. If Rod Stewart or Reba McEntire aren’t your speed, that’s fine, but you’ll be glad it exists in 2031 when Jay Z starts his residency. 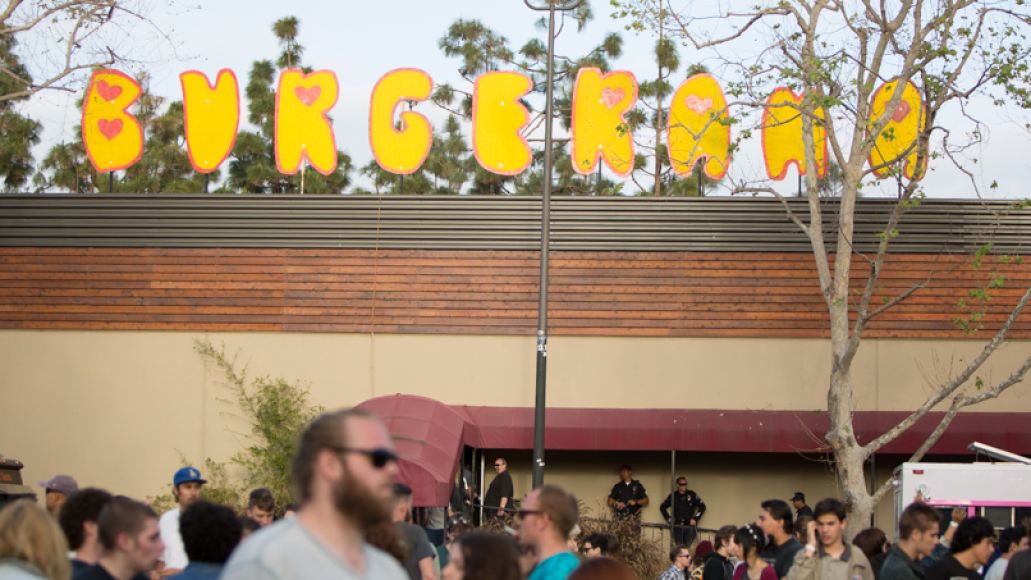 Using the shell of the Galaxy Concert Theatre, which hosted B-level gets like Sugar Ray and Medeski Martin and Wood for its run from 1994-2008, The Observatory emerged from a massive restoration that turned a 550-cap concert theatre into a two-room concert juggernaut. The main stage hosts acts ranging from hip-hop elite to Orange County legends in a 1,000-person space, while its smaller 350-cap Constellation Room is the only place in the OC to catch an act like Mitski or Into It. Over It.

One of the best aspects of the venue is how well it’s booked, landing better rap acts than any venue in neighboring Los Angeles, while often featuring bands offering warm-up shows before their much bigger LA or festival stops. It’s even become the sight of an occasional festival, with Burgerama and Beach Goth both utilizing the dual indoor stages and the outside parking lot. 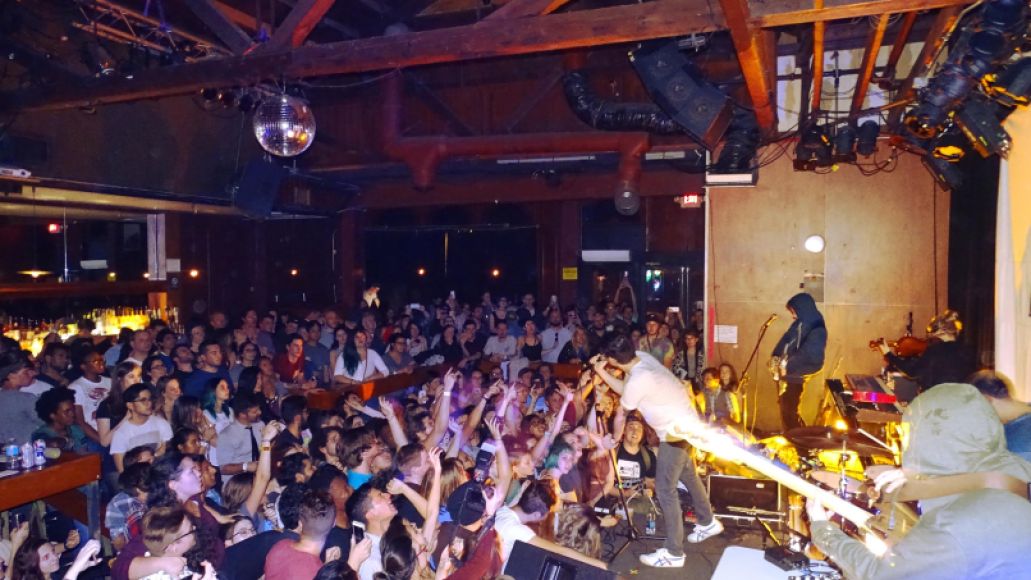 Established: 2002
What You’ll See: Synths, sun tans, and a sanctuary from mouse ears

Orlando’s countless amusement parks, performance spaces, hotels, and mini-golf courses make the sprawling central Florida city into an east coast Las Vegas, albeit one that was hit especially hard by the mid-2000’s subprime mortgage crisis. But a few Downtown O-town local hot spots weathered this economic hurricane and thank goodness for that.

The Social is still standing! And shaking, and grooving, as it continues an energetic tradition as the city’s best place to catch rock, electronic, and weekly acid jazz sets. The midsize venue is mostly built around concerts, but has sustained itself over time by becoming an incredible dance space that keeps the club kids, the rockers, and the Salsa fanatics equally entertained. 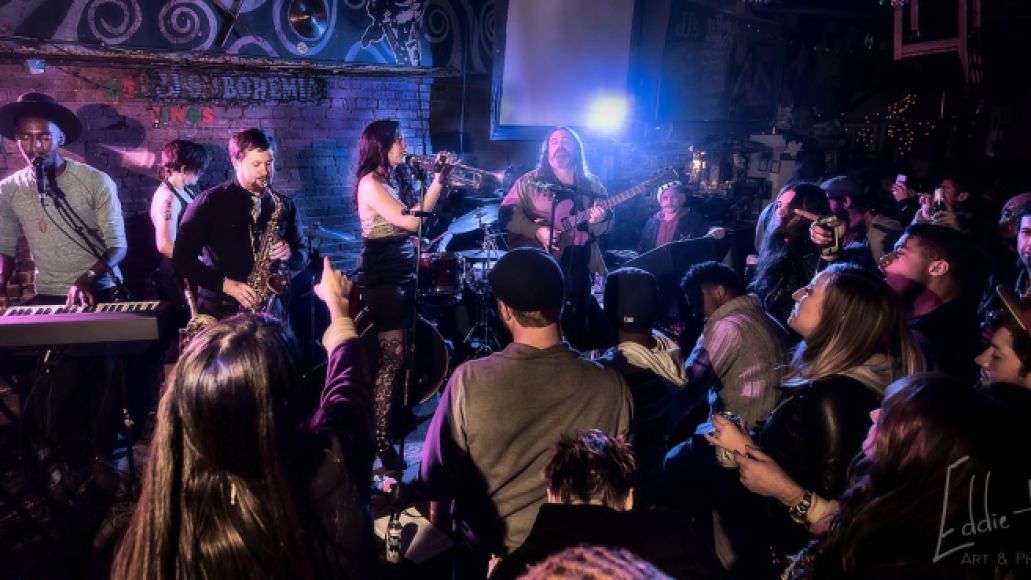 Established: 2007
What You’ll See: That 1 Guy, Thelma and the Sleaze, Future Islands

JJ’s Bohemia is many things, but none of them are chic. A tiny space with a big patio attached (or a big patio with a tiny space, depending on your view), it feels as if every inch of the joint is covered with a sticker, a knick-knack, a string of holiday lights, or the front of a VW van. The vibe is undeniably chaotic, which meshes perfectly with the experience of gathering there for a show — when the stage is inches from your nose and no more than a few feet above you, it’s hard to not feel like a part of rock and roll in the making. Add in the free weekly comedy open mic, bartenders with devoted followers, and a handy disc-golf basket, and you’ve got plenty of reasons to roam off the beaten path. 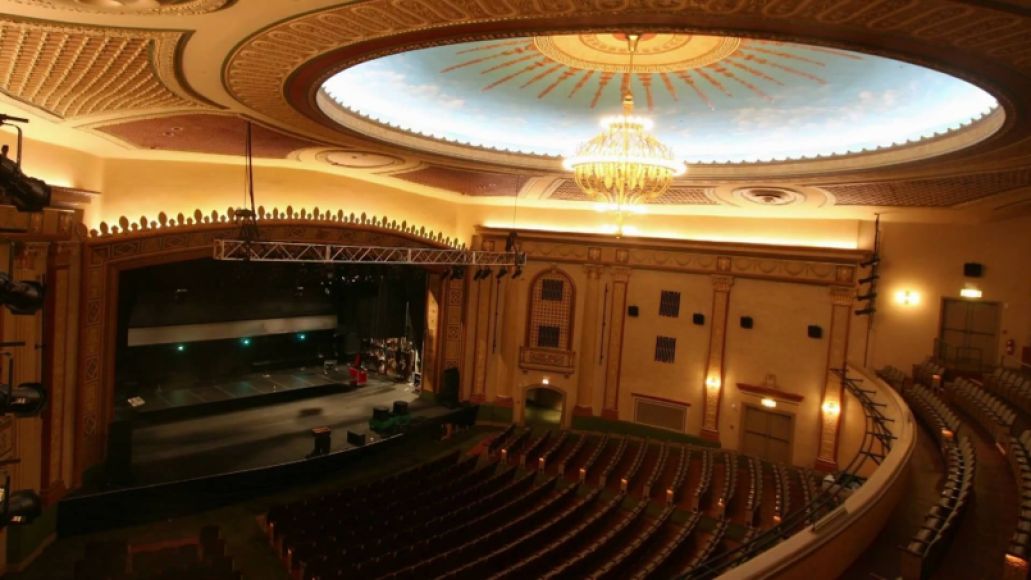 The ‘burbs need concert venues, too, and the Count Basie Theatre caters to the bridge-and-tunnel crowd without making them drive across a bridge or through a tunnel. To that end, there’s something special about seeing legendary, decidedly mature musicians like Brian Wilson and Boz Scaggs right in your Garden State neighborhood, especially when they’re flanked by the Basie’s gorgeously detailed proscenium and celestial blue dome. But such classiness doesn’t drive away the occasional rowdy act: Bruce Springsteen has made several surprise appearances, and fellow Jersey hero Kevin Smith — whose comics shop, Jay & Silent Bob’s Secret Stash, is a mere half-mile away — has filmed a handful of his specials there. 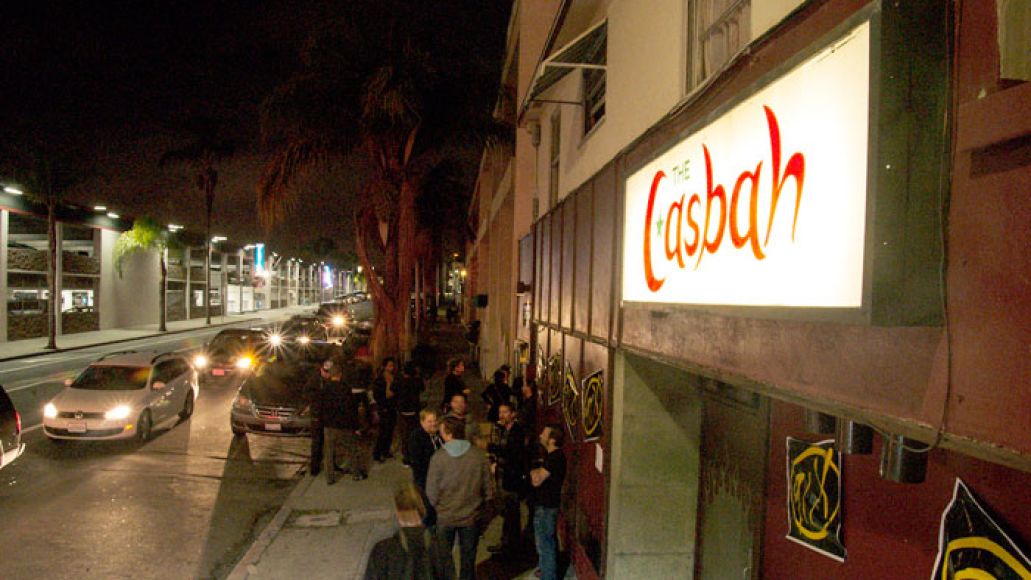 Like so many promoters-turned-club owners, Tim Mays was simply looking for a place to host shows when he opened The Casbah with Bob Bennett and Peter English in 1989. Eventually the venue became a haven for rock and roll of all shapes and sizes, from local heroes (Rocket from the Crypt, Three Mile Pilot) to alternative rock megastars (Nirvana! Smashing Pumpkins! Blink 182!). Now 26 years later, San Diego’s understated rock and roll mecca continues to be everything a small club should be.

With its 200-person capacity, there’s an intimacy to the current room (Mays moved the club up the street in 1994) even when your back’s against the bar. Posters adorning the wall pay homage to the city’s proud underground rock heritage, while the fake palm trees and year-round holiday lights give it the charm of a punk rock bungalow. There’s also music six nights a week, so yeah, it’s more or less a live music maven’s dream come true. 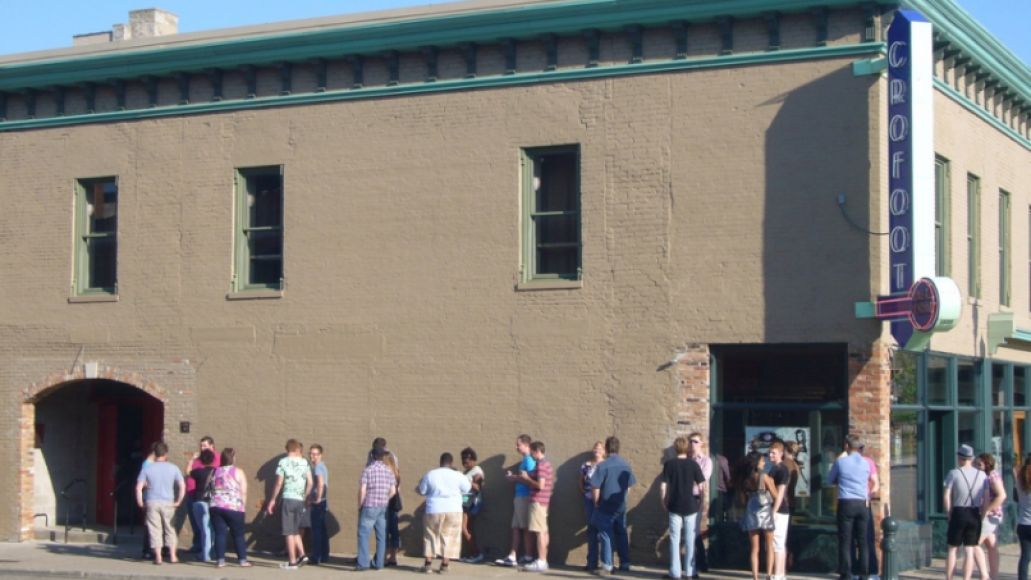 The Crofoot is one of downtown Pontiac’s oldest structures. Nowadays, it’s a two-story building that contains three venues: the Crofoot Ballroom, the Pike Room, and the Vernors Room. It’s gone through numerous periods of turbulence in the past two centuries, facing the prospect of demolition as recently as 2005. It was at that time that the McGowan family of local preservationists sought to restore The Crofoot, ultimately leading to its reopening as a concert venue in September 2007.

Regular attendees are pleased to report their happiness about the above-average quality of sound and the politeness of the staff. While it may not draw household-name performers like some venues in Detroit and other areas of Michigan, the modern-day Crofoot’s combination of charm, intimacy, and historical value makes it an often underrated institution. 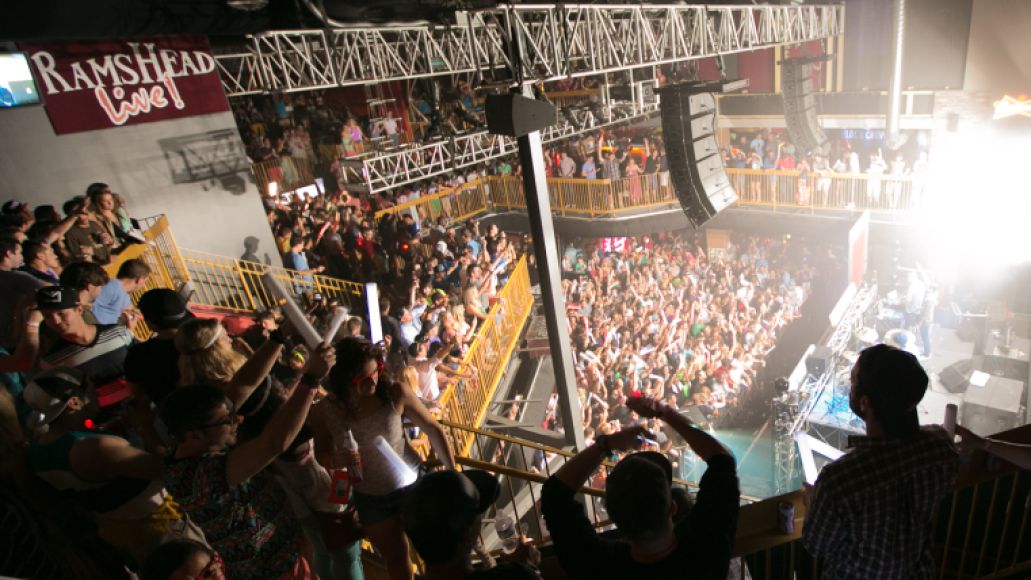 A lot of the best music venues in the US are anchored by their history, but there’s something to be said about what a modern room can be. A great example of this is Rams Head Live!, a concert hall that gets an exclamation mark in its name and doesn’t waste it. What might be most interesting about the space is that it doesn’t have to work with antiquated design.

Two levels of balcony zigzag the crevices of the space, allowing for viewing not just from the front of the stage, but from the side as well. When full, this can boost the energy to feel like the stage is surrounded by fans. History can be earned in time, but for now, Rams Head Live! provides a worthy alternative than traveling to DC for a mid-level band’s club show.