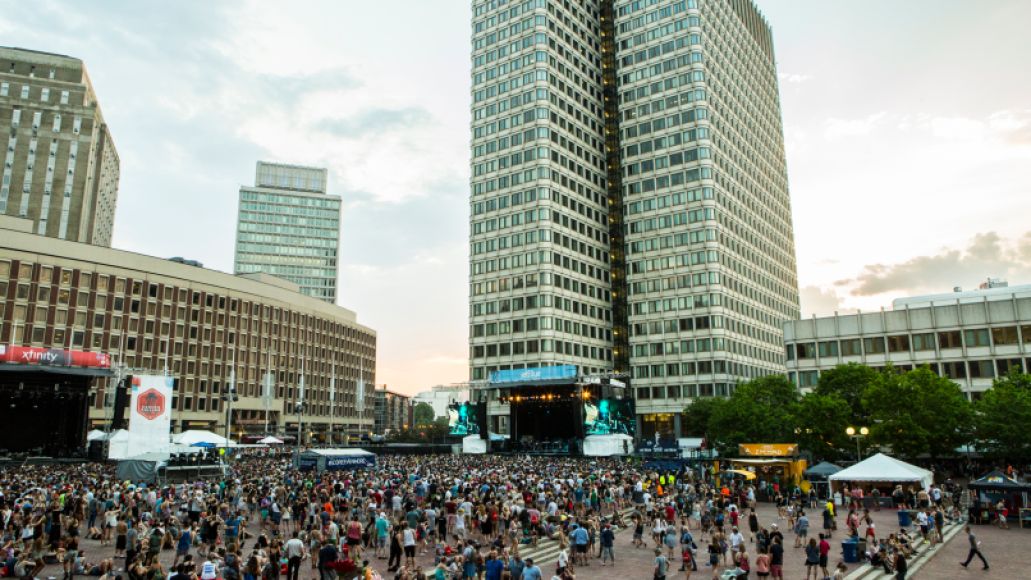 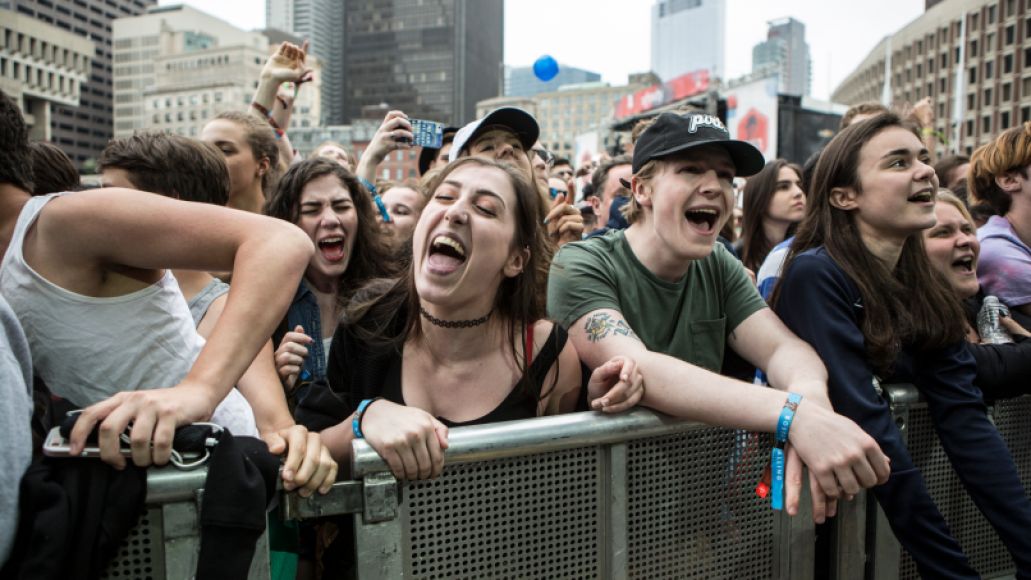 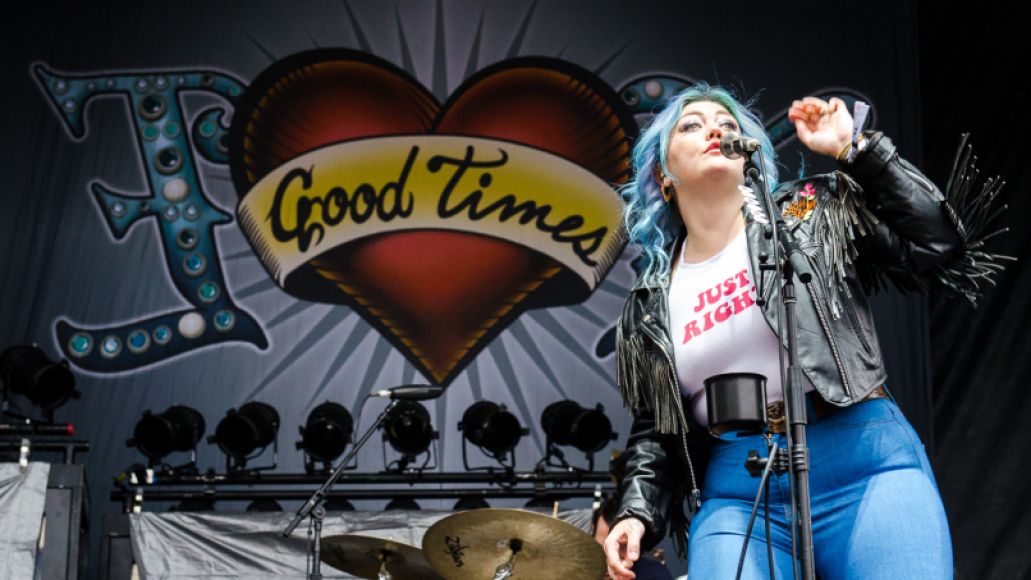 Elle King’s rockabilly is less authentic, more so a Hollywood facsimile fit for populating college radio stations rather than accruing any real staying power. While she may have had a good time on stage, her vocals left much to be desired. Perhaps it was the low mix that plagued a handful of acts on the Red Stage, but she simply didn’t have the power or conviction to carry most of her songs. On Sunday’s top-to-bottom-loaded bill, she came off as simply average, which isn’t enough when you’re scheduled around such massive talents. –Edward Dunbar 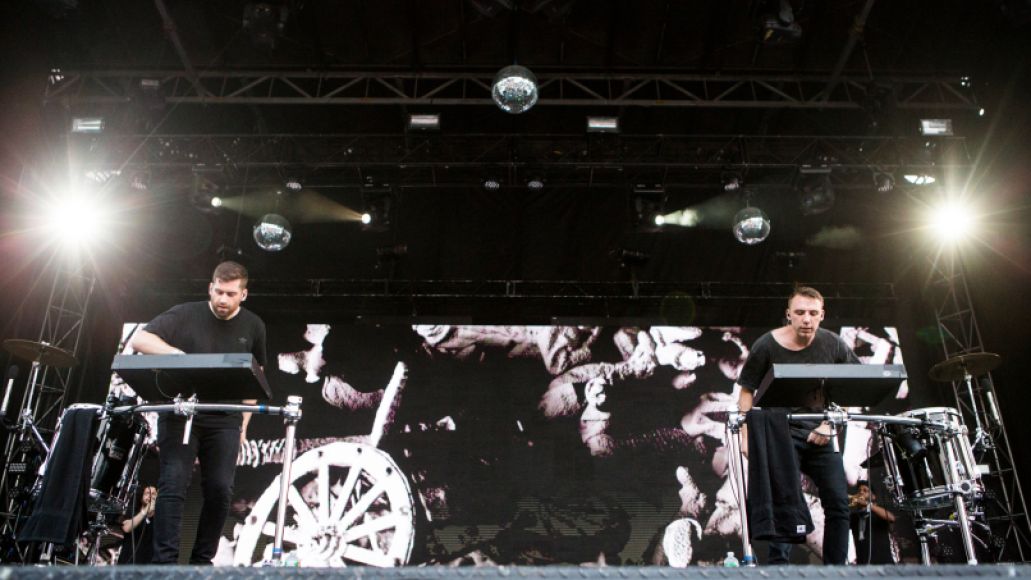 It seems to be a trend at Boston Calling where the second stage closer draws a bigger crowd than that night’s headliner: Brand New, Lorde, and now Odesza have helped established that tradition. After selling out the 3,000-person House of Blues three times over, it’s no surprise that Odesza’s crowd stretched to the very outer rims of the area. The high school crowd ate it up and, while their music isn’t particularly interesting or inspiring, it’s a nice, upbeat way to spend a Saturday evening. Not to mention, they had a spectacular light show that fully utilized their large background screens for a very cinematic effect. –Edward Dunbar 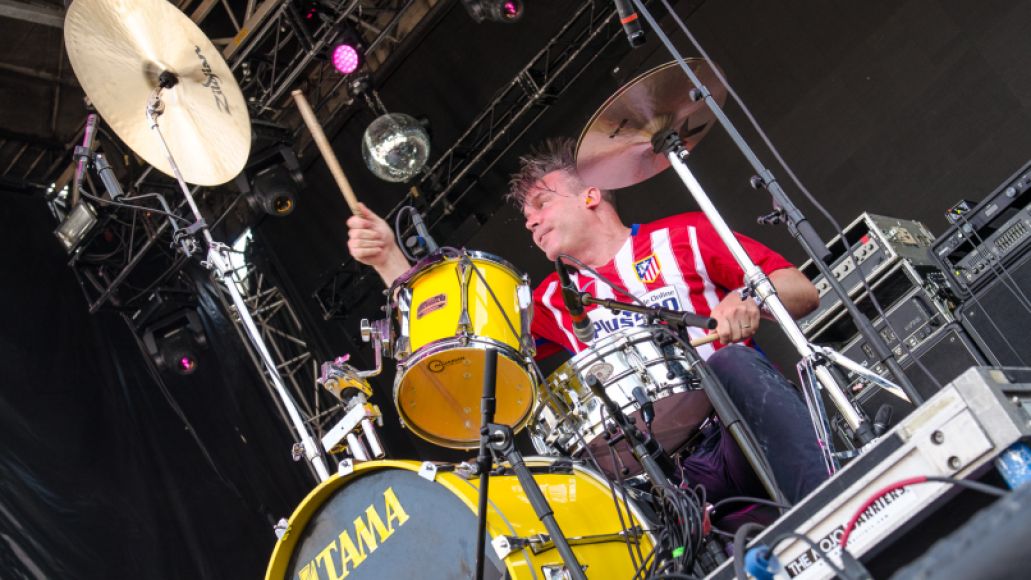 Does being a smart, adventurous, technically sound rock band necessarily make for a great festival set? That’s the question that hung over Battles’ Red Stage performance Saturday afternoon. Ian Williams, drummer John Stanier, and bassist Dave Konopka have earned lots of well-deserved experimental kudos over the past 10-plus years, but the band’s cerebral math rock felt even heavier and harder to digest than normal on Saturday. Maybe it was the inescapable sun and heat, but for whatever reason, the concrete expanse of City Hall Plaza didn’t offer the best environment for an angular sonic exercise. –Ryan Bray 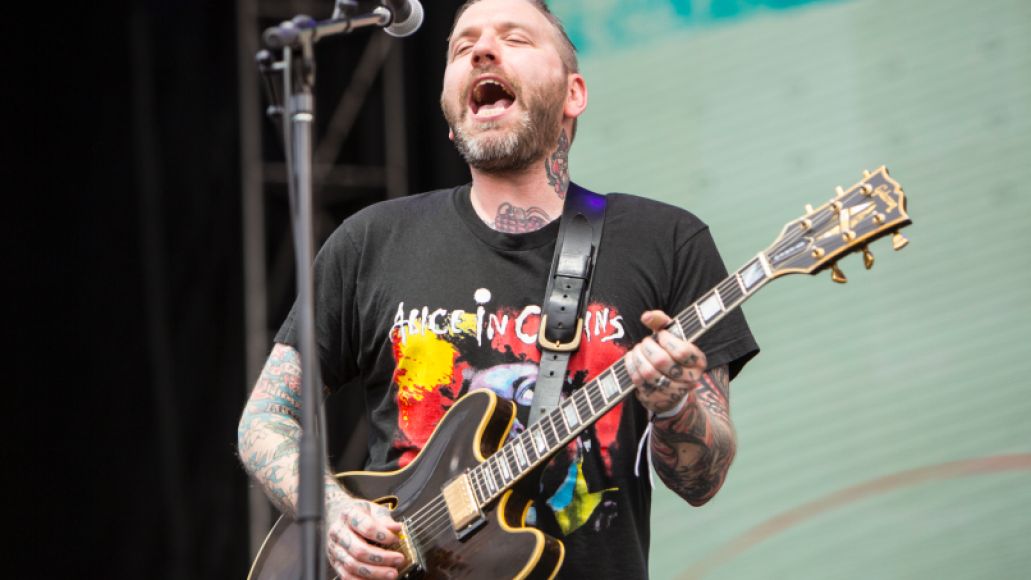 Heavy-handiness doesn’t usually go over well at festivals. Most of the time it feels like the singer-songwriter types are drowned out by side stages and crowd chatter, but City and Colour have always managed to avoid this fate. In the face of an always very pop audience at Boston Calling and the ridiculously hot weather, it’s a testament to Dallas Green’s songwriting prowess that they still managed to pull a huge crowd. An entire set of slow burners probably didn’t win over the non-believers, but it was a solid, if somewhat sleepy, performance that was appreciated by fans. Bonus points for having Little Jack (The Raconteurs/Dead Weather/Greenhornes) on bass! –Edward Dunbar 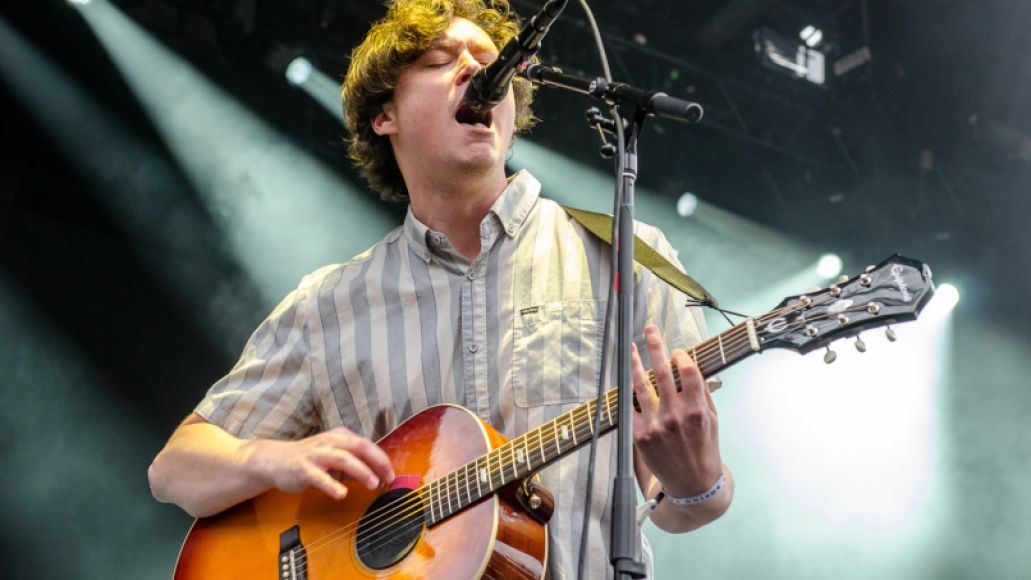 The Front Bottoms have a lot of conviction, but their songs are less than inspiring in the face of cold winds and quickly lowering temperatures. Despite the elements, they soldiered on and won over a good chunk of the crowd in the process. Echoing Sufjan Stevens’ incredible stage show, they inflated their own wacky, arm-flailing tube men for a split second, a lone flourish in an otherwise minimal state setup. Opting for bare-bones was a bold move in the face of some of the massive productions that other artists put on, but The Front Bottoms’ fans don’t care — all they want is the band. While some of their songs may musically (certainly not lyrically) devolve into grocery store commercial-esque lightness, their frequent moments of darkness were enough to hold a casual fan’s attention. –Edward Dunbar