When we sat down to talk with Car Seat Headrest’s Will Toledo last month, we couldn’t stop raving about one particular track from his upcoming sophomore album, Teens of Denial. “There Is a Policeman in All Our Heads, He Must Be Destroyed” starts off sounding like a straightforward cover of The Cars’ “Just What I Needed”, but Toledo superimposes a different vocal melody on the intro to create what is essentially a brand-new song. Later, in the outro, he returns to the Cars song and adopts Ric Ocasek’s original vocal melody. The end result is strange and delightful — a kind of cover-within-a-song that plays around with expectations and comes across as entirely original.

Not so fast, said Ric Ocasek upon hearing the song (apparently) for the first time. Though Toledo and the folks at Matador Records swear they had negotiated for a license in good faith months ago, they were informed last week that Ocasek preferred that his work not be included in the song. This is… unfortunate, to say the least. Matador has since been forced to recall and destroy thousands of LPs to comply with Ocasek’s wishes, and the album’s May 20th release date has been pushed back to mid-summer.

The biggest bummer is that the listening public may never get to hear “There Is a Policeman in All Our Heads, He Must Be Destroyed”, but Toledo promises to replace the nixed track with something even better. In a statement, he said that he has completed an alternate cut of the track with the tongue-in-cheek title “Not What I Needed”. This track will be included with the digital release of Teens of Denial, which is still scheduled for May 20th.

Ready to cry? Check out all these damn LPs that are headed straight for the incinerator: 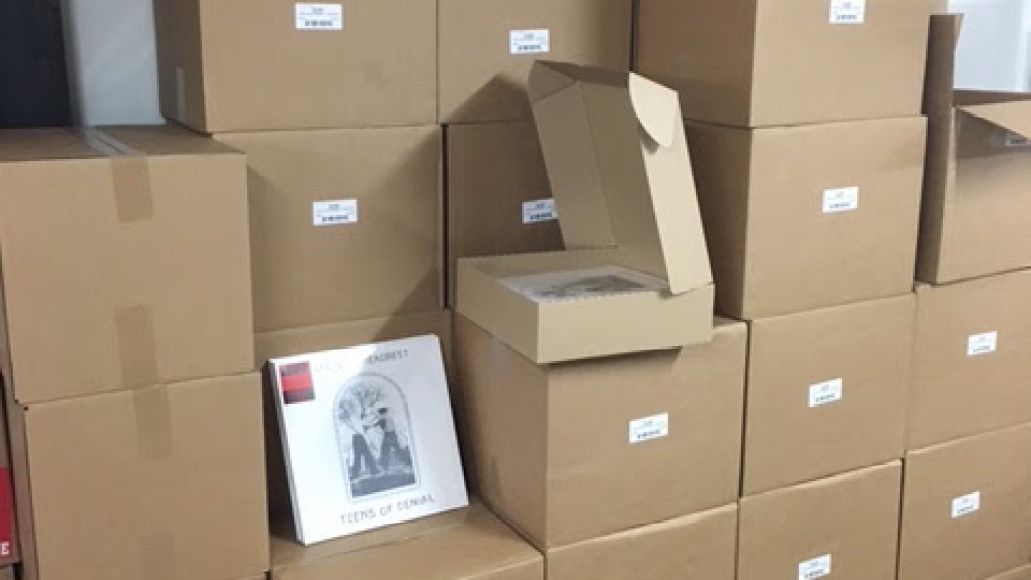 Life happens and sometimes not in ideal ways. If you’ve heard anything about the new album, then you’re probably aware that one of its songs made use of The Cars song “Just What I Needed.” Now, obviously, when we called the record ‘done’ and sent it off to be printed, we were working in full confidence that we had the legal side of it all worked out. We found out last week that this was not the case. I’m not going to get into the nitty-gritty of email chains and invested parties; suffice it to say that Matador (and I) were neither pulling a Banksy nor operating in ignorance of the law, but that we truly believed we had the issue resolved months ago, until last week.

As you may have heard, vinyl is being pulled from stores right now. There’s a total recall out, and all copies with the original version of the song will be destroyed. Nevertheless, Teens of Denial WILL COME OUT ON MAY 20TH, at least digitally. I spent the last 48 hours working on an alternate cut of the track, which is now called “Not What I Needed”. It’s not merely an edit – it is its own thing, about half a minute longer than the original track, and goes in a much different direction. Honestly, despite the apparent clusterfuck, I had fun doing it, and I think it’s a stronger song now. In any case I’ve grown up accustomed to working on an album right up to its drop date, so this is not a freak-out scenario for me. The album is going to come out on time and it’s going to be good.

The physical release will not come out on time, obviously. We’ll likely see a street date of sometime in July. I’m very sorry to everyone who was anticipating a preorder (it does sound GREAT on vinyl). It will be in your hands eventually. But it was very important to me that we keep the digital release for May. We’ve all been waiting long enough. Most of my music only exists online anyways, so it makes sense that this album should start the same way.

Thanks for your continued support, and I am very excited for this fucking record to come out already.

-Will Toledo aka Car Seat Headrest