For Jessy Lanza, the process of recording in the studio is a kind of catharsis. Any feelings of anxiety, sadness, or anger are channeled directly into her music, transformed into something productive before they’re allowed to build into an all-out rage. “If I didn’t have my studio to go to and isolate myself, I don’t know what I would do,” she admits. “I’d be a bad person.”

Lanza doesn’t always express her anger in the most obvious ways. On “I Talk BB”, which appears on her forthcoming album, Oh No, she crafts a slow-burning jam anchored by her falsetto, pushing her voice to limits unexplored in her earlier material. The song may sound like one of the more subdued on the record, but it came out of a “bad fucking mood.”

Back at home in Hamilton, Ontario, Lanza is taking a breather before the release of Oh No, her second full-length for Hyperdub. She’s just returned from an extensive North American tour opening for Junior Boys, whose Jeremy Greenspan is a close friend and collaborator. (She worked with Greenspan on her 2013 breakthrough debut, Pull My Hair Back, and the two teamed up again for the follow-up.)

Oh No is an expansive collection of skittering beats and sublime melodies, Lanza’s self-proclaimed attempt at making a pop record. It’s also a true amalgam of the artist’s various influences, such as her background studying jazz, collaborations with contemporaries like DJ Spinn and Caribou, and a fascination with everything from experimental Japanese artists to contemporary hip-hop. Lanza’s gift is an ability to fit all these seemingly disparate elements together in ways that click. In a recent conversation with Consequence of Sound, Lanza opened up about the progression in her songwriting as well as the artists and records that have most influenced her over the years. 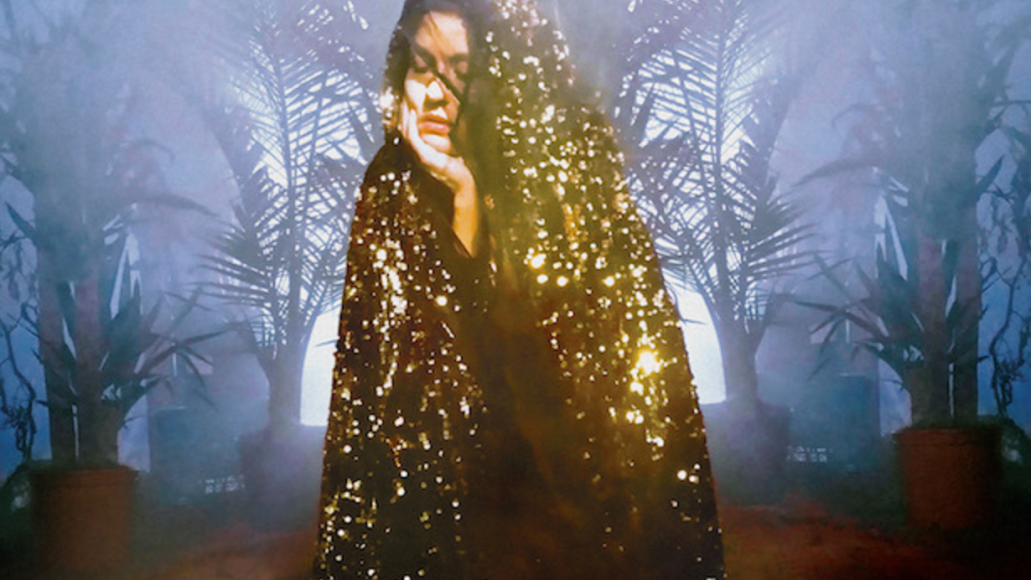 How was the writing process for Oh No different from Pull My Hair Back when you first approached it?

With the first record, I think Jeremy [Greenspan] and I were both a bit uncertain. We had just started working together and didn’t really have expectations for it. The fact that people liked it was a pleasant surprise to me. For this second one, we were much more focused on the idea that we were going to make a pop record. I think I was a lot more confident because I had toured quite a bit by that point. There’s no greater motivation than people being into what you’re doing. Well, there may be greater, but having people be interested in you is definitely a motivation.

I was excited about making new music and was more focused this time around. I was thankful to be back in the studio, too. I like touring a lot, but being in the studio for me is more comfortable because it’s such a controlled environment. When you’re playing live, especially with electronic music, a lot of things can go wrong and often do. When that happens in the privacy of my own studio, it’s not humiliating.

As this was you wanting to make a pop record, there’s a lot more excitement and energy to these songs compared to the first album. What made you want to develop in that direction?

I think touring with Caribou changed my perspective a bit. Watching him and seeing artists like DJ Spinn and DJ Rashad (when he was alive) play, I was really affected by seeing people respond to that and dancing together at venues. I wanted to be able to bring that into my live show. I love doing the slower tracks, but I wanted to make things more exciting for people when they come see me play or when they’re listening to the record at home.

Footwork seems to play a role in the sound of the new album. Were Spinn and Rashad your first introduction to that style of music?

I heard some ghettotech and ghetto house before, but didn’t know much about it besides that it was based out of Chicago. There were Dance Mania tracks I had heard some of, but I was really introduced to footwork as heard through DJ Rashad and DJ Spinn. Kode9 from Hyperdub sent me Double Cup, and I was just like, “What the fuck is this music?” There’s this amazing blend.

The thing I really love about it is how jazz-influenced it is. That really resonates with me since I went to school for jazz. Hearing these samples of singers that I loved when I was a teenager or in my early 20s. Hearing a sample from an underground jazz singer like Betty Carter or Roy Ayers that just gets thrown in there. It uses it in a way that I had never heard anybody do before. 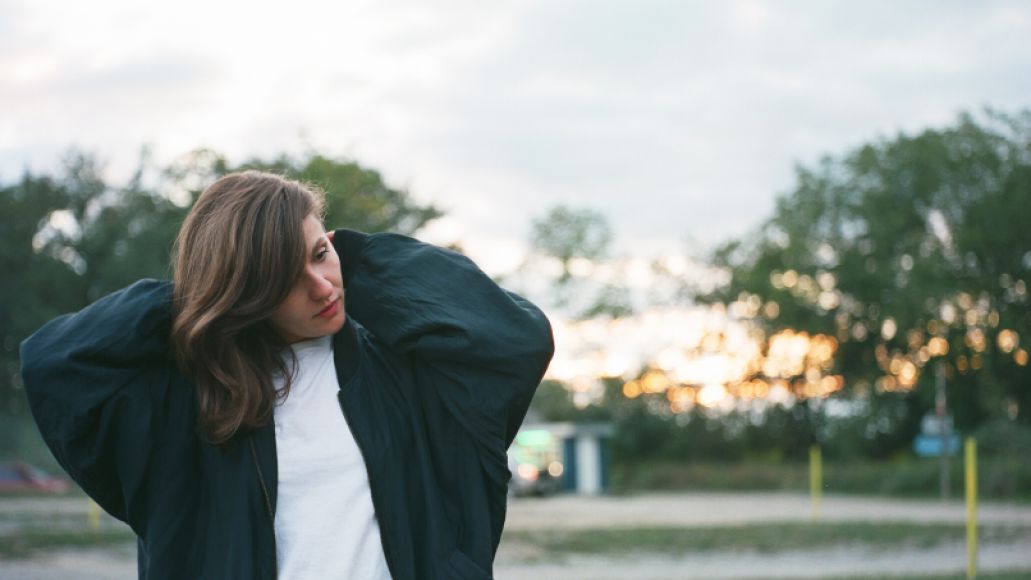 You’ve said your songwriting process with Jeremy involves separately creating snippets and bouncing ideas back and forth before a song is formed. How did you settle on that style of writing, and why does it suit you?

When we first started working together, we would try to jam and get something going. It always ended up where one of us would want to hog the console, and we found it worked better if we both started ideas. The way I work is, I’ll have eight one-minute ideas for songs, maybe a chorus and verse. I found that if I brought those to Jeremy and see which he liked, that would work better than us trying to start things from scratch in the same place. It never really took off that way.

Do a lot of ideas end up scrapped?

Oh, yeah. There’s so much garbage. For this record, of what we originally sent to Hyperdub, about half got scrapped, and we had to go back and do more. There’s a lot that’s never seen the light of day.

Do you ever get disappointed when you try to make something work and it falls through, or is that part of the process you’re used to?

There have been tracks we work on for a long time and they turn out, but most often I find the longer a track takes, the less likely it’s going to get finished. It can be a disappointment because you put so much time into it, but I don’t think you can think like that. It sucks the fun out of the process. You just have to swallow your pride and move on.

What were you mainly listening to while writing the songs on Oh No?

The new music I follow most closely is R&B and hip-hop. There’s this singer named Guordan Banks, on Meek Mill’s Dreamchasers label, who doesn’t get the love he deserves. He has this song, “Keep You in Mind”, that’s one of the best R&B songs I’ve heard in the past year. I heard it on the radio randomly when I was driving to Buffalo.

The R&B and hip-hop stations in Canada fucking suck. The only time you’ll pick up a good one is if you’re driving close to the border or to the Buffalo airport. I like Ariana Grande, too. Her voice is like it’s barfing out candy; it’s just so flawless. I was really into Mike WiLL Made It’s solo album Ransom when it came out. It may not be reflected in Oh No, but I was really obsessed with it.

What is it about his style that you’re drawn to?

He’s such a great producer. The thing I admire about him is that there’s such a tension. In terms of production, there’s so much care that goes into the drums and bass. It’s so heavy! It feels like this twisted world he’s made where everything just fits. It doesn’t feel like anything was dialed in. My favorite is “Screen Door” with Bankroll Fresh. The song is almost scary, like a horror movie soundtrack. There’s something menacing about it that I fucking love. 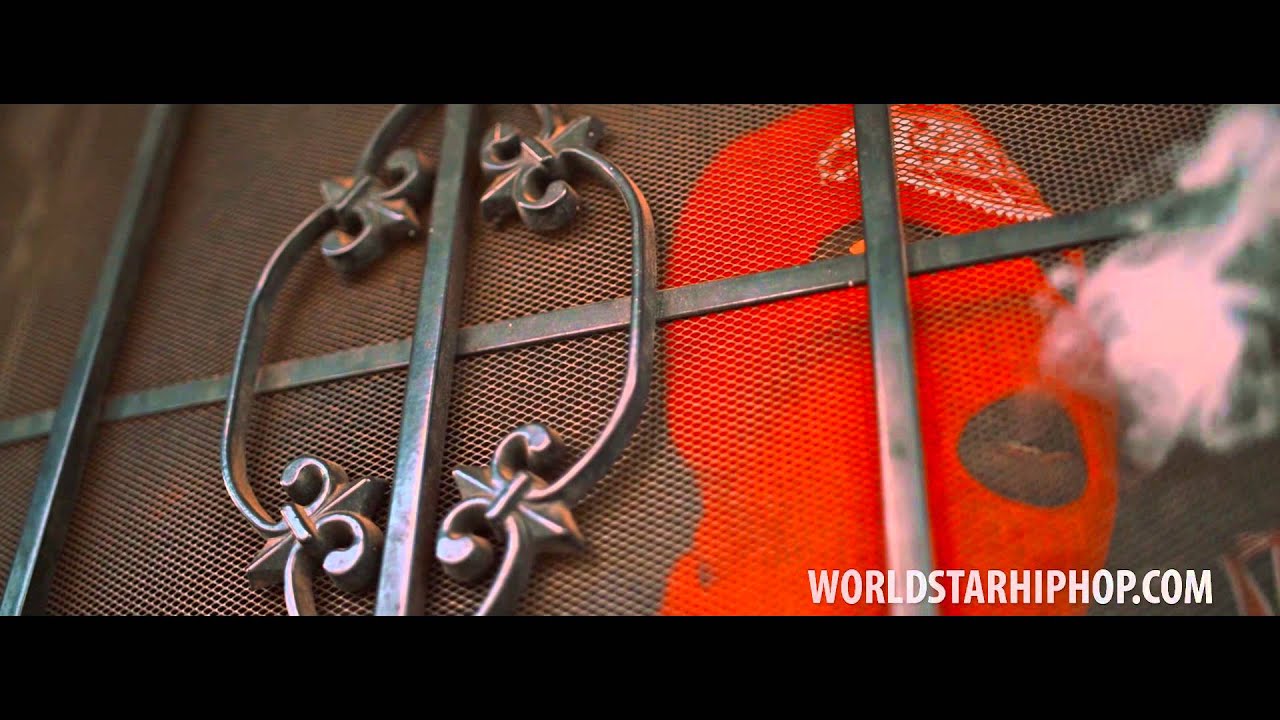 You mentioned making music as an anxiety-relieving process, but what’s your go-to music for listening to when you feel that way?

When I was working on the record, I had insomnia really bad and found I was having trouble sleeping. I found this album by Haruomi Hosono called Pacific. It’s a concept album and I found it was like therapy listening to it. It helped me sleep. Another of his, Omni Sight Seeing, it’s like an escape. I find his albums are really easy to lose yourself in, which for me is the indication of a great record or track. I think that’s what I love the most about making music and listening to music. It’s an escape from my own thoughts or reality.

Jessy Lanza's Biggest Influences? Jazz, Hip-Hop, and Getting Pissed Off at Her Neighbors