The irony wasn’t lost on Charles Bradley as he strutted and gyrated across the stage in front of a sold-out crowd at The Fillmore, the premier music venue in a city where he once slept on the streets. “When I was living out here, I was homeless,” Bradley told the audience of mostly affluent young professionals. “I love you, but did you love me back?”

Such was the preamble to “Ain’t It a Sin”, the powerful lead single off Bradley’s third studio album, Changes. Though the soul singer’s work often fluctuates between boundlessly joyous and boundlessly sad, “Ain’t It a Sin” captures an emotion slightly to the left of that spectrum: defiance. “It’s my turn to love and be loved,” Bradley shouted into the microphone, and those words carried a special weight upon his return to his second home of San Francisco, where he had the singular opportunity to perform in front of hundreds of people whose homes he might have slept outside of at some point in years past.

Bradley has every right to be bitter at the world, even now that he’s practically standing on top of it as the most enthralling soul musician to emerge in years. But what makes him so remarkable — aside from a voice that rivals Otis Redding’s and hips that rival James Brown’s — is the fact that he chooses love instead. Songs with the fighting spirit of “Ain’t It a Sin” are few and far between in his catalog, and he prefers to channel his outsized mojo into performances that bring him closer to his audience, rather than pointing out what they may or may not owe him. 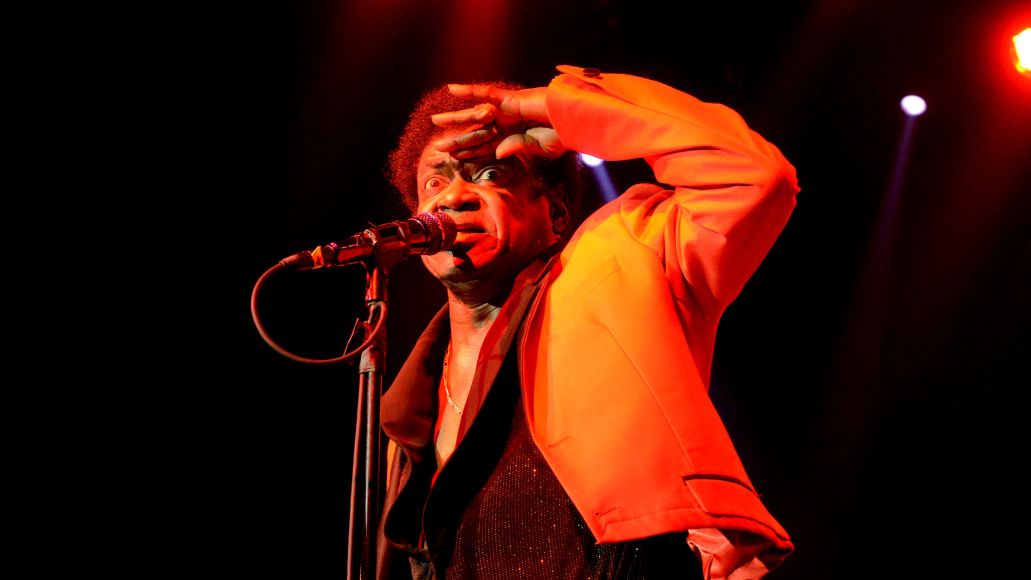 Of course, it helps that he knows how to work that audience into a frenzy using all of the natural tools at his disposal: his serpentine arms and legs, his always-in-motion ass, and, oh yeah, a voice that could stop a bulldozer in its tracks (and make whoever’s driving it weep uncontrollably). Bradley brought all of the above to the Greatest American Music Venue on Tuesday night, not to mention a six-piece backing band that lives up to the name Extraordinaires. That band was more than happy to step back and let Bradley steal the show, if only to prove that Bradley always steals the show, no matter how impressive the musicians he shares the stage with are.

If you’ve ever had the good fortune to attend a Charles Bradley show, you know that the man’s recorded output pales by comparison. If you haven’t, the difference is like being in the cockpit of an F-15 fighter jet versus looking at a picture of one. The man’s voice is a force of nature, the kind that recording engineers get paid millions to capture but never quite do. Every syllable sounds strained to the point of breaking, though at no point does Bradley seem at risk of losing control of his most precious instrument. This is frankly incredible, as he leaves everything on the table in practically every song, whether he’s expelling his soul through the mournful verses of “How Long” (during which he also carried the mic stand on his back, as if to symbolize his burden) or getting frisky during Victim of Love standout “You Put the Flame on It”. 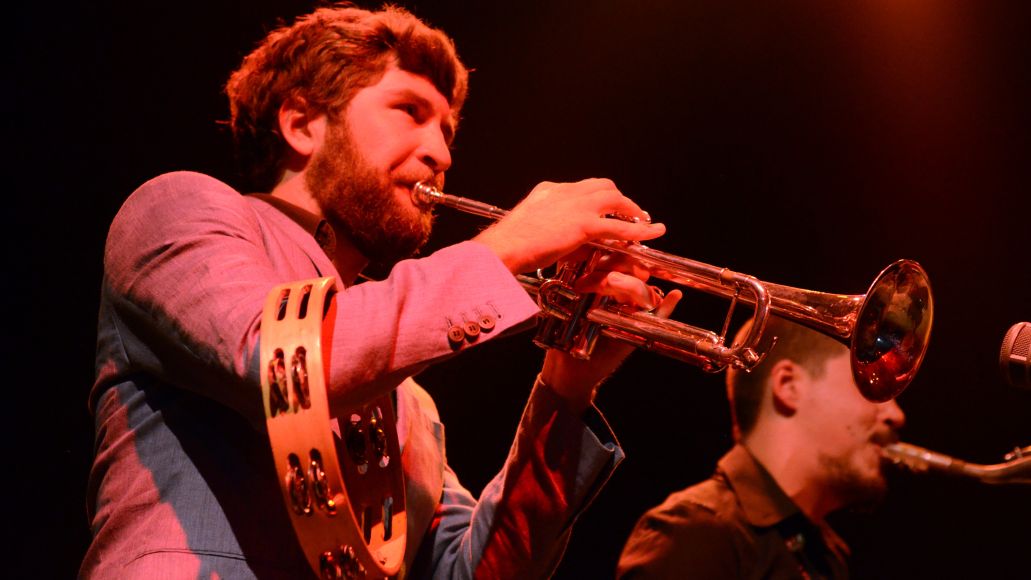 On this night in particular, it didn’t take much to realize that Bradley was drawing on all of his reserves and then some. He sounded positively hoarse between songs, keeping the stage banter to a minimum and feeding off the Extraordinaires’ energy to power him through the night. None of this affected his performance in the slightest, which is probably the closest a musician who specializes in matters of the heart can come to the dictionary definition of “professional.”

Bradley wears his 67 years well, and tonight he chose to adorn them first in a red blazer fitted tightly over a sparkly, open-chested shirt. This was actually only the first of two outfits, as he left the stage at 10 sharp for a sort of intermission that the band simply jammed through, then returned wearing some kind of cape and even more sparkles. It’s clear that Bradley enjoys the pageantry of live performance as much as anything else, and he was sure to make a show of it every time he removed an article of clothing. Even as he approaches 70, the guy still has more sexuality in his pinky than most do in their entire bodies, and he demonstrated as much by squiggling his way all the way to the ground during the extended bridge of “Things We Do for Love”. At moments like these, it’s impossible to forget that the guy was once a James Brown impersonator. Hell, he does James Brown as well as James Brown ever did. 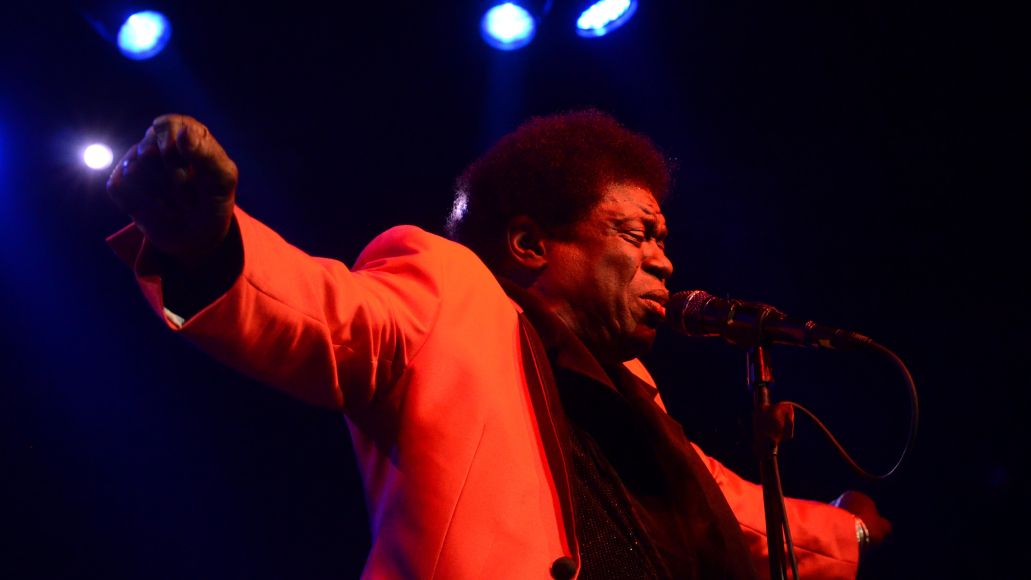 Bradley saved his most emotional performance for last, his cover of Black Sabbath’s “Changes”, which gave his latest album its title. No disrespect to Sabbath and their version of this song, but Bradley’s is heartbreaking in a way that few original compositions — let alone covers — could ever hope to match. It bears the burden of years and untold stories on its shoulders, and it carried this show to a fittingly contemplative conclusion.

As is his style, Bradley ended his night at The Fillmore with a sermon of sorts, bringing out a bouquet of roses and waxing poetic about how we’re all brothers and sisters with the same blood flowing through our veins. “If we can take all these roses and make a beautiful bouquet, there won’t be no fussin’ and fightin’,” he told the crowd as they leaned into every word. Like the best soul songs, that message might seem a bit sentimental and overbearing to some. But like the best soul songs, it also asks you to believe in something bigger and respond to it with all your heart.

Charles Bradley, as idiosyncratic as he is, makes people believe in something bigger. He makes them respond. Whether that response extends beyond the show itself is another matter entirely. But I’ll tell you what: Walking back to my girlfriend’s apartment in Nob Hill after the show, I stopped and said hello to every stranger whose path I crossed. That’s not going to change the world, of course, and it probably didn’t even change theirs. But it seems as good a place as any to start.