It would be fair to call The Highwaymen country music’s first supergroup, but it would also be something of a misnomer. After all, “super” doesn’t even begin to describe the combined talents of Willie Nelson, Waylon Jennings, Johnny Cash, and Kris Kristofferson, four outlaws who did more to change the shape and tenor of country music than can be quickly described in words. Each of these men was a force to be reckoned with on his own, but when they joined forces in 1985 and released the stunning album Highwaymen, well, that’s when the magic really happened.

That magic is now set to return thanks to Columbia/Legacy, who will be releasing The Highwaymen Live – American Outlaws on May 20th. The deluxe box set includes three audio discs with tracks recorded live at New York’s Nassau Coliseum and various Farm Aid festivals, plus a DVD or Blu-ray featuring a previously unreleased full-length concert film recorded live at Nassau Coliseum on March 14, 1990.

Today’s special video premiere comes from that concert footage, and it features Willie Nelson fronting the band for an emotional performance of “Blue Eyes Crying in the Rain”, a Fred Rose-penned song that also appears on Nelson’s classic 1975 album Red Headed Stranger. Check it out below, and scroll down to see the album artwork and tracklist for The Highwaymen Live – American Outlaws.

For more of The Highwaymen, be sure to check out the forthcoming PBS American Masters documentary The Highwaymen: Friends Till the End. Airing May 27th, the doc features rare live and behind-the-scenes footage, plus interviews with Nelson, Kristofferson, Toby Keith, John Mellencamp, and others. 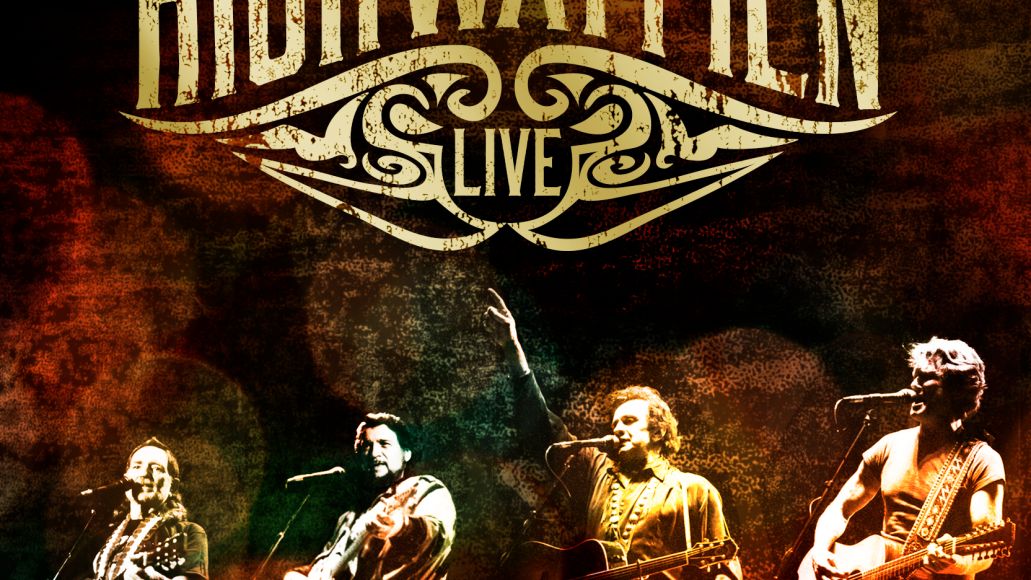 Audio Disc 3:
01. Mystery Train
02. Highwayman
03. The King Is Gone (So Are You)
04. I’ve Always Been Crazy
05. The Best Of All Possible Worlds
06. City Of New Orleans
07. Folsom Prison Blues
08. Intro/Highwayman
09. Shipwrecked In The Eighties
10. Desperados Waiting For A Train
11. One Too Many Mornings (Previously Unreleased)