We all thought we knew Moby.

The narrative has been repeated countless times. He’s a vegan. A Christian. A teetotaler. One of the iconic figures of the early 1990s electronic dance movement. As it turns out, things aren’t quite that simple.

Porcelain, Moby’s newly released memoir, starts in 1989 and ends a decade later, just moments before his multi-platinum album Play would revitalize his career and thrust him into the mainstream. It’s the story of man at odds with faith and in search of love, a story of the glorious heyday of the early rave scene and a bitter love letter to a New York that no longer exists. Ultimately, it’s the story of a musician who keeps reinventing in hopes that he’ll eventually find himself.

Sitting in the green room of DNA Lounge, a San Francisco club that looks like the type of place a shirtless Moby might have frequented many years ago, the artist born Richard Melville Hall reflects on how the idea to document his life came together.

“I had never thought of writing a memoir,” he confesses. “I had assumed that memoirs and autobiographies were written by old politicians, disgraced reality TV stars, and sports people. But then, I guess it was five or six years ago, the idea came to write a sort of New York-based, Patty Smith- or Bob Dylan-inspired memoir. Honestly, the mnemonic trigger was simply the act of beginning to write. Once I remembered one thing, that led to a cascade of 10,000 memories.” 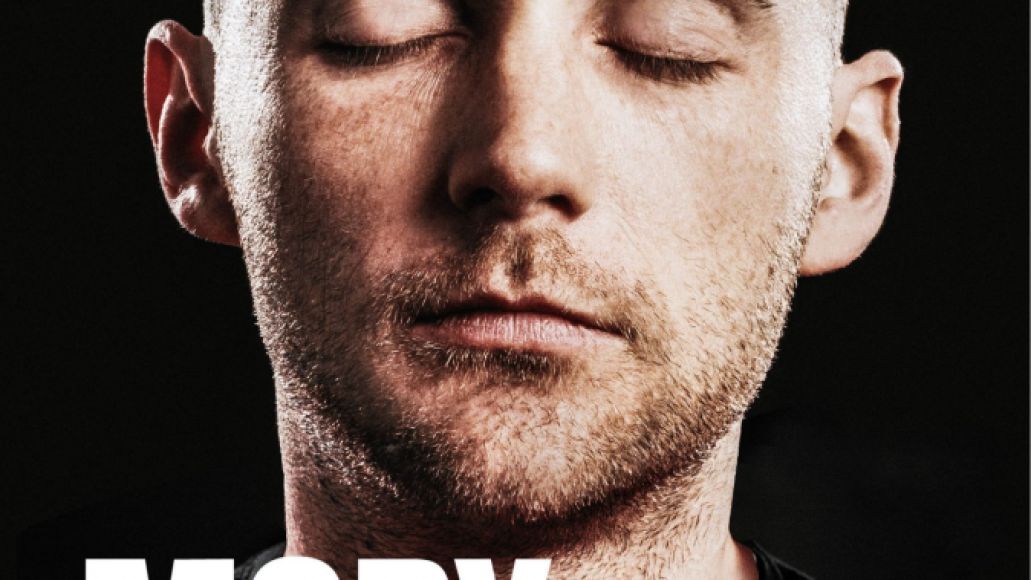 Eschewing the traditional format of the music memoir, which jumps from huge event to huge event, Porcelain hones in on the small moments that make up a life: the mornings spent spreading apple butter on toast, the long walks through New York City in autumn, the epiphanies and tragedies that always seem to happen off stage.

From living in an abandoned factory in Stamford, Connecticut, Moby traces his rise to DJing at New York institutions like Mars and NASA before finding enough success to tour the world. He writes with equal candor about his subsequent fall from grace, a situation in part initiated by his choice to release the punk-tinged album Animal Rights in 1996, just as the electronic music movement was exploding.

“Before writing the book, I went out and tried to read bits of as many different music memoirs as I could,” Moby says when asked about the honesty with which he writes. “I didn’t really like any of them. It frustrated me, how anodyne a lot of them were. They were intentionally vague and generic or weirdly self-serving.” 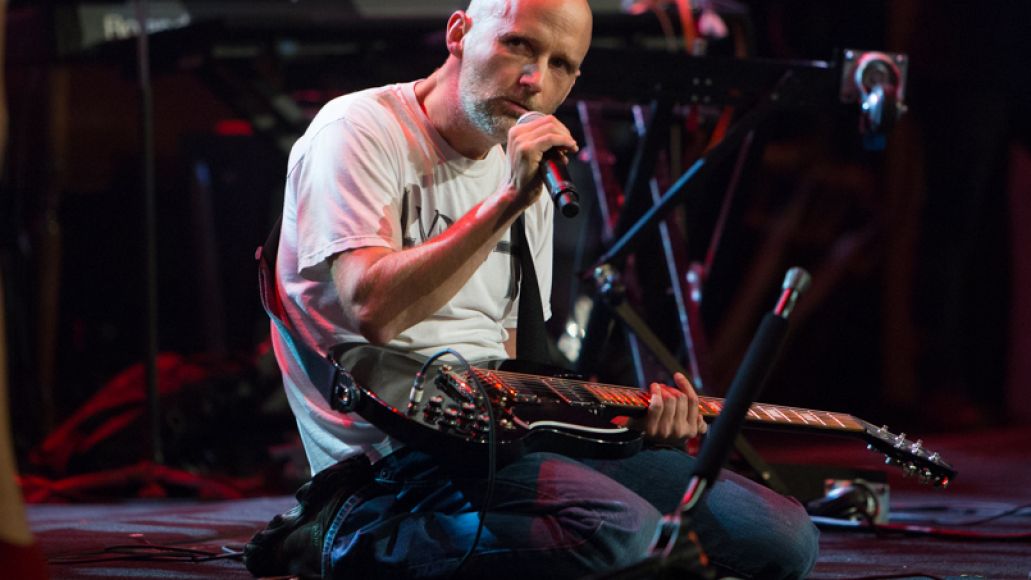 Anyone who reads Porcelain will see that it’s about as far from self-serving as a memoir can get. While Moby does write beautifully about the euphoria of playing to 10,000 fans in a field at dawn, he reserves plenty of pages for dwelling on his mistakes, which range from failed relationships to drunken escapades to having sex with a stranger at a dance club while a gaggle of drag queens looked on.

In perhaps the most personal passage of the book, Moby describes the panic and guilt that overcame him when he realized he had slept through his own mother’s funeral. He says the process of documenting the episode wasn’t wholly cathartic and that he’s still searching for clarity. Even so, he thinks everyone should be required to take a memoir writing class at some point in their lives, if only to see what moments of the past await excavating.

“That’s one of the nicest things about writing a memoir,” he reflects. “You inadvertently create patterns that you otherwise wouldn’t be aware of.”

Peppered among more profound moments in Porcelain are lighter revelations, like the story of Moby renting a flat on Mott Street in a mafia-controlled block of New York City, only to discover the building was host to three sub-basements used as a rehearsal space by artists like Iggy Pop, Sonic Youth, Butthole Surfers, and Beastie Boys.

“It was so weird,” Moby recalls. “So much stuff happened there. I’d walk out of the building, and there would be Iggy Pop sitting on the front step, drinking coffee. Or I’d see Kim [Gordon] and Thurston [Moore] pushing a stroller down the street on their way to rehearsal. It was really loud, this weird combination of mafia families and super-loud indie rockstars.”

In another section, Moby tells of the time he met David Bowie at a club after a Nine Inch Nails concert. While the temptation to focus on Bowie as some otherworldly rock star was surely immense, Moby reveals more by focusing on how he perceived the interaction (they spoke mostly about real estate). He says his editor helped him pick and choose which anecdotes to include and which, while humorous or intriguing, were ultimately “a weird narrative cul-de-sac that [didn’t] go anywhere.”

While a sequel to Porcelain has yet to be confirmed, Moby is already writing the story now. He imagines it will cover the release of Play and the subsequent fame and debauchery that followed.

“Book two is just going to be a name-dropping fuck fest,” he jokes. “If I write the sequel to this, it’s a lot of name-dropping that will potentially make me lose friendships, but I think I’d rather have a good book and fewer friends.” 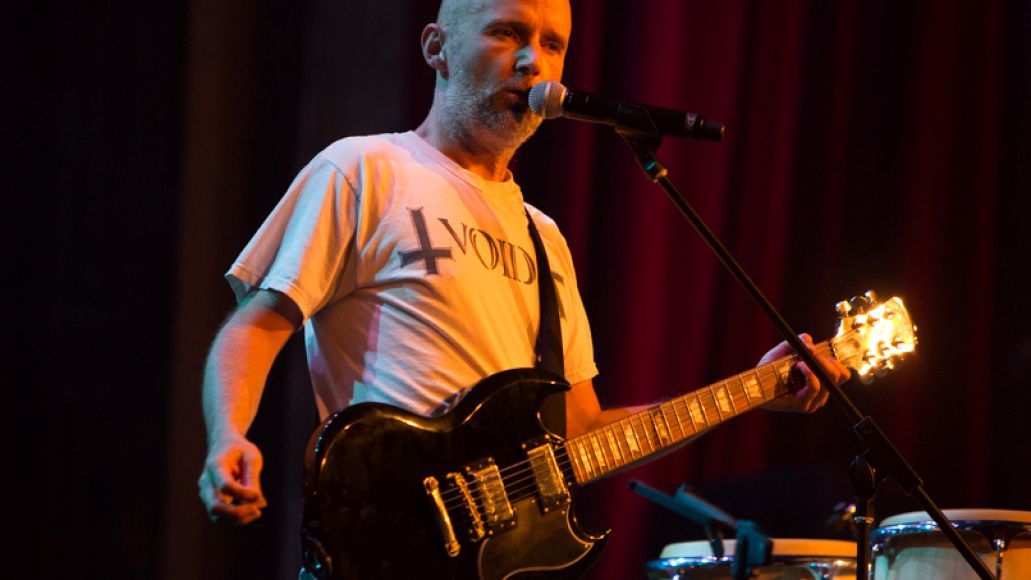 Among the many topics Moby brings to light in his memoir, none shines brighter than his portrait of the early ’90s rave scene. Before he takes the stage at DNA Lounge to discuss his book with a packed house of fans, he talks about the allure of that scene’s DIY energy and whether it still exists today.

“It’s almost like you don’t want to overstate the significance of something that you personally have experienced, but the early rave scene and the early electronic music scene was so magical because it was completely new. It hadn’t existed even a couple of years beforehand. The fashion sense, the music, the drugs, the technology — everything had just been invented that day basically, and it was all self-generated. I think sometimes people conflate the objects of their nostalgia. On one hand, I’m nostalgic for a culture that is gone, but I’m also nostalgic for being 25 years old and a part of that culture. So it’s not just nostalgia for a time and a place and a set of circumstances. It’s nostalgia for youth.”

All Work, All Play: A Conversation with Moby