Twenty years ago, Cameron Crowe returned to theaters with a little romantic comedy called Jerry Maguire. Starring Tom Cruise, Renée Zellweger, and Cuba Gooding, Jr., the feel-good tale about a sports agent’s fall from grace and into harmony quickly became a blockbuster smash and an Academy Award hit. Nowadays, it pops up on TNT during the weekend.

But if you’re a member of the Los Angeles video collective, Everything is Terrible!, you don’t need TNT to watch Jerry Maguire. In fact, you don’t even need cable television. Because you’re the ambassador of Kwan — or rather, the proud owner who gets to oversee thousands upon thousands of Jerry Ma-fucking-guire VHS tapes.

True story: Way, way back in 2008, the veteran video bloggers, who have graciously given the Internet weird, hilarious videos like Yogi Ogi Dogi or Pubic Hair Dying, began collecting the Jerry tapes whenever they’d come across Cruise’s smiling mug at thrift stores they’d frequent. Naturally, this hobby evolved into a public drive. 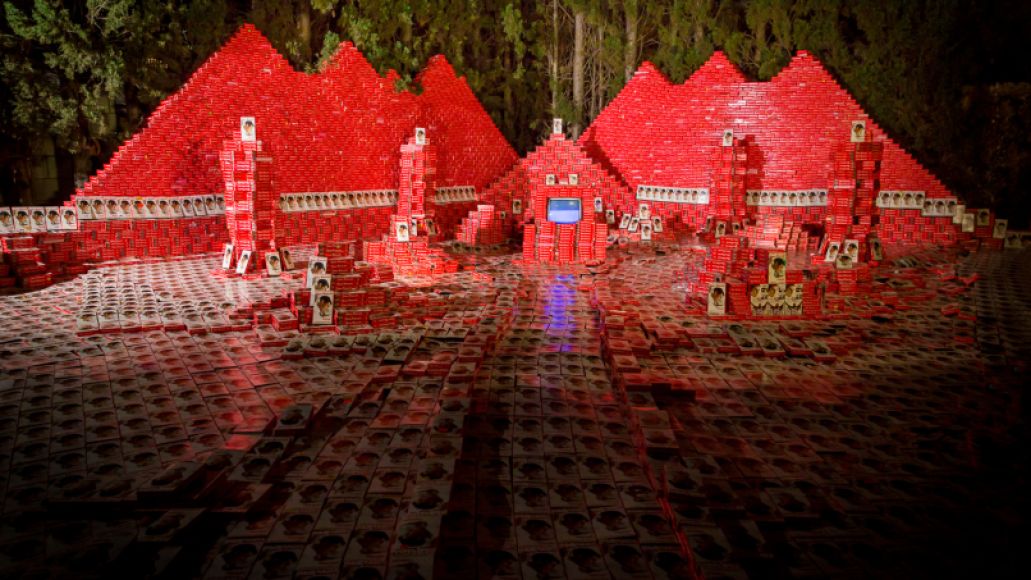 “Our goal is to collect every single living Jerry Maguire VHS tapes, but we need your help,” their website currently reads. “If you or somebody you know has a VHS copy of Jerry Maguire that needs a loving home, please donate it to us now at: Everything is Terrible! P.O. Box 50825, Los Angeles, CA 90050 USA.”

In addition to mail-ins, fans have also dropped off copies at the group’s countless live performances — and for a good reason! Those who donate over 10 copies can start climbing up the group’s online leader board that tallies the top donors. One lucky son of a bitch by the name of Alex McNeely has donated 1299 copies.

Right now, Everything is Terrible! is currently at 12,240 copies, and that number will only grow higher. “But what the hell do they want to do with them,” you might ask. Well, in a recent interview with New York Magazine, the group admitted they’re only 5,000 short of being able to finally build a pyramid out in the desert.

Um, I think Jerry said it best: “Who’s coming with me?”