It’s been a long time since Milo graduated from college, but the Descendents haven’t slowed down in their old age. How could they, with a new album due out July 29th via Epitaph and titled Hypercaffium Spazzinate? Last week, the veteran outfit released lead single “Victim of Me”, and today Milo Aukerman, Bill Stevenson, Karl Alvarez, and Stephen Egerton announced that they’ll be touring North America behind their newest batch of highly combustible songs.

While the Descendents almost definitely qualify as a legacy act at this point, the bands that will be opening for them rank among the freshest faces in punk rock. After appearances at Riot Fest in Denver and Chicago, the punk legends will play shows across America with Modern Baseball, Beach Slang, Fucked Up, and Bully. At least as far as this tour is concerned, everything definitely does not suck. Check out the tour poster and dates below. 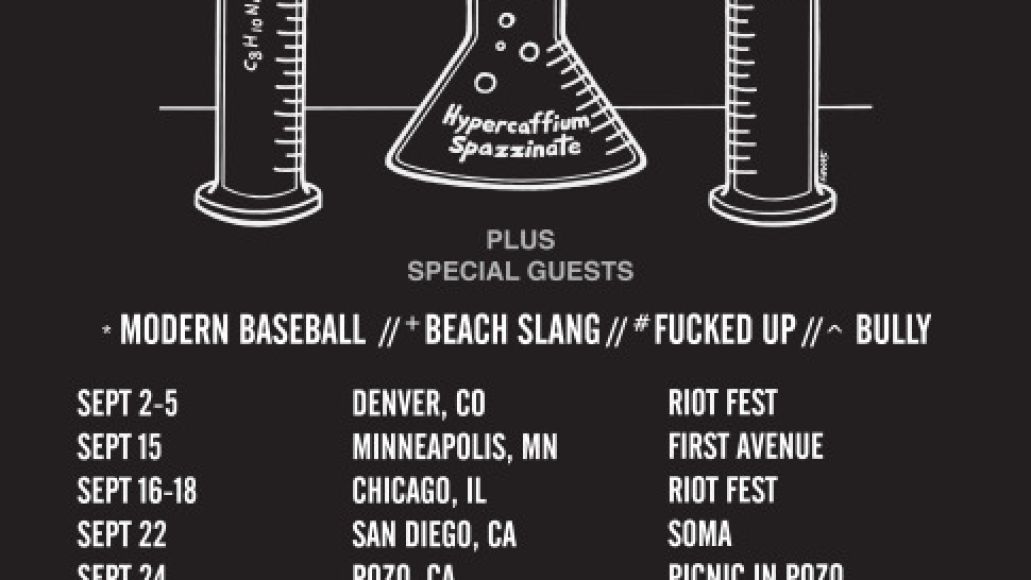