Glastonbury will pay tribute to three fallen music legends throughout the weekend. The UK festival, which formally kicked off today in Pilton, erected giant sculptures honoring Prince, David Bowie, and Motörhead frontman Lemmy Kilmister. Bowie’s Ziggy Stardust lightning bolt hangs above the Pyramid main stage, while the Other stage dons a Lemmy sculpture made up of spanner wrenches, aluminum spades, a v-twist engine, and a set of black ram’s horns. As for the dearly beloved Prince, a statue of a glittery hand holding a purple crown has been placed at the Park area.

Check out photos of the three sculptures below via NME: 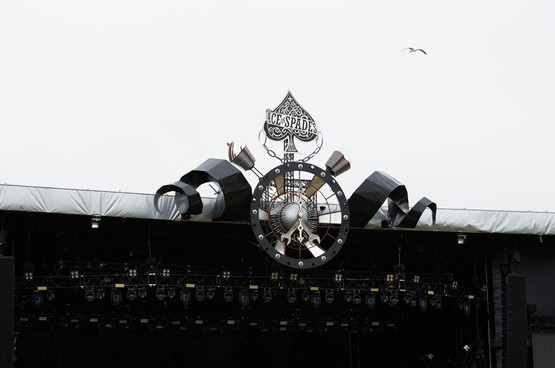 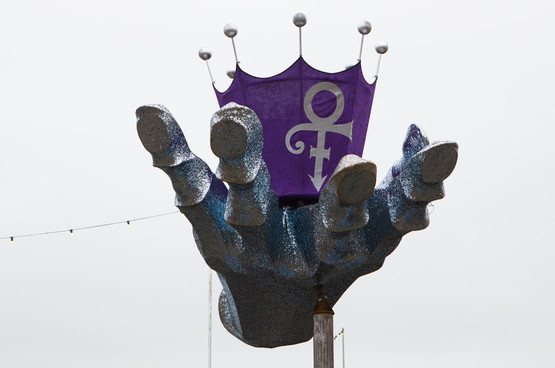 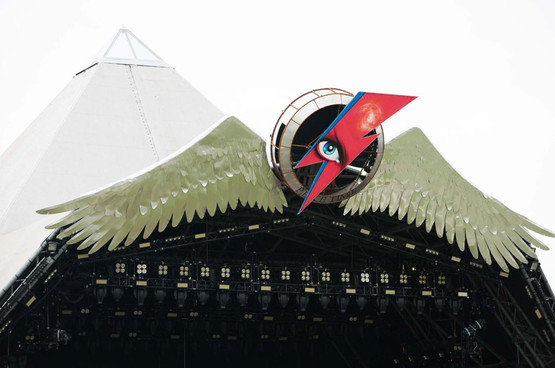 As fans arrived on the Glastonbury grounds Thursday, a more organic Bowie tribute occurred. A large group of attendees sang Bowie’s “Rebel Rebel” in unison as others danced around in the musician’s signature attire. Check out the footage above.

Over the weekend, several more musical tributes are planned, including an orchestral performance of Philip Glass’ fourth symphony, which is based on Bowie’s album Heroes (Prince covered the song “Heroes” weeks before he died). Also, Hot Chip frontman Alexis Taylor will perform a Prince-themed DJ set.