Through a blend of savvy planning and good luck, this year’s edition of Governors Ball arrived in a maelstrom of exciting new music from its artists. Hometown heroes The Strokes released the Future Present Past EP, their first new music in over three years. Kanye West teased G.O.O.D. Music’s Cruel Winter compilation with “Champions”. Vic Mensa dropped his There’s Alot Going On EP for free if you pledged to vote in November. And of course, the special guest turned out to be new supergroup Prophets of Rage.

With new kid on the block Panorama looming – also at Randall’s Island next July – landing all these timely acts boded well for New York City’s current premier music festival in its first year not run independently. (In an effort to compete with the AEG Live-backed Panorama, GovBall ultimately succumbed and was bought by Live Nation.) 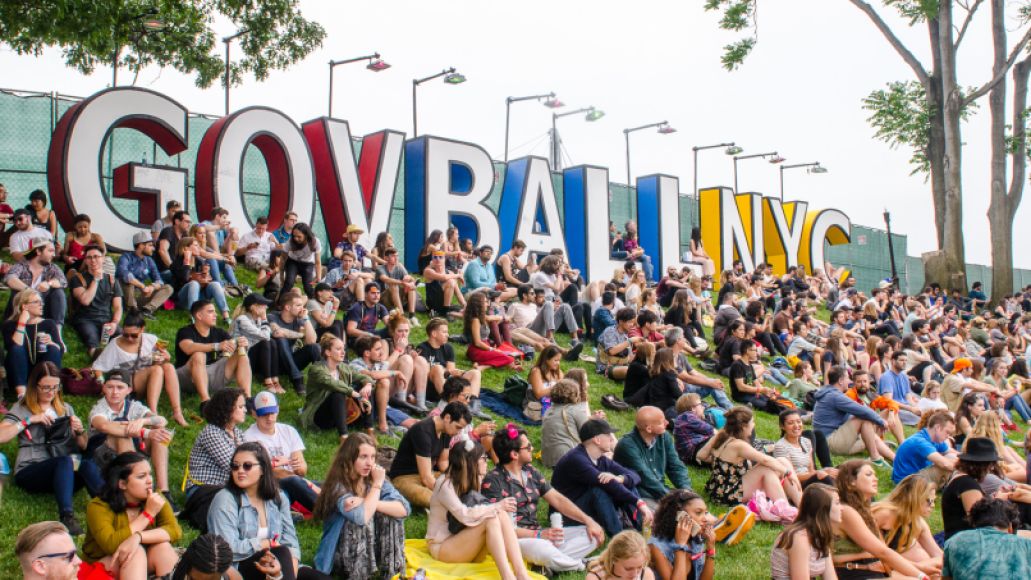 The sprawling, boomerang-shaped festival grounds were relatively easy to navigate, even as crowds began to peak by Saturday afternoon. Art installations memorializing Prince and Lemmy Kilmister stood tall near the main stage. Water refilling stations moved quickly, and lines for bathrooms weren’t outrageously long. And The Infatuation stacked the food lineup with an impressive array of NYC’s favorite restaurants and food trucks, including Wafels and Dinges, Korilla BBQ, Momofuku Milk Bar, and Mighty Quinn’s BBQ. Lines for #govballeeeeeeats did grow long around dinner time, but I never waited more than about 20 minutes for food.

However, all the planning couldn’t anticipate the weekend’s other major story line, (surprise!) the weather. Friday brought near-ideal festival conditions: overcast and cool with the occasional drizzle. Saturday arrived with more stifling heat, which gave way to ominous clouds overhead. Finally, during HAIM and Miguel’s evening sets, the sky opened up, unleashing a torrential downpour on the packed crowds. Because leaving Randall’s Island isn’t especially easy, most fans stuck around till The Killers’ triumphant headlining set, which kicked off magically as the rain finally tapered off. 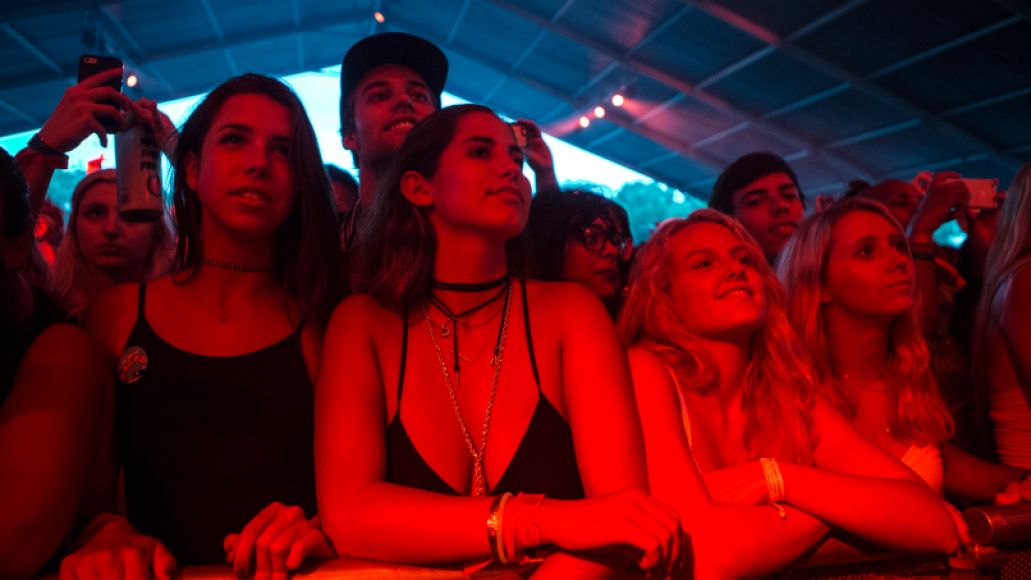 With thunderstorms forecasted throughout Sunday, the final day was officially canceled “due to severe weather and a high likelihood of lightning in the area.” As dangerous lightning caused injuries at Rock am Ring in Germany this same weekend, it’s hard to blame organizers for not wanting to risk stranding tens of thousands of people on Randall’s Island in the middle of a thunderstorm. This resulted in some of the most anticipated sets of the weekend not going forward, including Kanye West, Vic Mensa, and Prophets of Rage.

Despite the unfortunately abbreviated lineup, dry off and revisit the best and worst moments GovBall had to offer in 2016.