As HBO announced earlier this week, cable television’s most maligned program in recent memory, the Martin Scorsese/Mick Jagger-produced Vinyl, will not be renewed for a second season. The news left many critics in a state of rejoice, patting themselves on the back for being right about the show’s dramatic deficits with a flurry of told-ya-so think pieces.

That’s a shame because some of us enjoyed Vinyl for what it was — a gauche take on a gauche era, reflecting, like the mirrored pieces of a disco ball, a multi-faceted time in music and popular culture. The music biz drama boldly attempted to capture the drug-fueled decadence and sonic experimentation happening in New York in the ‘70s, when art, nightlife, and new music genres emerged and converged to spark a renaissance for entertainment and self-expression.

Yes, the show mostly failed thanks to historical inaccuracies, questionable casting choices, and an overzealous tone, but a revamp with a new writer replacing Boardwalk Empire’s Terence Winter was planned for the next season, and given another chance, Vinyl could have found its groove. 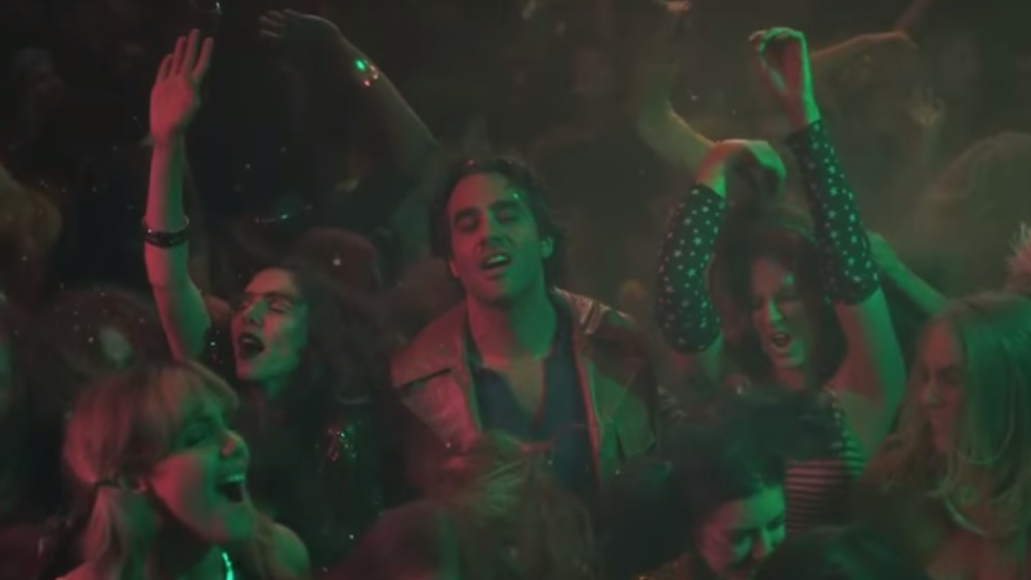 The show’s first season was a parade of polyester and platforms, nose-candy binges and raucous club scenes, all blended together and embellished with gratuitous song placement, gangster gore, and some curious rock-god cosplay. Few took it seriously, even when it attempted to take itself seriously. It wasn’t a hate-watch thing (like with Girls) but more of a play-watch thing, sparking nostalgic rumination and hours of Name That Tune-inspired debate. It also served as a campy palate cleanser to Lena Dunham’s smarter yet infinitely more irritating hipster whine-a-thon on Sunday nights.

Like other HBO end-of-the-week “event” programs (Sex and the City, The Sopranos, Six Feet Under, True Blood, and Game of Thrones), Vinyl was a show best watched in a communal setting. Some of us would get thematic about it, donning era-appropriate, vintage maxi dresses and sticky lip gloss while drinking cheap wine out of gaudy boho goblets.

It was a gas dissecting the styling with our designer buddies and Ebay-scouring fashionista friends, but that wasn’t the only appeal. We liked to come up with dream actor lists that would better embody the rock stars depicted on the show (Tilda Swinton could’ve re-visited her David Bowie drag! Josh Brolin would’ve made a hot Elvis!). Yes, Vinyl often went the Forrest Gump route and tried to address a hodgepodge of cultural moments that never quite fit together, but that was part of the experience. We almost always googled shit to see just how wrong they got it. We learned, we laughed, and then we let it go.

Vinyl clearly never set out to be a factual docu-drama, but when it got its timelines wrong, there was no forgiveness — especially from those who were there. Richard Hell (who inspired both the show’s punk group, The Nasty Bits, and its frontman character, played by Jagger’s son James) wrote a scathing blog post after the premiere, while groupie queen Pamela Des Barres called the show a “travesty” in a public post on Facebook. Punk scribe Legs McNeil was vocal about his disdain as well; his Facebook post immediately following the show’s cancellation read: “YES, THERE IS A GOD!” Vinyl was hated by the punk cognoscenti even more than that cheesy CBGB movie, which fudged its chronology, suffered from terrible casting, and also struggled thematically.

So what keeps “retro”-themed movies and TV shows from turning into coagulated cheddar glop suitable for dipping? Had Vinyl been given another chance, how could it have turned things around? 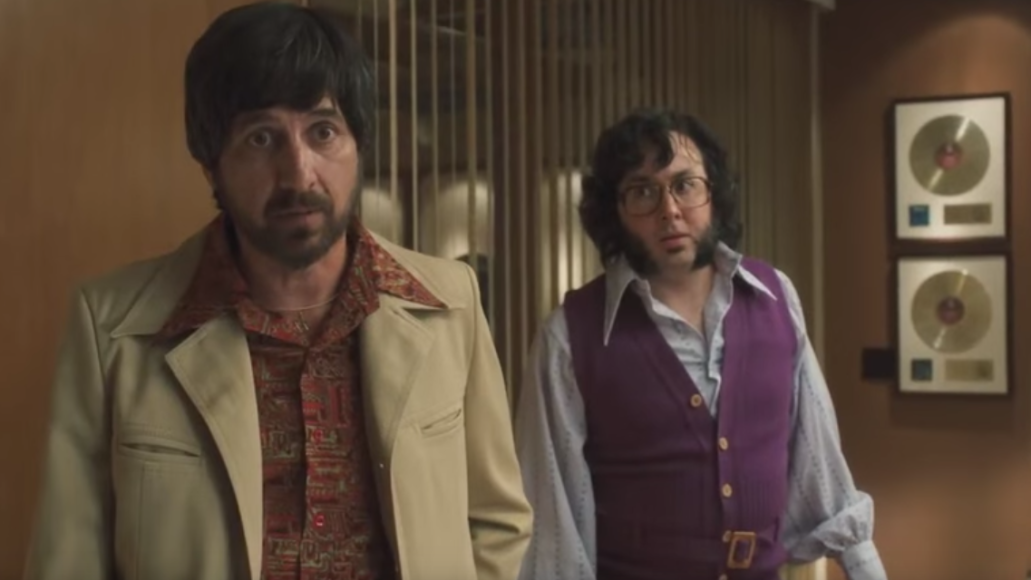 Episodic television might be more challenging than film when it comes to holding our attention, but it actually has a better shot at connecting in the long run, offering more time for character development and evolution. We’ll never know if Bobby Cannavale’s Richie Finestra might have benefited from this, but Olivia Wilde’s Devon surely could have. Admittedly, neither was especially likable, and unlike Tony Soprano, they weren’t complex enough to make viewers care one way or the other. The only character who really elicited any kind of passion was Juno Temple’s Jamie Vine, and even then we mostly cared about her clothes.

Still, the lack of a compelling core cast might not have mattered so much if Vinyl had just taken its cues from the great rock films that preceded it. It could have gone softer, embracing the clichés of rock fandom in a wistful, romanticized Almost Famous sort of way. Or it could have gone the other way and embraced the detached irony of Paul Thomas Anderson’s Boogie Nights, which let the aesthetics and soundtrack set the mood and featured composite characters versus portrayals of real-life people (in this case porn stars instead of rock stars). It could have even gone montage-ish, melding authentic newsreel footage from the era with fictional characters and scenes, as Michael Winterbottom did so successfully with his vibrant 24 Hour Party People. 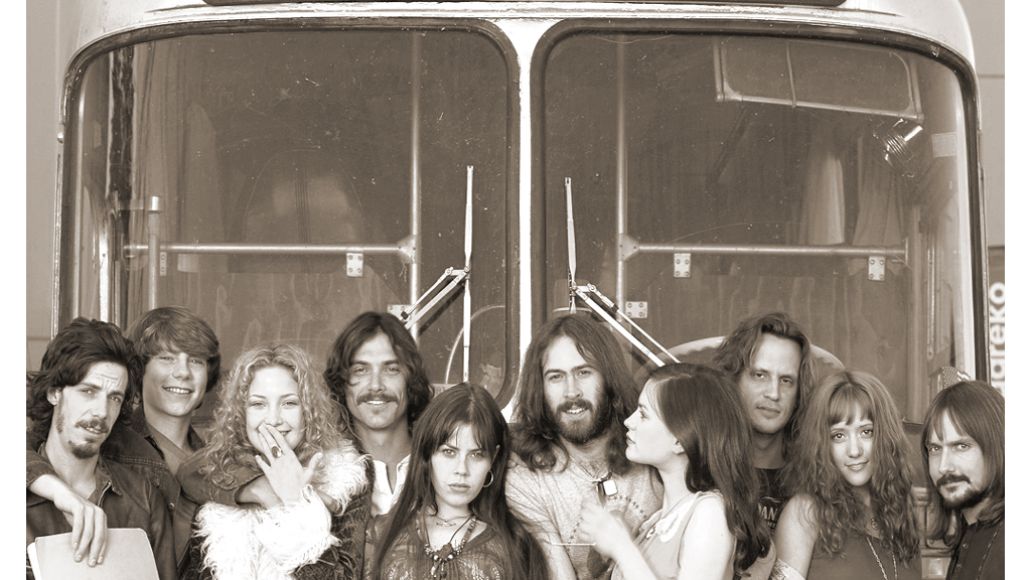 All three of the above films pulled off something simple yet very special: They depicted the ‘70s and early ‘80s, a music-fueled era that many viewers are old enough to still hold near and dear, in a way that rings true. Todd Haynes’ Velvet Goldmine, David O. Russell’s American Hustle, and Richard Linklater’s Dazed and Confused all did the same, proving that you can play with nostalgia — so long as you do it right.

Ultimately, Vinyl was missing what made hit TV shows like the ‘60s-framed Mad Men, the Judd Apatow-produced Freaks & Geeks, and, to a lesser extent, That ‘70s Show endure: affectionately framed nostalgia with references to the past as well as the purity of perspective. This show was so busy trying to be provocative and evocative of the era that it never captured the sense of wonder we all remember when we look back at how music first made us feel. It merely pretended to, and that’s really what pissed people off.

Many felt like Vinyl was faking it, and maybe it was. But for some of us, it was exciting to see the subject matter on screen in any form. Hip-hop has Empire, but what does rock and roll have now? That dismal Dennis Leary comedy Sex&Drugs&Rock&Roll? Showtime’s Roadies? Neither are better than Vinyl. Most music lovers — especially ‘70s music lovers — need and want something beyond the dress-up and debauchery that Scorsese and Jagger gave us. They expect more from their rock-themed television, and maybe we all should.

Vinyl might have eventually become that something more, if only the show had been given a few more spins before they took the needle off for good.

HBO's Vinyl Never Found Its Groove, But Deserved Another Spin