This feature originally ran in January 2016. We revisit it today to celebrate the 30th anniversary of Labyrinth.

Labyrinth has always been one of my all-time favorite movies. As a kid, I wore out our VHS copy with every feverish rewatch. Eventually we got it on DVD and portable players became a thing, and there wasn’t a road trip spent where I wasn’t watching it. I have a multitude of memories attached to the film and all its freaky characters, but none stronger than my deep, important connection to David Bowie as Jareth, the Goblin King.

I was young, maybe a little too young, when I first dreamt of Jareth. He sat in my windowsill — I didn’t even have a windowsill — and spoke to me in that seductive tone that could only come from Bowie himself. He was the first boy, well, man, that I’d ever had a dream about. I’m sure I had crushes back then that would slip into my subconscious from time to time, but this was different. This was undeniably sexual. This changed me.

Obviously, I wouldn’t call this a sex dream, because that’s a bit extreme. But my interactions with Bowie as Jareth were cloaked in unquestionable attraction. I remember clearly wanting to be around him, close to him in a way I could hardly understand at the time. I don’t remember ever telling anyone about the dream at first, but soon enough I’d come to realize that I was in no way alone in my feelings. 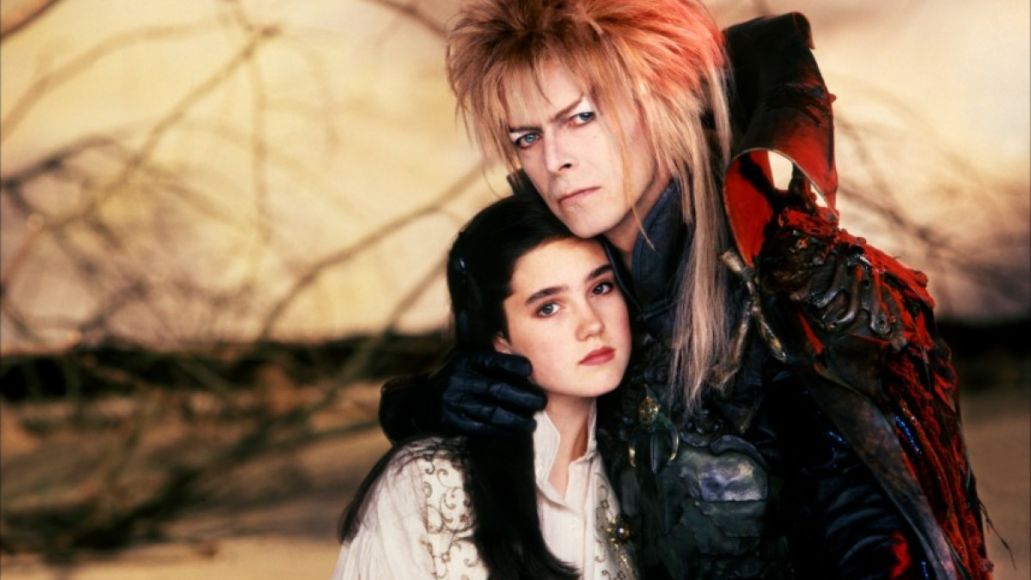 From the moment he stepped onto the screen in Jim Henson’s classic, I was overwhelmed by his power. From the towering hair to the popped collar, the cape, those pants and that makeup, he oozed a new and special kind of appeal. From then on it was no longer Tyler from my math class or Leo in Titanic, but Bowie in all his gender-bending glory. I had never seen something so beautiful and perfect, and I couldn’t understand why it wasn’t a part of my pedestrian world.

I hardly ever related to Sarah (Jennifer Connelly) in Labyrinth. I was probably supposed to, because I was a kid and also a girl and a bit of a nerd, but I didn’t. I blamed it on how whiny she was, how if it were me, I’d stop complaining and make that labyrinth my bitch. But in actuality, I think I couldn’t relate to her because I couldn’t understand why she’d ever leave Jareth. In my world, he did have power over me. All of it. I felt more connected to the goblins, for I too would be his unquestioning loyal subject.

It was because of lust. There’s no doubt that I loved him with so much purity, but at a young age, the mystery of lust is all the more powerful. It was hard to understand because he was so gracefully effeminate, prettier than I was at the time as a skateboarding tomboy with a low ponytail, and him with his cheekbones and lip gloss and eye shadow. But then there were his tight pants and can’t-be-unseen crotch, paired with the subtly masculine swagger of his presence. In my dream, it was all on display in hyper reality — he was a boy and a girl and a Goblin King and everything. He made me understand that lust and romance was so much more than “Rebecca and Tyler sitting in a tree, K-I-S-S-I-N-G.” 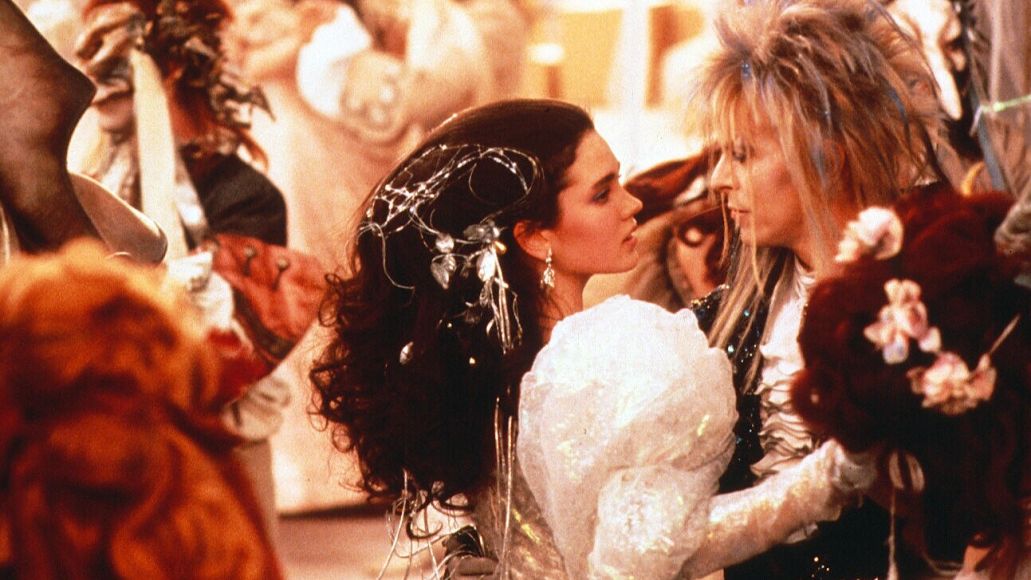 Growing up, I had a very progressive household of parental minds. I never feared that my attraction to this strange genderless creature would be condemned, because I knew that there was no way that loving Bowie could be wrong. It felt too right. Besides my inner voice telling me it was okay, there was no way I could feel judged by my love for Jareth because Bowie was already universally regarded as an entity of cool. My mother and I would discuss at length our mutual admiration for everything he was and many years later would revisit our lust at the “David Bowie Is…” exhibit. We’d fawn over his alien-like image, and seven-year-old me would know that there is absolutely no shame in him being my first real sexual infatuation.

David Bowie is inseparable from his overwhelming amount of influence. One could talk for hours about how his music is heard in everything that came after him, but there’s really so much more than the music. His influence on fashion and art is undeniable. But perhaps even more important is his influence on our understanding of him. The malleable nature of his image remains crucial to how significant he was to our culture. David Bowie was at once the beautiful Sandra Dee and the cool, leather-clad Danny Zuko. His ability to merge both femininity and masculinity opened up a dialogue about gender that was ahead of his time. He hardly seemed like a real person, and that’s what made it okay. He wasn’t a man called David Robert Jones from Brixton; he was an alien from outer space. He was Ziggy Stardust or Aladdin Sane or The Thin White Duke or even Jareth, Goblin King.

His musical alter egos are obviously paramount to conceptualizing Bowie’s influence, but I think Jareth is, in a way, his most important character. Bowie played Jareth with so much swagger, so much confidence in who or what he was, there was no way to question it. Whether he’s seductively dancing amidst a crowd of moving bodies in the masquerade scene, or defying gravity while singing “Within You”, Bowie’s portrayal is always indisputably cool. Had there been a shred of doubt in his performance, the character would crumble. By playing him with that integrity and power, Bowie told the world it was okay to love him, and perhaps more importantly, lust for him. 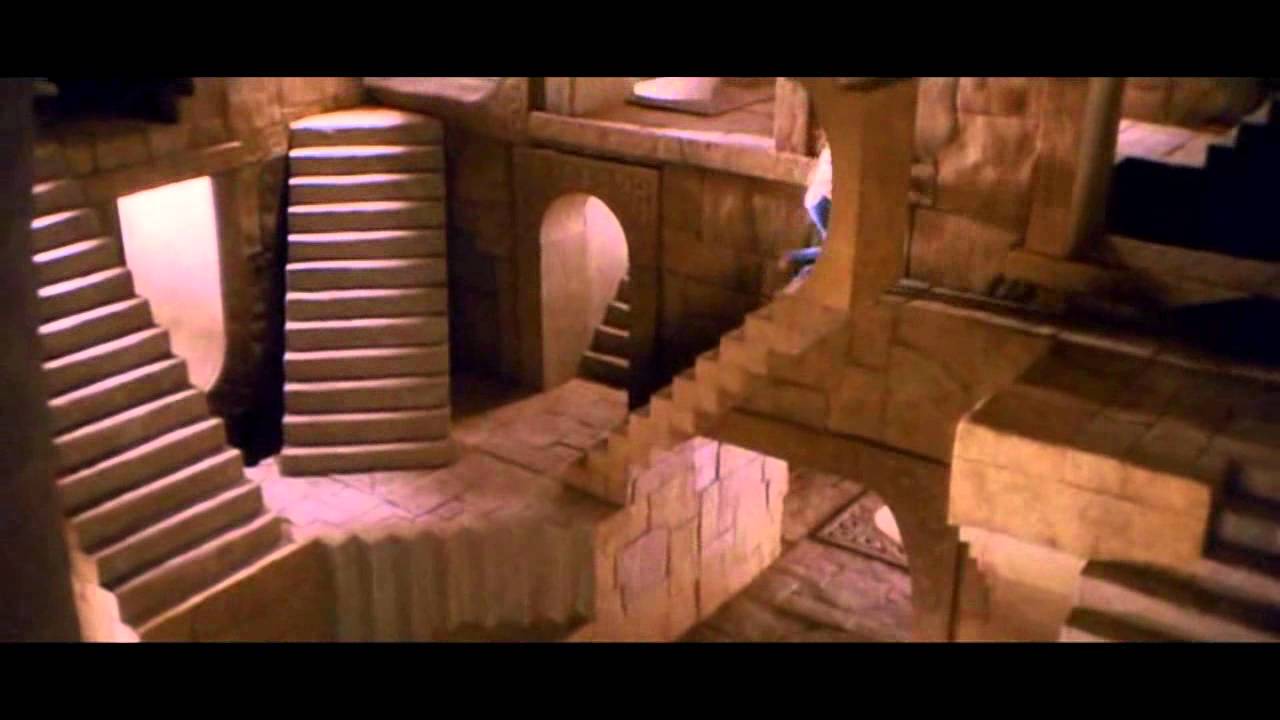 That is why Bowie’s role in Labyrinth is so vital. The character of Jareth opened up a world of possibility and understanding to so many young kids — he would help shape who they were and how they viewed sexuality. Whether you were a kid who wanted to be him or a kid who wanted to be with him, Jareth forced young girls and boys to tumble into the abyss of sexuality and gender and return with the realization that it was never quite as black and white as they might have thought.

My acceptance of Jareth as a totally reasonable desire to have and the dreams we spent together paved the way for who I am today. The dreams used to be recurring. They’d all have the same general premise — mostly me just looking deeply into his eyes as he said whatever he wanted in that sultry voice. Sometimes I long for the days when that love was all so new, but I know he is somewhere in every romance I seek out. Now, as we collectively process David Bowie’s passing, all I can hope for is that Jareth decides to visit my dreams once again, even if just for a night.

Labyrinth: A Goblin King and a Sexual Dream