After the crushing financial and critical disappointment of Batman v Superman: Dawn of Justice, Warner Bros. and DC Comics took measures to stabilize the future of their cinematic universe. Last month, the studios announced the formation of DC Films to oversee the creation of all upcoming films. Recently, journalists were invited to a preview of the forthcoming Justice League movie in London, and their reports back shed fresh light on the forthcoming superhero team-up as well as the state of the universe.

First up, we can stop calling this film Justice League — Part One. The company is set on making Justice League work as a standalone feature, and have thus dropped any numbering from the title. Still, this seems to be more a means of signaling this isn’t a half-story like the final Hunger Games or Harry Potter films, not that there won’t be a sequel. That’s clear from confirmation that the main villain in the film will be Steppenwolf, the axe-headed alien we saw Lex Luthor communing with in the first deleted scene from the BvS:DoJ — Ultimate Edition. Steppenwolf is merely a minion of Darkseid, the real big villain of the DC Universe; there’s a good chance Darkseid will cameo in JL, strongly hinting that he’ll take the main antagonist role in a follow-up. (Think what Marvel has done with Thanos, except like everything else in the DCEU, sped way the hell up.) Zack Snyder also teased that Luthor himself could return, though in what capacity is unknown.

The plot of Justice League will center first on Batman rallying the troops to form the team. Steppenwolf and his Parademon hordes (those flying big-like things seen in Batman’s BvS dream sequence) are on the hunt for three Mother Boxes (those things seen floating in front of Steppenwolf in the deleted scene as well as in the Cyborg origin clip from BvS), and Batman knows he needs help to stop them. Each box is in the possession of either the Atlanteans, the Amazonians, or the humans, and each one is designed to fit the aesthetic of the possessing species. 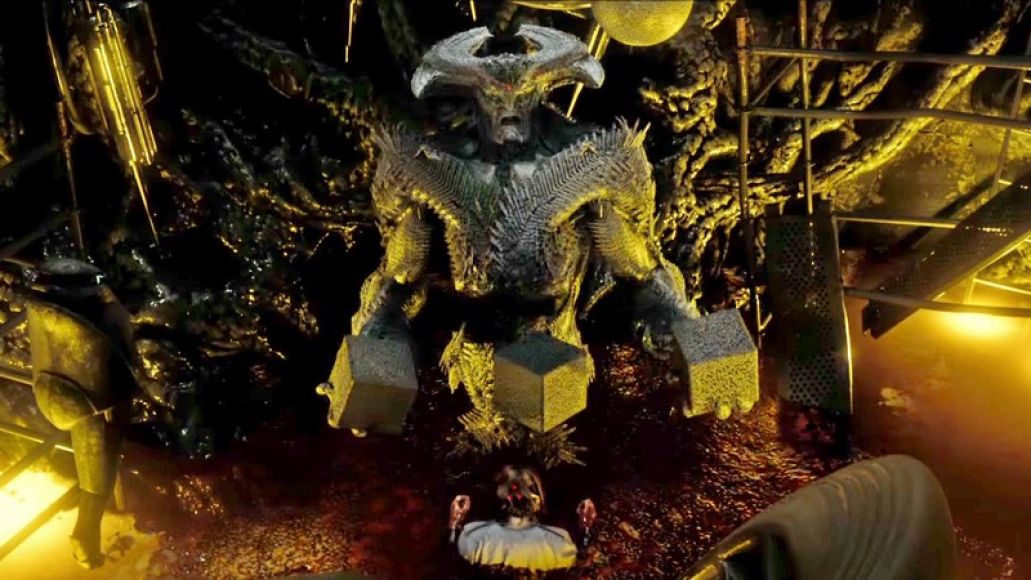 Here’s the official synopsis of the story:

“Fueled by his restored faith in humanity and inspired by Superman’s selfless act, Bruce Wayne enlists the help of his newfound ally, Diana Prince, to face an even greater enemy. Together, Batman and Wonder Woman work quickly to find and recruit a team of metahumans to stand against this newly awakened threat. But despite the formation of this unprecedented league of heroes — Batman, Wonder Woman, Aquaman, Cyborg and The Flash — it may already be too late to save the planet from an assault of catastrophic proportions.”

Yep, Batman has “restored faith in humanity,” meaning we won’t be seeing the same brooding Bruce Wayne Ben Affleck portrayed last time. “He’s no longer extreme in that [cynical] way,” said Affleck, who also again confirmed his plans to direct a Batman solo film once a script is firmed up. “He wants to make the world better.”

Other new character details include a look at J.K. Simmons as Commissioner Gordon. Though his newly bulky frame was covered in a classic trench coat on set, he appeared to have a rather classic Gordon look about him, complete with a hairpiece and bushy mustache. Willem DaFoe’s character was also confirmed; he’ll be playing Nuidis Vulkov, an elder Atlantean advisor to Jason Momoa’s Aquaman.

The set visitors also got a peek at some of the costumes, including Aquaman’s and Mera’s (Amber Heard). While the former looks much like what we’ve seen before, the latter wears a “type of chainmail that blends in with her skin,” described as “almost like scales.” Cyborg will be dressed entirely in CGI, with Ray Fisher mostly playing the part in essentially PJs. The Flash’s (Ezra Miller) outfit seems to be the most interesting, comprised of the type of ceramic plating found on space shuttles to shield against re-entry heat. There are also wires and electrical coils wrapped around the suit, seemingly there to conduct the electricity Flash gives off when he runs. This won’t be his final costume, however, as he’ll reportedly be draped in a sleeker outfit designed by Waynetech before the film’s end.

There apparently wasn’t much to see of Superman (Henry Cavill), as the character isn’t expected to return till later on in the movie. Snyder did say he’d likely have “longer hair,” as that fits his design in the famous The Return of Superman comic. Batman, meanwhile, will rock a similar suit to the early BvS one, only this time with added plating underneath. He’ll also wear a modified version of his heavily armored suit from the BvS final battle, this time weighted differently depending on which parts of his body are more worn down.

Batman will also pilot two new vehicles in Justice League. First is the Night Crawler (or Knight Crawler, it’s not clear), a subterranean vehicle that moves on four spider-like legs instead of wheels. The Dark Knight will use this ride to battle Parademons in an underground tunnel that connects Gotham and Metropolis, the remnants of an abandoned transportation line. He’ll also pilot the Flying Fox, a plane large enough to carry all the Justice Leaguers plus Bats’ new Batmobile. 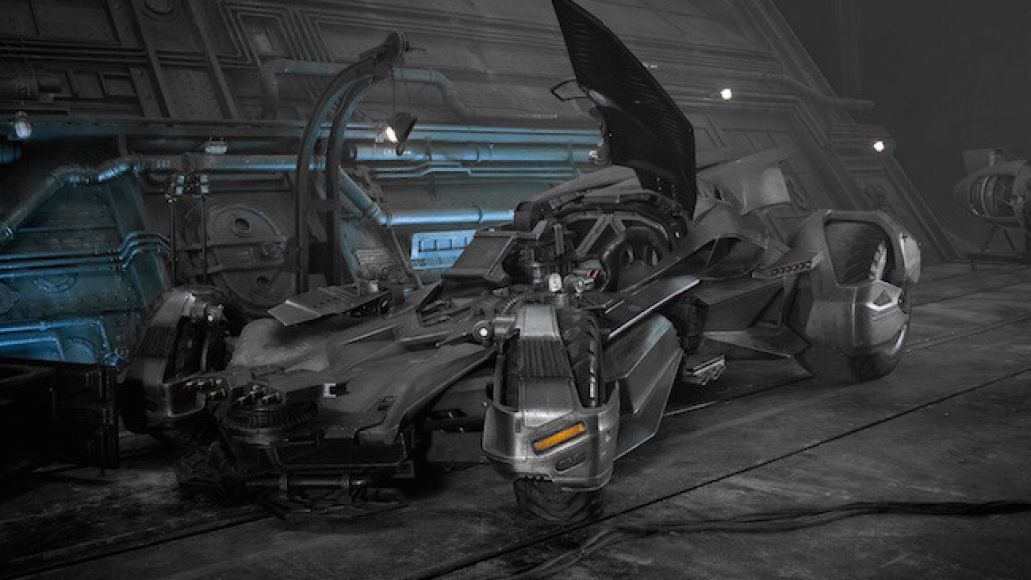 Finally, the lucky journalists were shown one completed scene from the film — in which Bruce Wayne confronts Barry Allen/The Flash for the first time — and one scene being filmed — featuring Batman, Flash, Wonder Woman, and Cyborg meeting with Commissioner Gordon on a roof. For spoilers sake, we’ll let you read those for yourself here and here, but it’s safe to say that there’s a much lighter tone to the proceedings so far. Miller’s Flash provides an abundance of comic relief, as both scenes end with him delivering a charming remark. Even Batman gets in on the humor a bit, with Affleck saying, “That sort of Bruce Wayne, wry, ironic gallows humor comes out.” And one scene even has Wonder Woman smiling.

This lighter tone is almost certainly a reaction to the reception both Man of Steel and BvS:DoJ received for its heavy handling of the comic book icons. Snyder told reporters he’d always intended to shift the tone of each film, but insinuated that the response to the last two made him seriously reconsider his direction. “For me, it [Batman v Superman: Dawn of Justice] is a really personal movie. When Batman v Superman came out, it was like, ‘Wow, oof.’ It did catch me off guard,” he admitted. “I really wanted the tone of the three movies to be different chapters, and not the same note you strike again… because of what fans have said and how the movie was received by some, we have really put the screws to what we thought the tone would be and I feel pressed it a little bit further.”

We’ll see how far it goes when Justice League hits theaters on November 17th, 2017. That’s the official logo at the top of the page. Below, watch a video breakdown of all this new information from JoBlo.