Less than a year after releasing the long-anticipated Act IV: Rebirth in Reprise, The Dear Hunter are set to return with the fifth entry in their six-part concept series, Act V: Hymns With The Devil In Confessional.

However, Crescenzo also notes that this album “will be the final ‘rock’ record in the Act series.” Fans need not fret, though, as this doesn’t mean he’s abandoning the project one release before it’s finished. “… The truth is simply that in knowing what Act VI means to the series, and what its story has to say – presenting it in the same form as Acts I-V would be short selling the creative opportunity it presents.”

Regardless, speculating on when Act VI might drop or what form it will take is getting ahead of things. For now, The Dear Hunter has shared the first listen at what’s coming with Act V. “Gloria” is classic TDH, full of sky-flung choruses and unpredictably shifting instrumentation. Take a listen below.

Below, find the Act V: Hymns With The Devil In Confessional artwork and tracklist. Pre-orders are going on via the band’s website and iTunes.

Act V: Hymns With The Devil In Confessional Album Artwork: 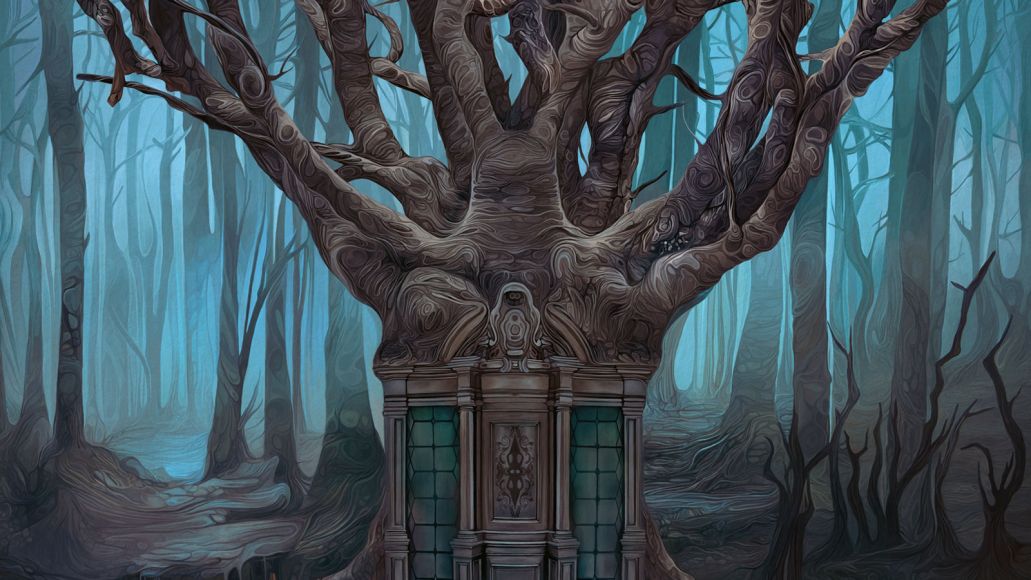 In celebration of all the fans who have stuck with them over the course of their career, The Dear Hunter will embark on what’s been dubbed “The Final Act Tour” in September. Crescenzo called the trek “a celebration for every person who ever toiled over the meaning of a verse; the placement of an illustration; the name of a song; the point of view the lyrics maintain… This tour is for all of you, and we couldn’t be more excited to see you.” What’s more, the band will be accompanied by the entire 36-piece Awesöme Orchestra on the tour’s last stop at San Francisco’s The Fillmore. Find the full itinerary below.