The Pygmalion Festival has revealed its MUSIC and LIT lineups for 2016. Now in its 12th year, the Champaign-Urbana, IL festival continues its tradition of pairing musical acts with critically acclaimed writers. This year’s fest will take place over a record eight days, from Friday, September 16th through Saturday, September 24th. The music portion runs three days, September 22nd – September 24th.

As was the case in 2015, this year’s Pygmalion Festival will include a TECH component as well as an outdoor food festival. The Pygmalion FOOD Festival will take place in Downtown Champaign on September 16–17.

The festival’s TECH, FOOD, LIT, and MADE components are all open to the public and free to attend. Festival passes, day passes, and single show tickets to all MUSIC events go on sale Friday, June 10, at 10 a.m. CST. Purchase tickets here. 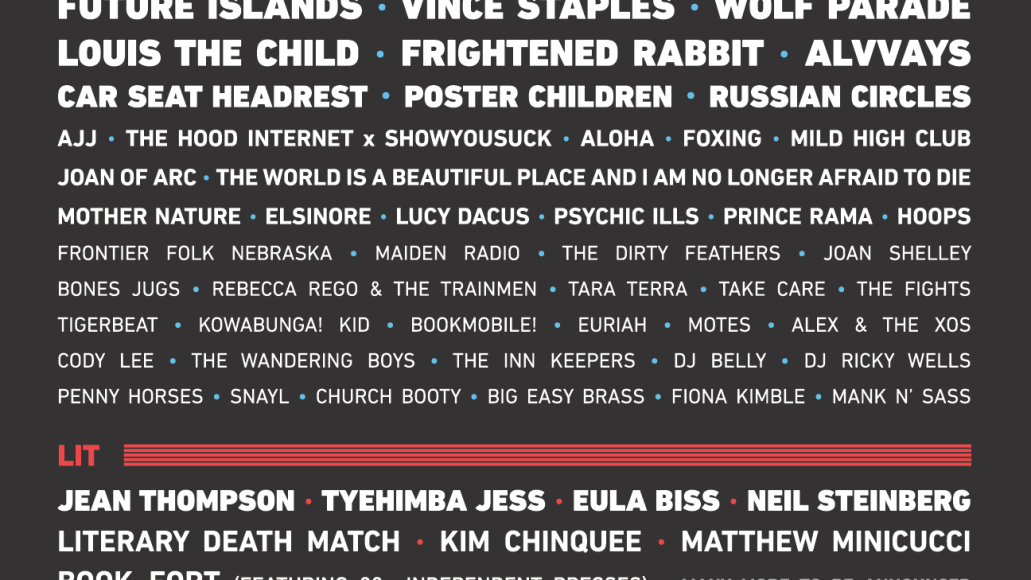