TTNG (fka This Town Needs Guns) know a thing or two about navigating complicated pathways. Their music has always been a labyrinth of math rock, filled with knotty rhythms that would seem to defy the melodies of the vocals. But the complexity extends beyond the recorded music right to the processes of actually getting it onto tape. They’ve been working on their follow-up to 2013’s 13.0.0.0.0, this July’s Disappointment Island, since before that last album was even released, and finding time to work out their intricate compositions wasn’t easy.

“With various touring commitments interspersed between the writing of [Disappointment Island], it was a difficult process to work through,” guitarist Tim Collis tells Consequence of Sound. “Snatching weekends here and there to try to rehash and complete draft versions of songs finally allowed a few more structured ideas to be completed for Hank [Tremain] to work on vocals. Partway through 2014, [drummer] Chris [Collis] and [I] managed to take a little time to try out some new riffs, working some of them into what would become this track, ‘Sponkulus Nodge’.”

All that patient perseverance paid off, though, as the song Collis discusses above proves. “Sponkulus Nodge” is a heady twister of a track, bass lines dropping down like water from stalactites into a pond rippling with Collis’ impossible guitar licks. Yet despite this cavernous vibe, there’s an open air quality that lifts it up on the assurance of Tremain’s vocals and the other Collis’ tripping drums. Take a listen below.

Disappointment Island is due out July 8th via Sargent House. Pre-orders are going on here, and you can find the album art and tracklist below. 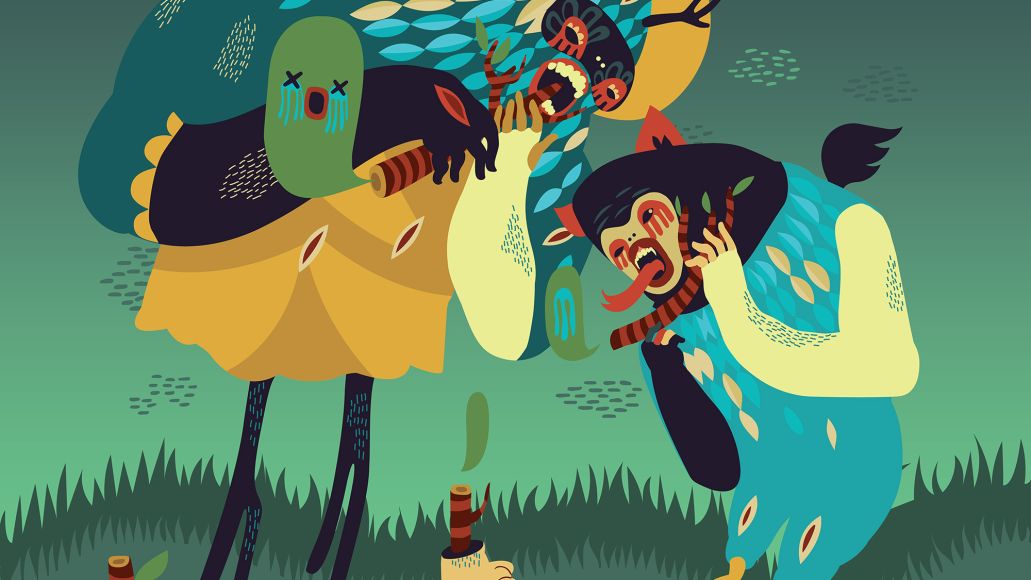