It’s hard to believe we’re already a year past Netflix’s Wet Hot American Summer: First Day at Camp. The good news is that we’ll be back at Camp Firewood next summer when David Wain and Michael Showalter brings the gang back for a 10-year reunion.

In the meantime, the original film’s excellent rock ‘n’ roll soundtrack and score is heading to vinyl next month in celebration of its 15th anniversary. Yes, Rusted Wave has put together a dynamite release for every camper to enjoy on their next trip.

Featuring original music by Theodore Shapiro and Craig Wedren, the 23-track album includes every one of your favorite music moments, from the sweeping title track to the ’80s montage anthem “Higher & Higher” to even Godspell’s “Day Bidet”. 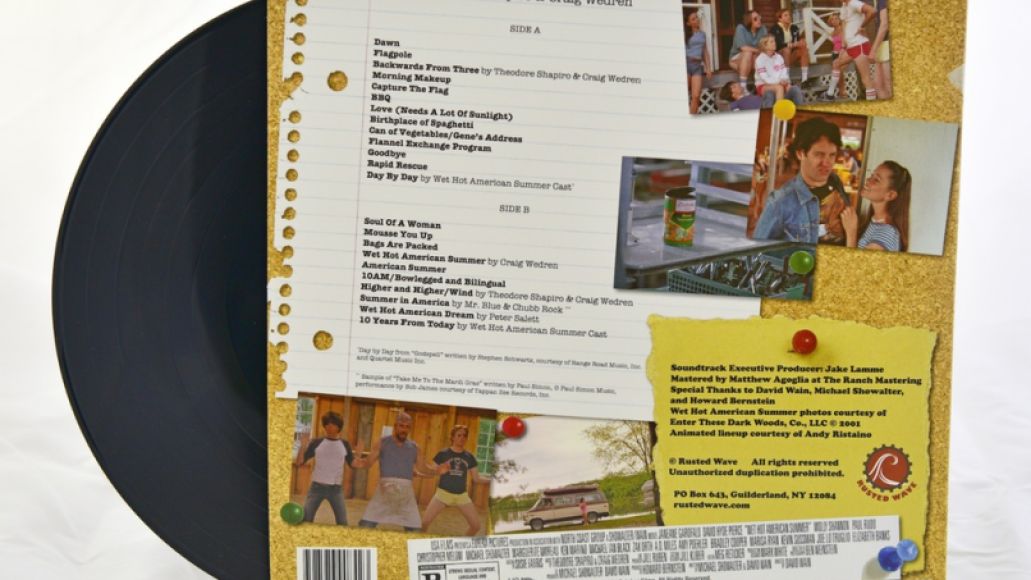 The album’s currently streaming right now via iTunes, Amazon, Google Play and Spotify, but fans might want to opt for the vinyl. Not only does it include behind-the-scenes photos, but also original artwork by Adventure Time’s Andy Ristaino. Grab it here.

In related news, Wedren’s First Day of Camp ballad, “I Am A Wolf, You Are The Moon”, is currently up for this year’s Emmy consideration in the Outstanding Original Music and Lyrics category. As such, he’s issued a music video for it. Watch below.

Last summer, we spoke at great lengths with Wedren about his original compositions for the film and the Netflix series, in addition to his time growing up with Wain and the different stories this franchise can still tell. It’s worth another look.