Hello and welcome members of the Republican Party. Welcome to your 2016 National Convention in Cleveland, Ohio. Welcome to Freedom Plaza* (*pending credentials for approved and strictly monitored outlets and individuals). What is up, you Republicans? GOPpers. Elephant people. Red staters. Tea baggers and Trump pumpers alike, welcome. Trickle-down economics! Viva Alito! Lincoln’s party what is up?! Look, there’s 2010 Super Bowl commercial star Tim Tebow! Oh, he cancelled? Well, uh, check out the C+ celebs like Scott Baio and Antonio Sabato! Jr! And over there is one of the aliens from V, Ted Cruz! And don’t forget to pick up your lamé totes with Trump steaks and a “TRUMP” insignia on both sides!

Sorry. This isn’t meant to be a bashing of Republicans, but rather a little something about the bash for Republicans that goes down every four years. Today, the Republican Party is defined by, well, whatever Obama is doing and then going in the absolute opposite direction. But the face of the Republican Party in the past 30 years has altered so drastically that it’s just so hard to know where they stand and what defines the Grand Old Party sometimes. One must imagine Nixon’s corpse has spun so many times in its grave that it’s a toothpick. 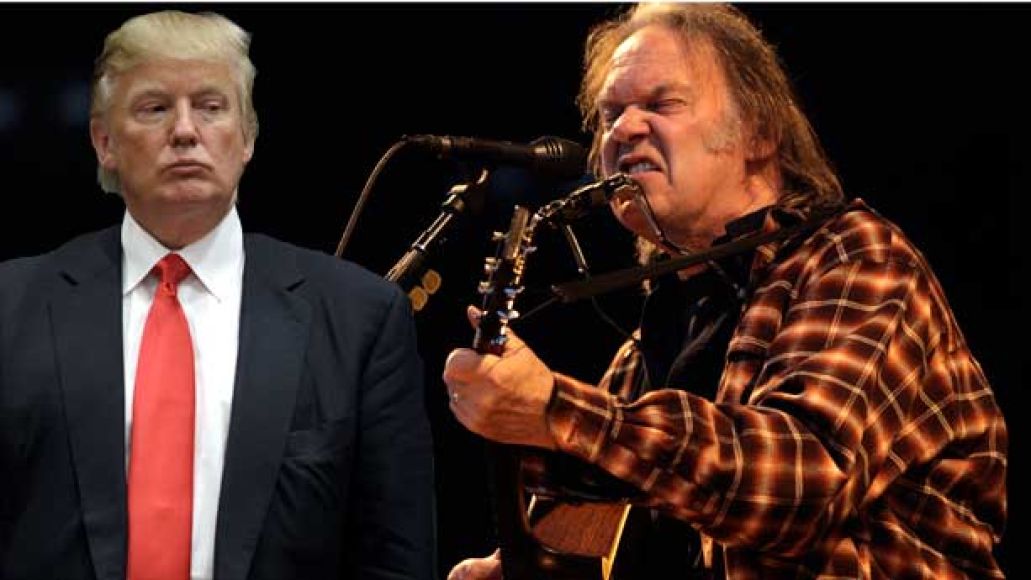 But there’s one thing Republicans have been great at for over 50 years: being asked time and again to stop using popular artists’ music. It’s wild. Pick a prominent Republican presidential nominee, and the playlist of prohibited music could fill dozens of iPods. So, in the spirit of the Republican National Convention, and getting in trouble over copyright laws for misuse of arts at public events, we’re looking back at 10 distinct moments when artists said “no” to Republicans. Because there are few things funnier than the RNC, the party that rock music seems to hate, being hosted in the city of the Rock ‘n’ Roll Hall of Fame.

(*But not before checking with Neil Young first.)