There are many music fans out there who think that country and hip-hop make strange bedfellows. But as Snoop Dogg points out to Bud Light Music Series host Rachael Finley in an exclusive backstage interview, “I love country and hip-hop. They’re brothers and sisters. It’s just a matter of the beat of the drum.”

As if to prove that statement, he joined rising country star Sam Hunt onstage during the latter’s set at the Stagecoach festival on April 29th. After collaborating on two Snoop classics — “The Next Episode” and “Drop It Like It’s Hot” (okay, make that one Snoop classic and one Dr. Dre classic) — the two musicians launched into Hunt’s breakout hit, “House Party”. It was a logical choice, seeing as both of them apparently come from house-party backgrounds, as Snoop told Finley earlier that night. 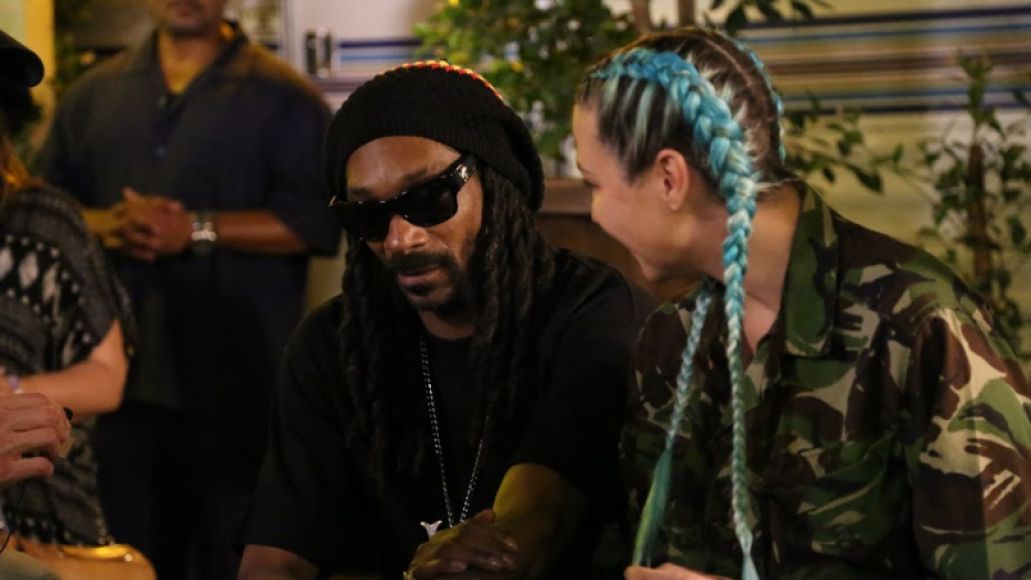 Not only was it the first team-up between the two artists; it was the first time Hunt had ever incorporated hip-hop into one of his live shows, despite being a lifelong fan of the genre.

Making the Stagecoach performance especially celebratory was the presence of Oakland rapper G-Eazy and pop songstress Bebe Rexha, both of whom had already taken the stage with Hunt for yet another hip-hop/country collaboration: a cover of G-Eazy’s “Me, Myself & I”. As they danced with Snoop, Hunt, and a raucous backing band, the stage lights popped furiously behind them, creating a true audiovisual jubilee. 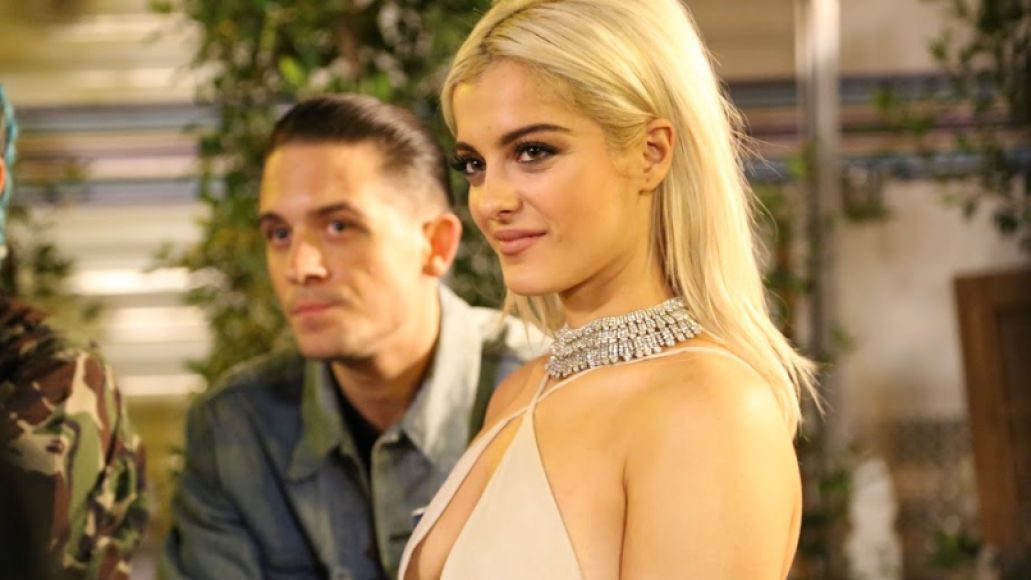 The kaleidoscopic mash-up stemmed from Bud Light Music Series’ mission of bringing viewers never-before-seen collaborations. And the cross-genre mingling didn’t stop with the music either. After the show (and a group selfie in front of the rabid crowd, of course), all of the artists congregated near one of the backstage trailers, lounging in wooden chairs as if they were in someone’s backyard during a barbecue or — more appropriately — a house party.

“Music is for everybody,” mused Snoop as he reflected on the sonic teamwork of the show. To cap off the evening, the rapper led all the artists in a classic “Raise One to Right Now” — the official motto of Bud Light’s latest ad campaign. With their chrome blue Bud Light bottles raised to the sky, they toasted an unforgettable night at the country music festival — if it can even be considered a country music festival at all anymore. 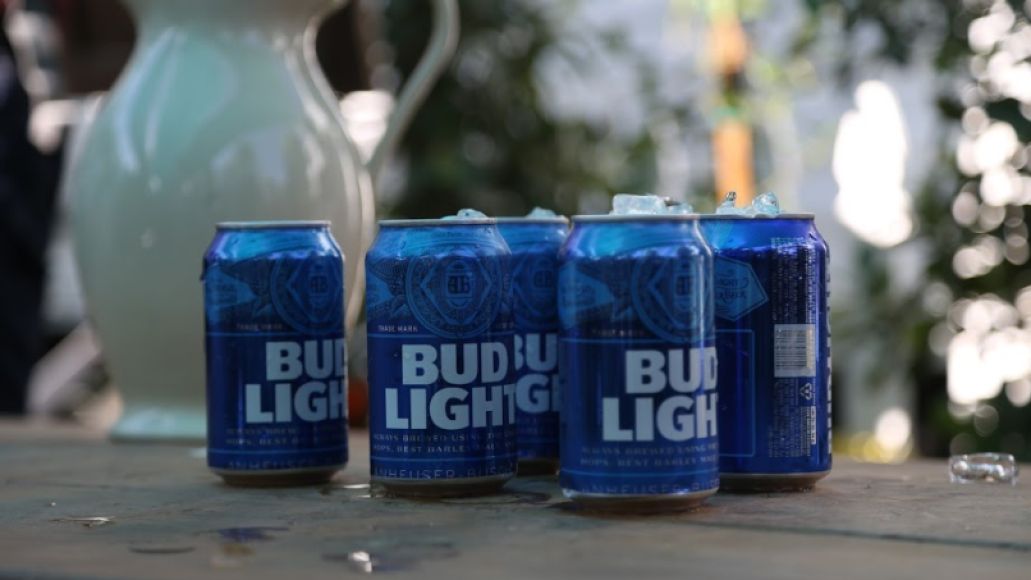