Growing up as rebellious Catholic school students on Staten Island, the members of Bueno have plenty from which to draw inspiration. They recall coping with Catholic guilt and the days when they would sneak into underage rock shows or travel to random nearby locations to play shows of their own. Since then, the rockers have continued to use music as an outlet to situate themselves in the world, which is best illustrated on their upcoming sophomore effort Illuminate Your Room, out August 19th.

Much of the record was written by frontman Luke Chiaruttini while they were on the road, touring behind their 2015 debut, Guilt. But while written on a literal road, Illuminate Your Room is more of an “internal journey, a meditation on Chiaruttini’s own push and pull relationship with society in all its forms,” according to the press release.

The latest single off the album, “Eye on the Card”, sees Chiaruttini acknowledging the familiar absence — both mental and physical — that comes with constant travel and unrelenting schedules when he states, “I’m never home, I’m always away.” More directly though, “‘Eye on the Cards’ addresses the hypermasculine world of professional poker,” Chiaruttini tells Consequence of Sound. “Where both your mind and body need to be sharp but your social skills waste away on crowded casino floors and foreign hotel rooms.”

Chiaruttini’s ominous and semi-spoken vocals, when paired with the doomful drumming and distorted guitar chords, result in a cautionary track that both succumbs to and warns of what happens if you keep your eyes on the cards. Or even worse, what can happen when you look away.

Listen to “Eyes on the Cards” below. The album is available for pre-order here. 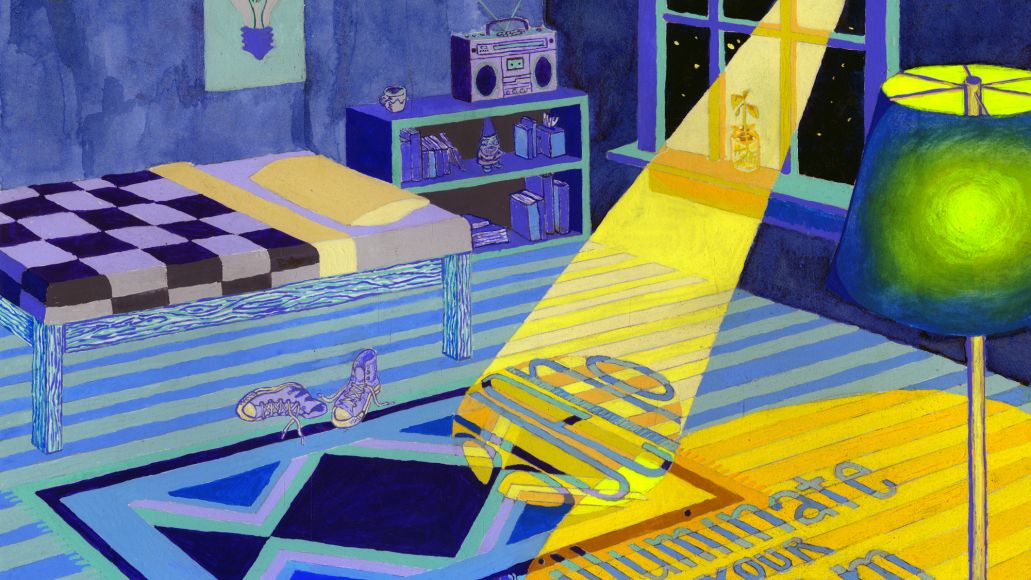