Detroit rapper Danny Brown has always been one to dip his toes into a variety of genres. That’s how he ended up working with the likes of Clams Casino and The Avalanches, and saying that his latest album is inspired by Talking Heads. Now he’s decided to display his vast palette right on the cover of that new LP by naming it after a Joy Division song.

The name of my next album is 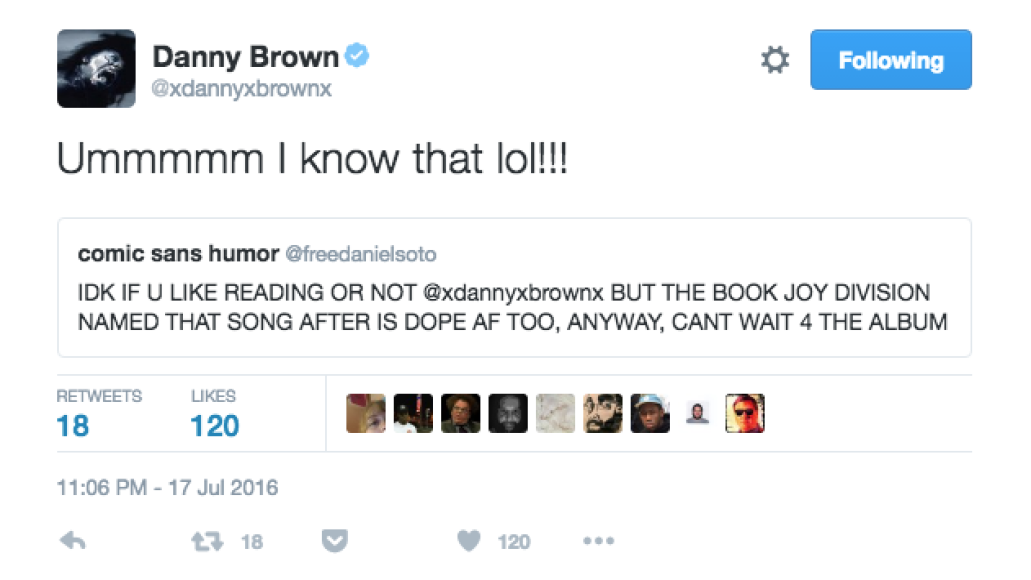 There’s no word yet on when the long-awaited follow-up to Brown’s 2013 release, Old, might drop, but you can watch the video for lead single “When It Rain” below.