Devin Graham was just a baby when he started making movies. He’d shoot faux music videos with his siblings, eventually moving on to stop-motion Legos stories. After graduating from Brigham Young University’s film school, he took things to the next level by forming the Devin Super Tramp YouTube channel. By utilizing the latest technology to tell visual stories “that connect with us when we were children,” the channel has since amassed over 4 million subscribers and 765 million views on over 200 channels, and Graham’s team isn’t stopping.

“Okay, what’s the next big thing,” Graham says he’s constantly asking himself. “What will get me to the next level?” Right now, the answer is “going big.” “For years, we’ve filmed everything at 16:9,” he says. “Now, the camera technology is there, so we can shoot at 21:9. That’s huge for us; now we can make it look like it was an actual movie.” 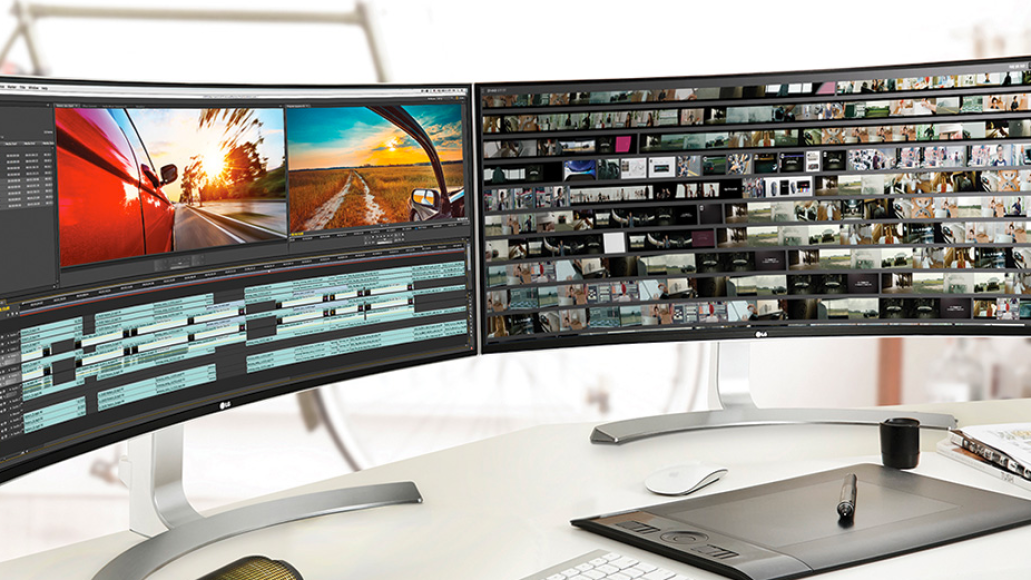 But being able to shoot in that aspect ratio is only half the battle; it takes the right tools for Graham to edit those videos in the best way possible. “When we go out on location, we’re basically getting all the paints possible. Then we get into the editing room, and tha’s when we start painting and basically exposing that canvas we want to share with the rest of the world. We need the biggest canvas possible to tell those.”

That’s when he gets seriously professional with LG’s range of UltraWide® 21:9 monitors. Take, for example, his latest video with some of the world’s best Pogo riders: Dan Mahoney, Dalton Smith, and Nic Patino. Graham went out and shot the riders in extreme locations from urban rooftops to the Grand Canyon. When he came back to his Provo, Utah studio, he sat down at his dual LG monitors to bring all that action together. 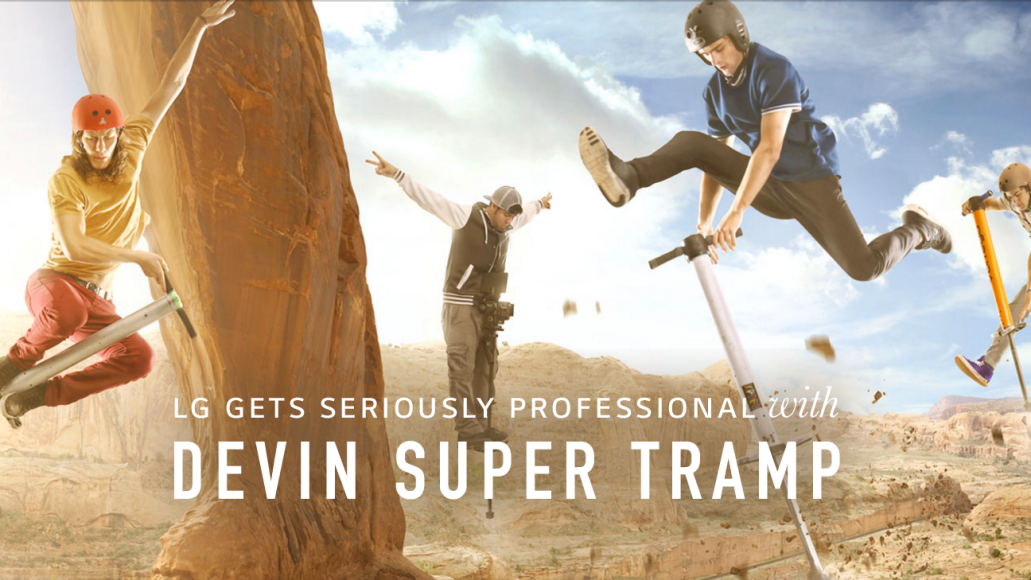 And the videographer/editor/producer doesn’t want to keep this tech to himself, either. Graham appreciates his fans more than anything, saying, “We try to do everything we can to give back to them because they’re the ones that are giving us the views.” As such, he’s begun creating behind-the-scenes and tutorial videos detailing how exactly he makes use of technology like the Glidecam and the UltraWide® monitors. 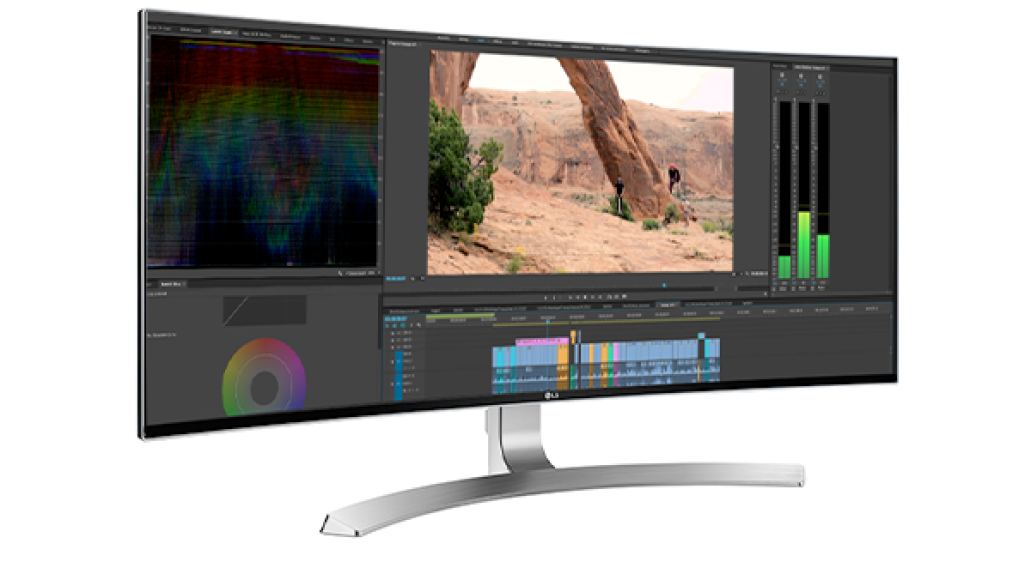 “I honestly love that relationship, I love giving back, and I love all the e-mails we get from people saying, ‘You changed my life. I’m doing what I love to do.’” And Devin is more than happy to keep inspiring. “Whatever we can do to help, we do… because seeing that passion inspires us to keep doing what we’re doing.”